The Avant is a good 3D performer, though a couple of flaws stop it short of being a great one. In the pro column, detail levels are outstanding as the set upscales very well 3D Blu-rays to deliver a 4K 3D image. Images are also bright and colour-rich despite the inevitable dimming effect of B&O’s 3D glasses, and while flickering is a problem if your room is bright, you shouldn’t feel impacted by it if you dim the lights.

There’s a good sense of space and depth in 3D images too, thanks to the sharpness and brightness of its 3D playback enabling the Avant to clearly delineate key visual depth ‘markers’. 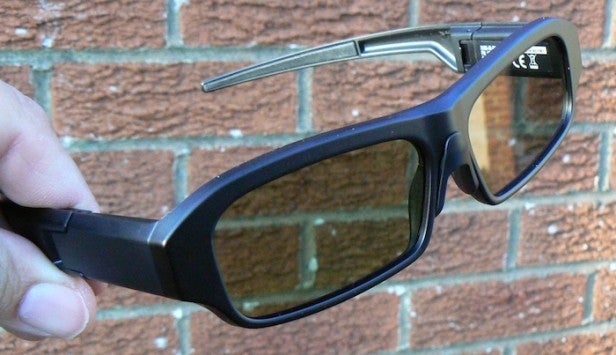 The flaws we mentioned are slightly more crosstalk ghosting noise around either very foregrounded or very distant objects than we now see from the best 3D TVs, and a slightly indistinct look to rapid motion. But at least the set doesn’t suffer excessively with the judder commonly witnessed with 3D playback, and the flaws don’t prevent the Avant from still being a fun 3D experience.

Even by the B&O’s consistently peerless TV audio standards the Avant is a bit special. Focussing on just its built-in speakers to start with, the use of a dedicated centre speaker between the left and rights is a revelation, enabling the set to deliver a level of dialogue clarity you just couldn’t get with a simple stereo arrangement.

Providing a centre speaker also leaves the left and rights freer to really get stuck into meaty parts of the soundtrack, delivering action movie staples like gunfire and explosions with a power, directness and force you’d normally need a seriously high-end sound bar to match.

Even a high-end sound bar would struggle to match the gorgeous finesse the Avant combines with its raw power. The speakers reproduce soundtrack subtleties more precisely and elegantly than any other TV we’ve heard. And they do so no matter how dense the soundstage becomes, and without so much as a hint of treble harshness.

Then there’s that rear-mounted subwoofer. We had worried that the way this angled subwoofer fires up and out through an actually quite narrow vent could cause boominess or distortion, but not a bit of it. Instead very impressive and well-rounded amounts of bass meld immaculately into the bottom end of the wide mid-range delivered by those terrific left, right and centre speakers. 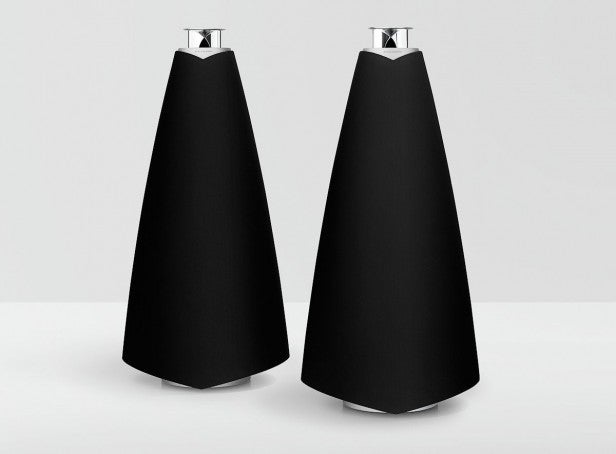 All this sonic loveliness is coming, let’s not forget, from the Avant’s most basic audio configuration. You can add pretty much any number and type of B&O external speakers to the set – and we know enough from demos we had of the Avant running with various speaker models at B&O’s launch event in Struer how incredible a full multi-channel surround system can sound. As for the pair of BeoLab 20’s we were sent with the TV, they sound nothing short of spectacular. But then they should, really, considering they cost the best part of £7,500 each!

For us the more remarkable audio achievement comes from the fact that the Avant sounds so good with just its internal speakers. Especially given the set’s unexpectedly aggressive (by B&O standards) £6k price point.

While we discussed at length the main TV’s design, we haven’t yet mentioned the design of the Avant’s remote. But we need to put that right, as it’s the most beautiful remote we’ve ever wrapped our hand round.

For starters it’s beautifully built almost entirely from B&O’s trademark polished aluminium, which feels as lovely in the hand as it looks to the eye. It’s also gorgeously long, thin but beautifully balanced, making it ultra-comfortable to hold.

Its button layout is reasonably sensible too, but the star of the show is the LED display at its top end, which provides a beautifully rendered scrollable text interface that’s much quicker and more effective to navigate for basic tasks than normal TV onscreen menus (though obviously these are used too by the Avant for more complicated activities).

The LED on the remote also makes it easier to use it to access other products in a wider B&O system installation.

B&O TVs have tended to struggle a little where input lag is concerned, compromising their appeal as video gaming monitors. But B&O is adamant that it has sorted this out for the Avant, and our input lag measurements of around 66ms are indeed reasonable (though not spectacular) for a 4K TV.

Should I buy a Bang & Olufsen BeoVision Avant?

If you’re a reasonably well-heeled sort with a serious interest in product design and AV quality, you’re probably already on your way to your nearest B&O store to snap an Avant up.

Even if the Avant isn’t immediately within your financial grasp there are plenty of reasons to try saving up until you can afford one. Especially if its peerless multi-room automation and audio flexibility fits your house plans.

The Avant’s sparse online service and lack of both HEVC and full HDMI 2.0 support are unfortunate. It’s impossible to ignore the fact, either, that you can get outstanding 65-inch (versus the Avant’s 55-inch) 4K TVs with much more extensive smart features, Netflix 4K compatibility and HDMI 2.0 ports from Sony and Samsung, in the shape of the 65X9005B and UE65HU8500, for £3,500 and £4,000 respectively.

But then those TVs don’t do all that lovely unique B&O ‘stuff’ the Avant does.

The Avant is a very pleasant surprise from B&O. It’s great to see the luxury brand embracing the new 4K picture format so early and, for the most part, so successfully, while also delivering stacks of the gorgeous B&O bells and whistles we’ve come to expect at an unexpectedly unscary price.

Next, read our pick of the Best TVs so far this year.