The Ausounds AU-Flex ANC’s 15-hour battery life and active noise cancellation enhance day-to-day use, but the sound might not be quite what you expect if you’re drawn in by the idea of planar magnetic earphones.

The Ausounds AU-Flex ANC are unusual earphones. They’re a neckband model, not the true wireless type now the norm for in-ear headphones, and come with a very unusual driver setup.

The Au-Flex ANC have a hybrid driver with planar magnetic and dynamic components. The first planar magnetic earphones I came across were the Audeze iSine 10, which have sizeable earpieces and open backs – pretty useless for most situations in which you’d use a set of earphones.

These earphones are much more accessible. They offer water-resistance for sporty use and active noise cancellation for those times you travel. And while their 15-hour battery life doesn’t set any new standards, it’s better than what you get from a true wireless pair.

The AU-Flex ANC’s sound is a mixed bag. Bass is powerful and the upper-mid refinement is solid, but bass composure and decay could be better, and the mids don’t provide as much projection and texture as I was hoping for from a pair of earphones marketed to a more audio-obsessed crowd.

At this price you could pick up our favourite true wireless set, the Sony WF-1000XM3. Several more direct rivals, such as the Bose QuietControl 30, have actually been discontinued in favour of true wireless alternatives.

The Ausounds are neckband wireless earphones, not the true wireless kind that appear to have become the default style over the past year or two.

Never owned a pair like this before? A rubbery piece sits around your neck, formed roughly to the shape of your nape. Control units sit by your collarbone, holding the battery, the electronics and controls. This means that only the driver and its housing needs to fit in the earpieces.

Ausounds uses an audiophile-like design for the earpieces. Formed hooks run over your ears, rather than letting the cable dangle down. However, unlike the style used by classic multi-driver pairs, the hook section here isn’t malleable. You can’t alter its form, and I found this can lead to it gradually working the earpieces out of your ears if you wear glasses and go for a run.

The tips don’t help, either. They’re weak-walled, and it’s difficult to achieve a firm seal unless you get lucky and one of the three sizes included matches the diameter of your ear canal. If you buy a pair of Ausounds AU-Flex ANC and they don’t sound right, this may be the cause.

Earpiece design is decent, but not quite as it may appear. The outer part of the AU-Flex earpiece is aluminium, but the rest is plastic. However, this is sensible since it keeps their weight low.

Wearing these earphones for running was a mixed experience. The neckband had a tendency to gradually rotate around the neck, eventually falling off completely. This effect seems to vary depending on the item of clothing you’re wearing on your top half.

Nevertheless, the Ausounds AU-Flex ANC are fine for walking and most gym work, particularly since they come with IPX5 water-resistance. This can handle (more of less) everything but full submersion in water.

Active noise cancellation is the lead Ausounds AU-Flex ANC feature. This uses microphones to analyse outside noise and cancel it out.

It isn’t at the same level of effectiveness as the best Sony or Bose earphones, but there was still an appreciable difference when I tried them out on a train. As is usual, ANC primarily blocks the lower frequencies, and the earphones already passively block a decent amount of higher-frequency noise if you get a good tip seal.

The Ausounds AU-Flex’s noise cancellation doesn’t transport you to a noiseless paradise; but it introduces only a very slight hiss and it doesn’t have a major effect on sound quality or tone.

You control ANC with a single press of a button on the neckband. Press the button again and the monitor mode switches on. This is effectively the opposite of ANC, using the microphones to pipe in some outside noise so you can hear train announcements and nearby cars, for example. It works well, and doesn’t sound too unnatural.

The Ausounds AU-Flex ANC also come with one type of advanced codec support – they can handle LDAC streams. This was originally a Sony-only format, but now lots of Android phones support it. The actual quality of transmission depends on the phone you use (and signal strength), since LDAC runs from bit-rates of 330kbps to 990kbps.

The Ausounds AU-Flex ANC use an interesting kind of driver. It’s a hybrid that has a planar magnetic speaker for the highs and a dynamic unit for the lower frequencies. Ausounds’ own internal diagram – printed on the back of the box, no less – suggests the two are part of the same enclosure. This isn’t the classic multi-driver earphone design, where the manufacturer has to find a way to cram several balanced armatures into a little earpiece.

This hybrid driver is also responsible for the qualitative highs and lows of the AU-Flex’s sound.

The extent to which these earphones push the low treble without resulting in harshness or sibilance is probably their greatest strength. I’ve been a planar magnetic headphones fan for well over a decade now, and while we only really get a planar ‘tweeter’ here, there’s some of that low distortion character often associated with a planar magnetic setup.

These earphones have a slightly bright but non-harsh sound, helped by the higher-frequency push sitting in the high-mids and low-treble, rather than amplifying shimmering cymbals to ear-slicing levels. However, I don’t think the two sides of the driver always work in harmony. At times the bass sounds a little slow, a little puffed-up, which is at odds with the character of the higher frequencies.

The mids are also too timid to act as an effective bridge between the boosted bass and lower treble. It sounds as though the frequency remit of the planar magnetic driver is somewhat narrow, and the dynamic component doesn’t have a particularly controlled approach.

Texture and detail in vocals comes from the upper-mids and above, leaving the slightly deeper parts with less presence and body. Vocal lines often end up less well-projected in the mix than they should be, particularly if they have to compete with the bassy stabs the Ausounds AU-Flex ANC’s dynamic driver is particularly keen on bringing out.

The result isn’t unpleasant, but it does make you wonder quite what Ausounds was tying to achieve here. There are hints of planar magnetic refinement, matched with a pretty boisterous dynamic driver, one whose bass decay could be significantly better.

You don’t want a true wireless pair The Ausounds AU-Flex ANC are neckband earphones. They’re less easy to lose than true wireless earphones, and there’s no worry about an earpiece dropping from your ear and onto the ground. You also get better battery life from this style of earphones – 15 hours with ANC switched off and 10 hours with it turned on.

You want class-leading ANC The Ausounds AU-Flex ANC’s active noise cancellation is solid. It stops public transport noise trampling all over your music, but it does not transport you to a blissed-out world of silence.

The Ausounds AU-Flex ANC’s 15-hour battery life and active noise cancellation enhance day-to-day use, but the sound might not be quite what you expect if you’re drawn in by the idea of planar magnetic earphones. 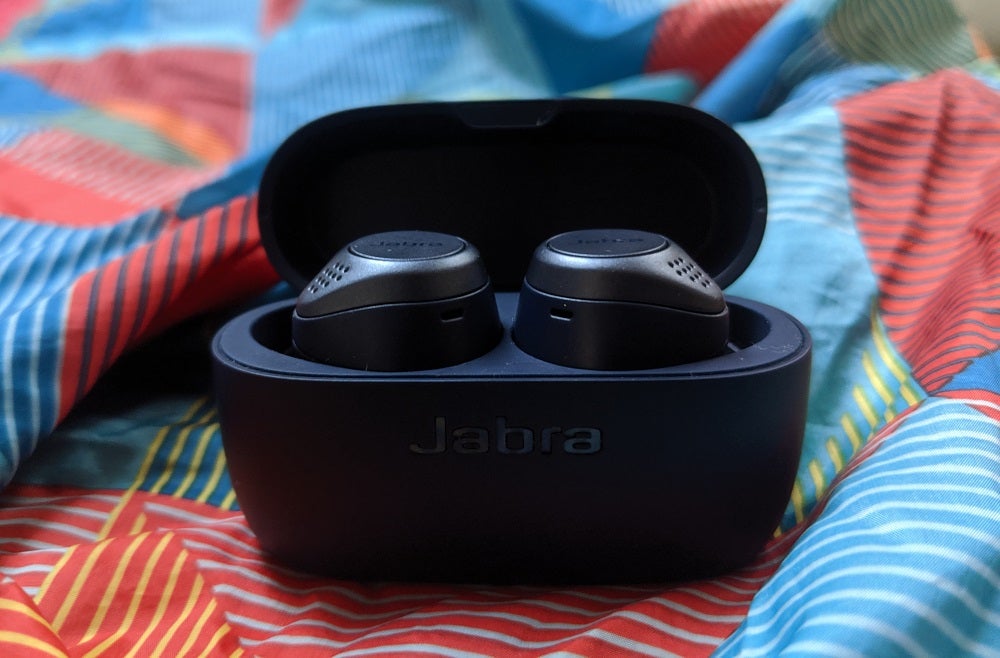 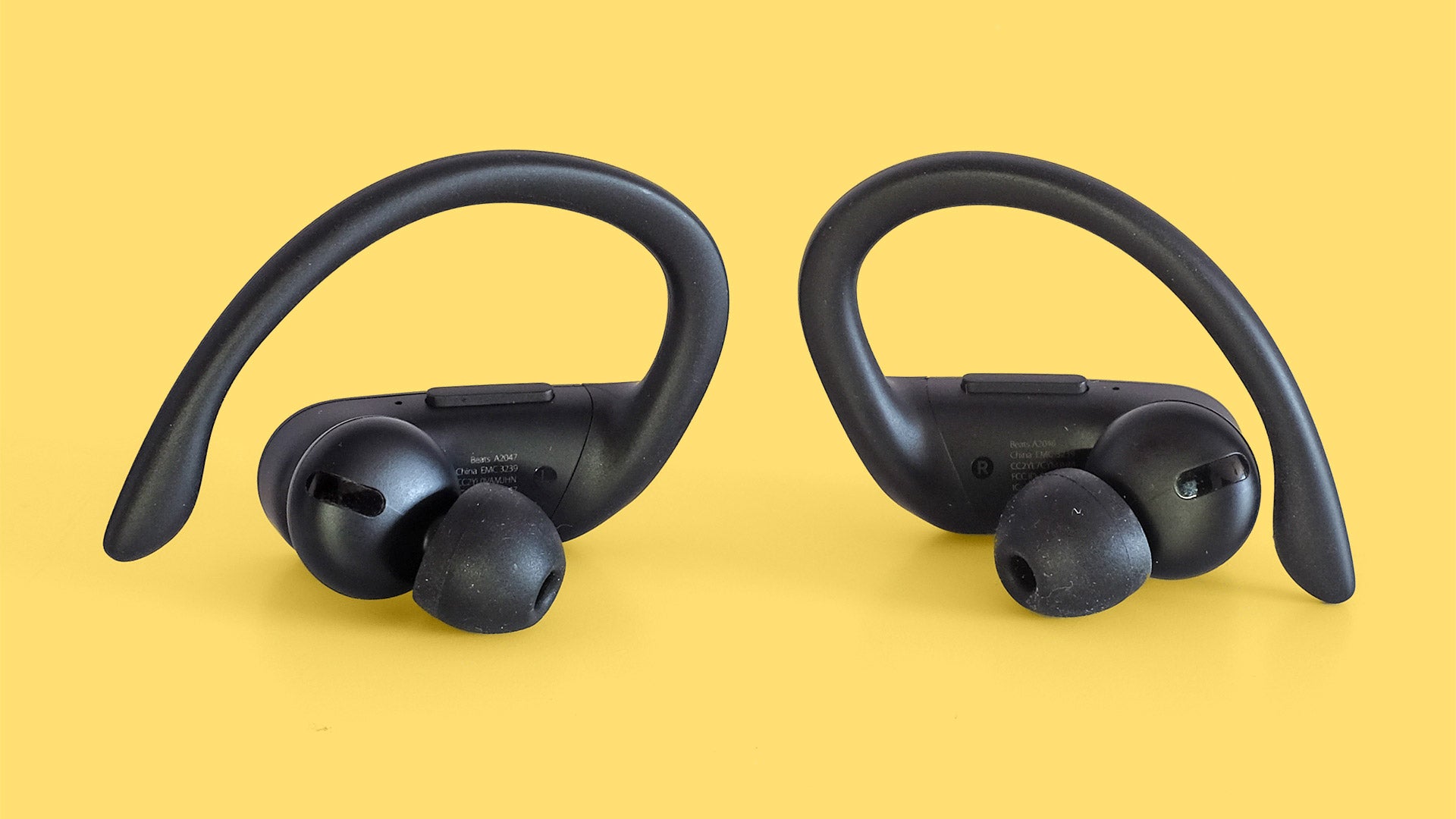 The AU-FLex ANC have an IPX5 resistance, which means they’re good enough to resist sweat and water, with dirt possible to be rinsed off with a spray of water