It isn’t easy to find a pair of inexpensive wireless headphones that sound great. The best performers usually sport a price tag that goes into triple figures, and include fancy features such as active noise cancellation or touch controls. Affordable models tend to be more basic, of the sporty in-ears variety. But what if you want neither?

Then consider the Audio-Technica SonicFuel ATH-AR3BT, which fit in nicely in-between the two types. These on-ear headphones cost an affordable £99, but they’re not designed for use in the gym. They don’t have the flashiest features, but they do offer impressive audio performance.

For those looking for good sound with no strings attached, the SonicFuel ATH-AR3BT offer fantastic value for money. 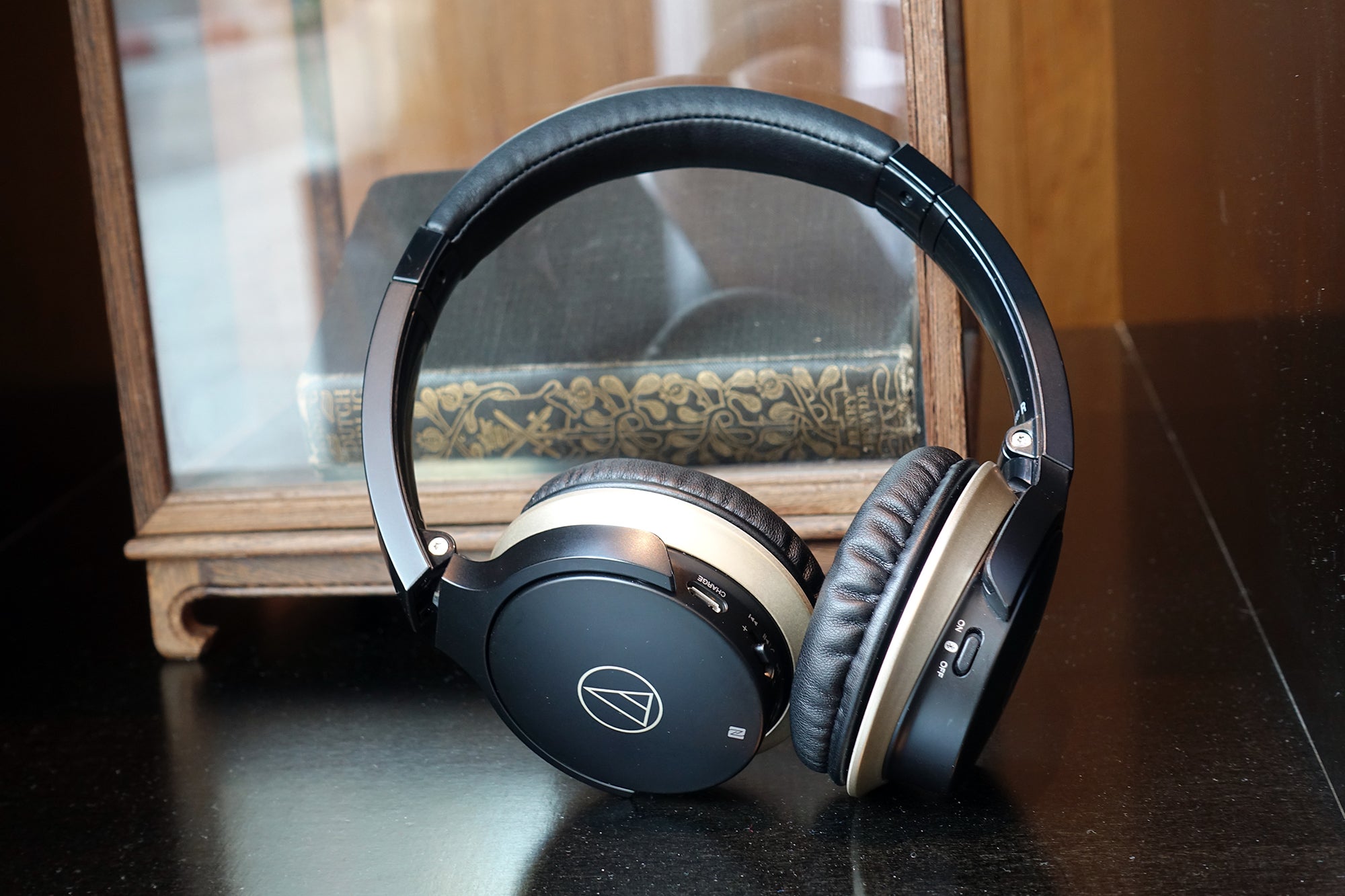 The ATH-AR3BT are £99 headphones, so a build made from fancy materials was never going to be on the cards. Instead you get a metal frame wrapped in plastic, but these headphones neither look nor feel cheap.

You get a mostly matte finish (in black or white), with synthetic leather on the headband and ear pads. I like the minimalist approach to branding, which comprises a small Audio-Technica logo on each ear cup. The champagne gold accents won’t be to everyone’s tastes, but it’s unlikely that you’ll be accused of being too bling.

At 190g, they’re light enough to carry around or wear all day without feeling like a burden – although they’re very well built. The headband expands with satisfying clicks. The hinges (where ear cups fold in towards the headband) are solid. There’s no creaking or squeaking.

They’re comfortable, too. The foam-filled ear pads make it easy to find a good fit, and clamp force is judged well. The headphones grip firmly without squeezing, and stay put through reasonable motion: running for the bus is fine; but I’d advise against head-banging.

The left ear cup features a slider and clicker, which controls playback and volume. It’s a little fiddly in use, since you need to slide and hold for a couple of seconds to change tracks, but it won’t take long to become familiar.

It is also here that you’ll find the micro-USB port for charging and a 3.5mm headphone jack for wired use. Cables for both are included. What isn’t included is a case, which is a shame, because even with gentle use I’ve already spotted some very minor scuffs.

The left ear also houses the NFC chip – touch this with a compatible phone for quick Bluetooth pairing. Or you can pair Bluetooth in the usual way, using the power/pairing switch on the right ear cup.

On the subject of Bluetooth, these headphones are compatible with aptX, which means better audio compression. You’ll need an aptX source, though.

Audio-Technica says the ATH-AR3BT should see you through up to 30 hours of playback. That feels about right – I used them regularly for about a week before they ran out of juice. A full charge takes five hours. 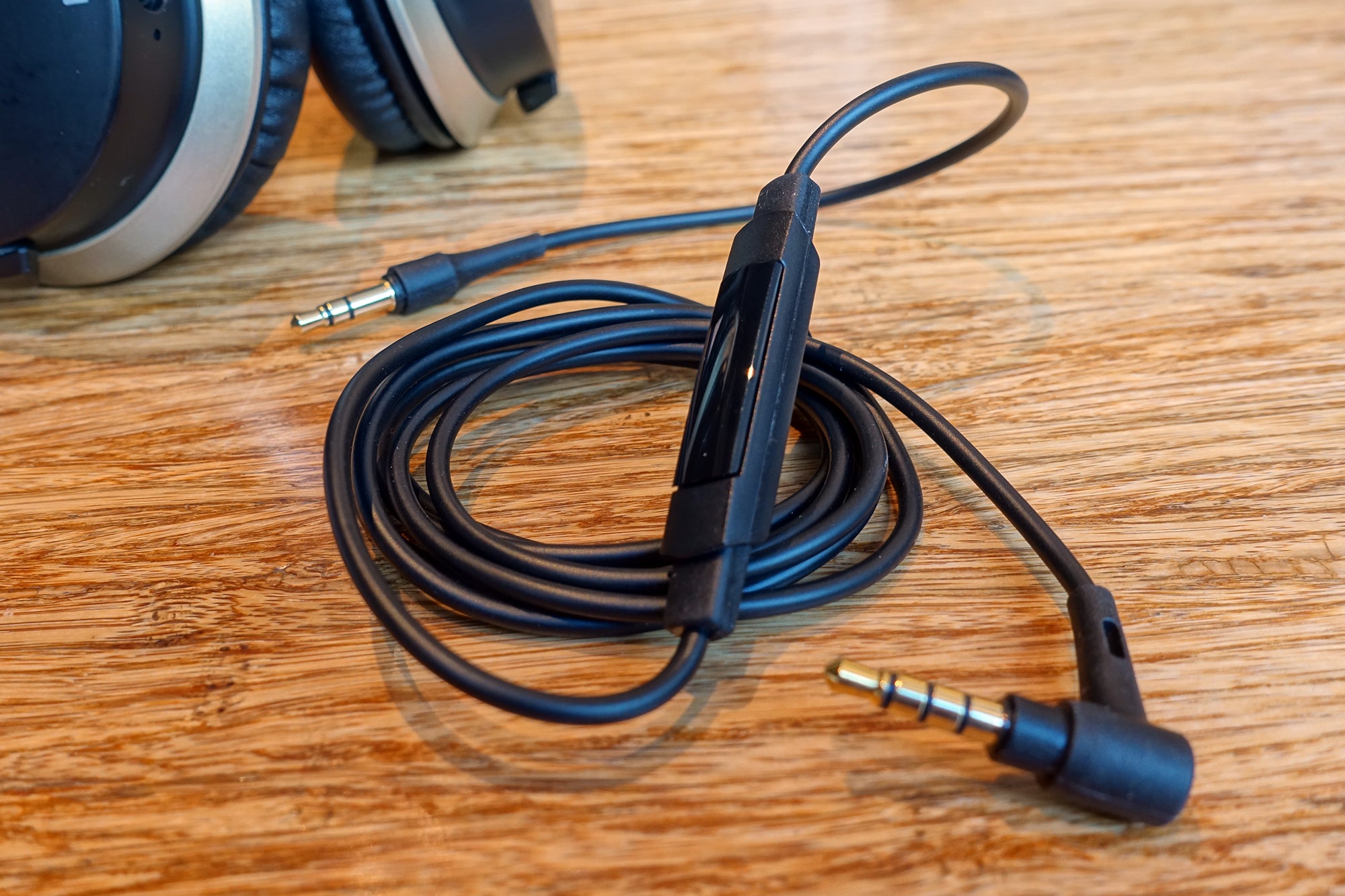 The most important thing here is that the Audio-Technica ATH-AR3BT are great-sounding headphones. They easily overcome the most common hurdles that trip up lesser rivals.

Hurdle one, the hiss. Many budget wireless headphones suffer from a distracting and irritating whine, but not the ATH-AR3BT. These headphones offer a clean connection that never gets in the way of the music.

Hurdle two, the drop-outs. Again, not a problem here. These headphones pair swiftly and then latch on – even when I left my phone on the sofa and went to another room on the other side of my flat, a distance of about 20 metres. This will depend on your source, but in general you’ll be fine as long as you don’t walk off without your music.

Free from these issues, you’re left with only your music – and it’s an enjoyable listen. It’s a neutral sound with a fairly flat EQ, and no particular emphasis on any part of the frequency range. This makes the ATH-AR3BT excellent all-rounders for a range of genres. The treble is crisp and delicate. It’s never hard or scratchy, even when the volume goes up – and these headphones can get loud. The mid-range is direct and expressive, with vocals never hogging the spotlight.

Bass definition is impressive. There’s a tautness and control that does justice to the double-bass in Gregory Porter’s ‘Liquid Spirit’. The Audio-Technica ATH-AR3BT don’t offer the bass boost of the Urbanista Seattle, but the low-end is extended enough to keep Massive Attack fans happy.

These headphones don’t offer a huge sound, but there’s a good sense of space and stereo image. Close your eyes and it’s easy to locate instruments and singers. What really impresses is how composed these headphones remain, even when fed music that’s more chaotic, such as System of a Down’s ‘Sad Statue’. Audio-Technica has wisely refrained from pushing these headphones beyond their ability – as such, they deliver a confident, punchy sound, and sibilance isn’t an issue.

If I had to nitpick, I’d say these headphones could do with a little more dynamism, but that’s not to say they don’t display any bite.

As is often the case with wireless headphones, the wired performance is better. In this case, the sound is a little cleaner, more solid and more expressive. It isn’t a significant difference, mind. 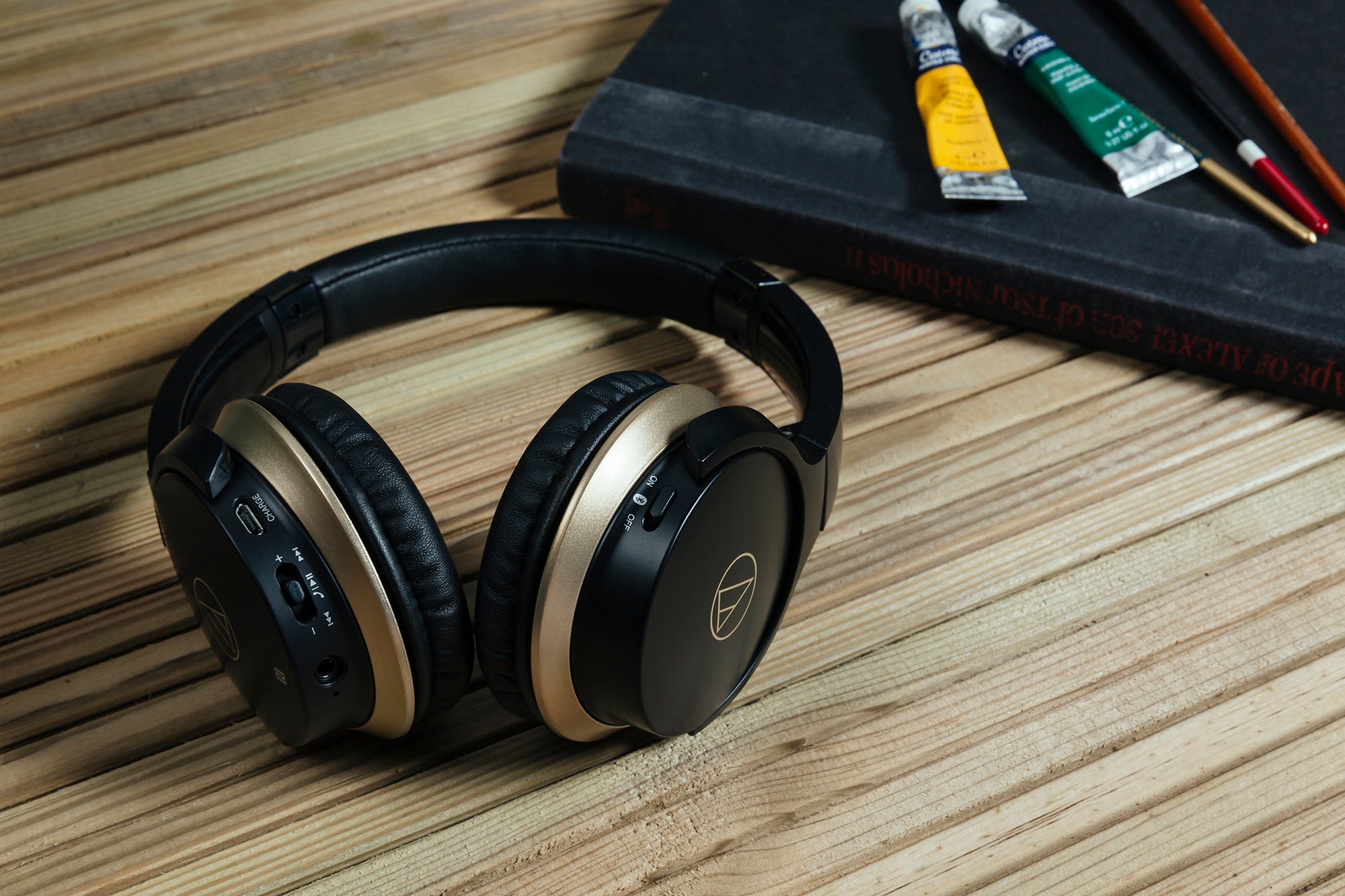 There’s very little criticism I can level at the Audio-Technica SonicFuel ATH-AR3BT. Only that the control slider is a little fiddly and a carry case would have been nice – but that’s it.

They look good, they sound great, the wireless functionality works flawlessly – and all of this is yours for just £99. If you want to cut the cord, and you’re not fussed about having the latest features such as noise cancellation, you should look no further.

The Audio-Technica SonicFuel ATH-AR3BT are some of the best headphones under £100.