Asus’ ZenUI has always been a heavy-handed skinned interpretation of Android. In the case of the ZenFone 5, the phone comes running the latest 5.0 release atop Android 8.0 Oreo. That means native features such as refined app shortcuts, but also a host of ZenUI-specific functionality dropped on top.

There’s a lot of cosmetic and interaction-related functionality on offer. The Themes app features first and third-party themes and wallpapers, which you can download (some are paid-for, but most are free) and apply to alter the look of the phone’s user experience. 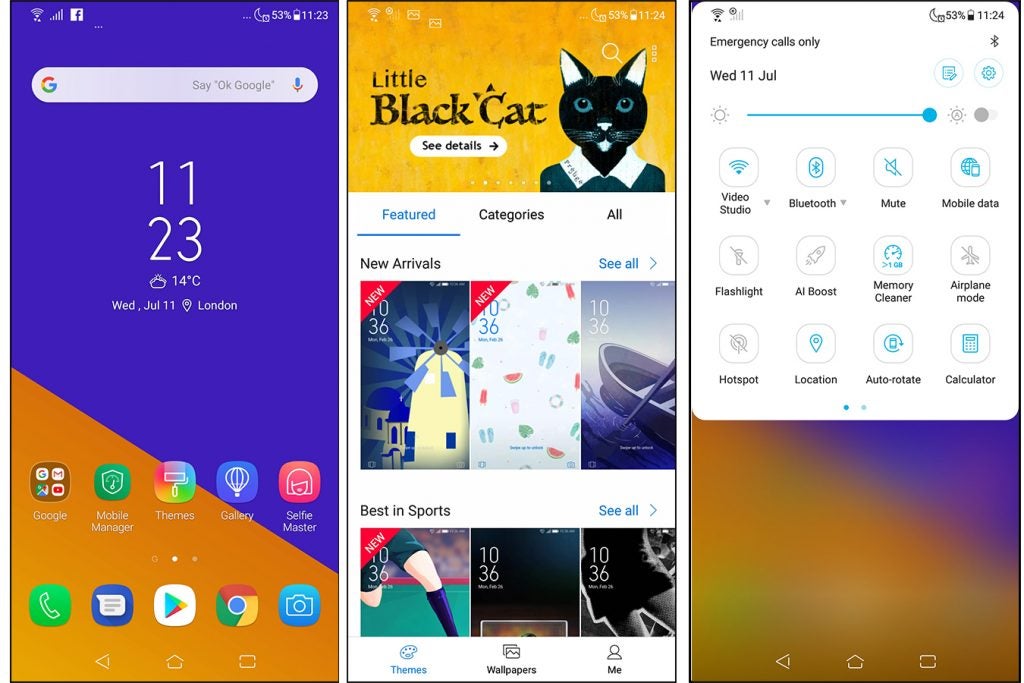 I appreciate small touches, such as the ability to swipe down anywhere on a homescreen in order to reveal the notifications shade and quick settings (which is a customisable gesture). This is something that, with a little fiddling in the settings, can be pulled off with a swipe down on the fingerprint sensor too – it’s particularly useful on a larger-screened device such as the ZenFone.

If you want a true full-screen experience, you have the option to hide the on-screen navigation keys on an app-by-app basis. The phone also has the ability to force apps that don’t support its native extended aspect ratio to scale to it anyway.

Long-pressing on the homescreen lets you dive into the Manage Home Preferences section of the interface. This features a wealth of options, including the ability to hide or lock apps away from prying eyes – great for security-conscious users or those with something to hide.

Under the ‘Homescreen’ settings menu, you can tweak everything from the layout of apps and app drawer behaviour to whether or not app icons are framed in a consistent manner. On this point, ZenUI loves is squircles. This is fine, but the ability to disable them for third-party app icons is appreciated. 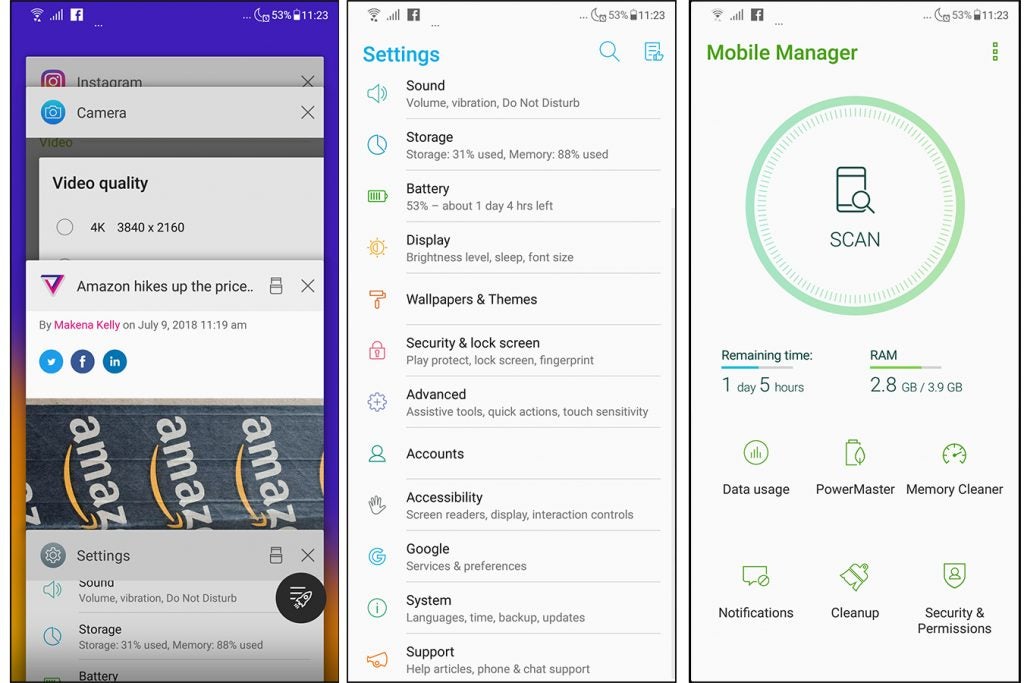 Asus has also pandered to the growing trend of game streaming popularised by services such as Twitch, YouTube Gaming and Mixer with its Game Genie software. It can operate as an overlay on top of any apps the phone recognises as games, letting you push out a stream to Twitch or YouTube, with control over resolution and microphone control.

You can also record gameplay to upload later, and even program macros to pull off a series of in-game controls or actions with a single tap. It’s a surprisingly powerful tool considering its relatively niche appeal.

Whilst I’m not sold on some of the aesthetic and interaction choices made by ZenUI 5.0, it offers a surprisingly robust user experience, with plenty of room for self-expression – something users will undoubtedly appreciate.

The top-tier ZenFone 5Z is a decidedly difficult handset to get ahold of in the UK, so if you want a taste of Asus’ latest, the ZenFone 5 is a far more viable option. Unlike its beefier sibling, the 5 comes powered by one of Qualcomm’s best mid-range chips, the Snapdragon 636.

Accompanied by 4GB of RAM, the ZenFone feels perfectly well equipped to deal with everyday mobile usage, running apps in split-screen and offering smooth navigation around the interface. Gaming, too, is a joy, with demanding titles such as PUBG Mobile happily running on ‘medium’ graphical presets without issue. When it works, the ZenFone 5 feels great to use – but that ‘when’ is a decidedly inconsistent element.

Suspicions that the phone’s software was the culprit were confirmed when the device received two firmware updates almost back to back following a couple of days of testing.

Reliability improved considerably thereafter, but even now the ZenFone 5 seems prone to app crashes and buggy functionality across its various features.

Wi-Fi reliability is also questionable, with a weaker connection to networks than most of the other devices I’ve tested in similar conditions at similar distances.

It would have been nice if Asus had focused on ironing out more of ZenUI’s kinks before release in place of focusing on dressing up a lot of its integrated features as AI-enhanced.

Indeed, the use of ‘AI’ in smartphone parlance is as much of a misnomer as calling those self-balancing handlebar-free Segway lookalikes ‘hoverboards’.

At best, the ZenFone 5’s technologies are adaptive, with actions resulting in a reaction that benefits the user, whether that be redistributing the phone’s resources based on app usage or managing power based on charging habits. I’m not knocking the technologies at play here, but rather the terminology that Asus and a lot of other smartphone makers have jumped on, inappropriately.