What is the Asus Padfone mini?

The Asus Padfone mini is a smaller version of the Padfone devices we’ve already seen, including the Padfone Infinity and Padfone 2. It remains an unusual idea – a phone that slots into a tablet-sized screen – but it’s the most accessible Padfone yet as it’s by far the cheapest. Exact UK pricing is as yet unknown, though. 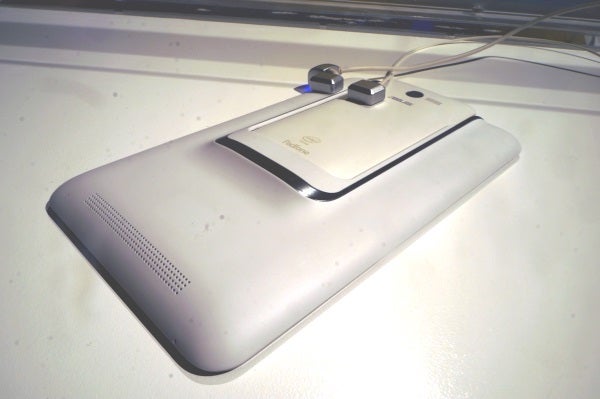 Like every Padfone, the Padfone mini comes in two bits. There’s the phone part and the tablet screen, into which the phone slots.

Both are pretty low-end by the respective phone and tablet standards. The phone has a 4-inch 480 x 800 pixel screen, offering fairly low pixel density, and the tablet part a 7-inch 1,280 x 800 pixel display.

Look at low-end phone and tablet rivals like the 720p Motorola Moto G and the Full HD Nexus 7 2 and they come up a little short. However, image quality one a whole is reasonably good thanks to the use of IPS screens, offering good viewing angles. 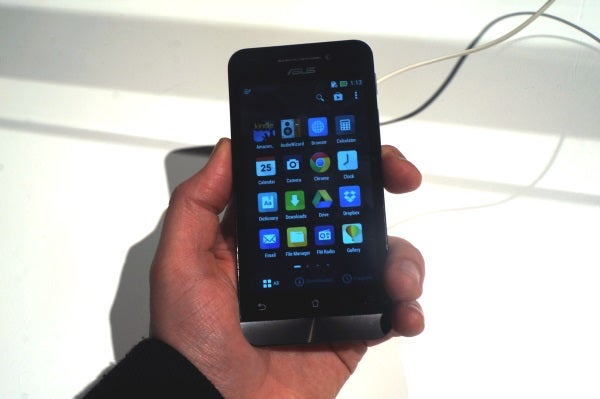 Build quality is generally unremarkable beyond the sheer unusual-ness of the Padfone blueprint. The plastic phone slots into the plastic tablet, resulting in a predictably plasticky-feeling whole. However, they are at least light. Together they weigh just under 380g, which is easily light enough to hold in one hand without any discomfort.

The tablet screen automatically takes over when the phone is inserted too, meaning there are few rudimentary usability issues here.

On its own the mobile phone part is fairly good-looking for a bottom-rung mobile too, with simple unassuming curves and a textured lip at the bottom that bears the concentric circles design that has become an Asus staple.

The Asus Padfone mini uses an Intel Atom processor, the 1.6GHz Z2560. This offers very good performance for its clock speed and number of cores (two), and is more than a match for other budget processors.

Previous app compatibility issues with Intel Atom chips are becoming less of a problem as more phones use these chipsets too, so an Atom seems a solid choice. Even if it is largely a political move borne of the strong partnership between Intel and Asus.

We didn’t notice any notable performance issues with the Padfone mini, although our prototype version was not yet loaded with Asus’s new ZenUI interface. Instead, it had Android 4.3 – which we really wish the final version would offer. 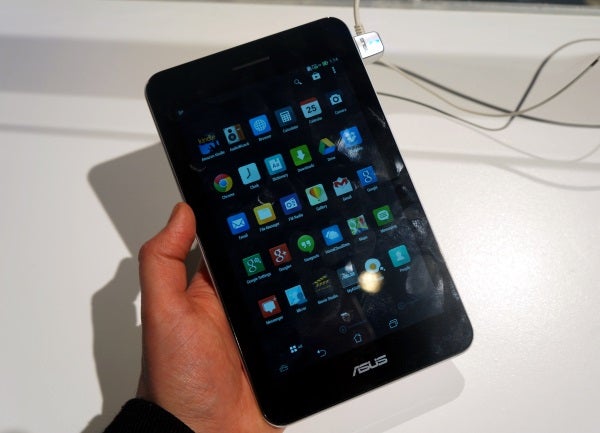 ZenUI will bring its own look and a bunch of new features that could potentially slow the system down. We’ll look into this further once we get our review sample in.

Battery life is another element we can’t comment too much on, but the two parts of the Asus Padfone mini sensibly have their own battery units. You get a 1170mAh supply in the phone and a 2100mAh battery in the tablet. The total capacity is hardly jaw-dropping , being a bit lower than the 4000-plus mAh of the Nexus 7.

Another slight limitation is that both of the cameras are on the phone part. There’s an 8-megapixel camera on the back of it and a 2-megapixel one on the front. This means no video chat when using the Padfone mini as a tablet, but we’d rather have the cameras on the phone than the tablet part. 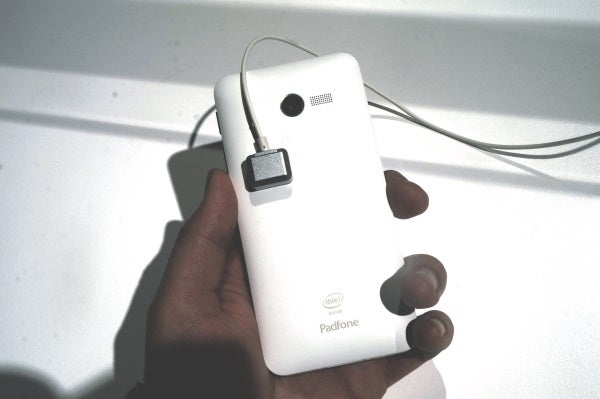 Taking the Padfone range from a high-end gadget freak’s dream to something more accessible hasn’t made the Padfone mini shed its slightly oddball skin, but with a lower price it makes more sense than previous models. Thought of as someone’s first phone and tablet combo it could be a winner. However, a few crucial spec sacrifices mean it’ll need to be cheap to really lure us in.