This gaming screen from Asus comes with a 1440p resolution and a 27-inch diagonal, but that’s not all to like. It’s got AMD FreeSync on board to make games run smoother, and it’s got screen modes that correspond to different game genres – an idea that’s supposed to boost gameplay through screen modifications.

All of these features cost £470, which is a fair chunk of money. Is the Asus worth that cash when stacked up against rivals and cheaper panels?

The most important feature on this screen is AMD FreeSync. It’s designed to eliminate the visual tears and stutters that can occur when a monitor’s refresh rate is out of sync with a graphics card’s frame rate. It works by matching the refresh rate of the monitor to the frame rate of the graphics card, which means smoother gaming no matter the speed at which a title is running.

It’s a similar technology to Nvidia G-Sync, but FreeSync is simply an addition to DisplayPort, so it’s likely to become far more commonplace than Nvidia’s proprietary hardware. Right now, though, it requires an AMD graphics card to work. 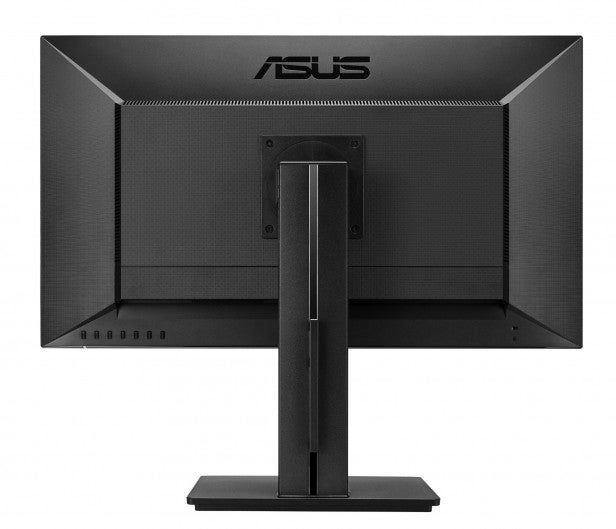 The more accessible FreeSync standard means that more monitors with this technology are starting to appear. One of the most prominent is the BenQ XL2730Z, which shares AMD’s technology along with many of the other features included on the Asus.

The Asus is a 1440p panel that has a 27-inch diagonal. That’s smack in the middle of what dedicated gaming screens offer these days, and it’s easy to see why: the resolution ensures that top titles will look great, but it’s not enough to prove too taxing for most graphics cards. It’s also the exact match of the BenQ.

The Asus has an IPS screen, which means it should deliver good viewing angles and accurate colours – but it may suffer when it comes to response times, because that’s an area where the BenQ’s TN technology usually wins.

The panel is also a 144Hz unit, which means it can churn frames out at more than twice the speed of most traditional screens. That’s another technology that can make games smoother, although titles run at this rate will make more demands of a graphics card, so high-end hardware is advisable.

Asus has backed up this technology with numerous other game-friendly features. Its GamePlus option can be used to lay a crosshair and a timer over the top of the panel, and it’s got a low-blue light mode and flicker-free technology. They’re both ideal for reducing eye-strain during long gaming sessions.

The Asus has good practicality, too. It’s got 150mm of height adjustment, and the stand can be used to swivel the screen into portrait mode, tilt it back or forward or pivot it left or right. The rear has two USB 3 ports, an HDMI socket and a mini-DisplayPort output. That’s fine, but it’s a shame that the USB ports aren’t side-facing – their downward-facing position makes them awkward to reach.

It’s a reasonably clean bill of health, but the BenQ is even more impressive. The screen’s position can be changed by various dials, and it’s got a carry handle and a retractable headphone stand. Its USB ports are side-facing, and the OSD is operated with a USB-based remote control. 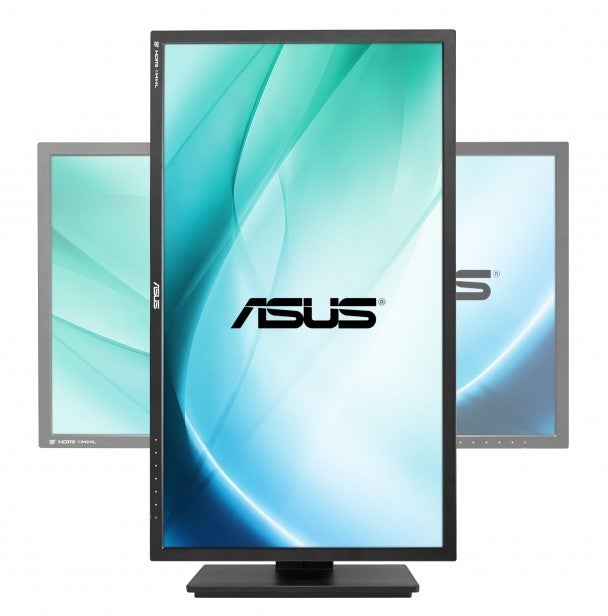 There’s little to choose between the two screens when it comes to dimensions and aesthetic design. The Asus’ 238mm depth is only 12mm deeper than the BenQ. The Asus weighs 7.3kg, which is 200g less than its rival.

Both panels do little to stand out with their looks. The Asus has angles, a flat base and a matte finish, and the BenQ is similar – the only real difference is the glossy finish on the rear.

The Asus’ setup was conventional: the base attached to the stand with one screw, and the stand plugs in to the rear of the panel with small hooks rather than any screws. It’s all very simple.

The MG279Q’s control method is effective, too. Six buttons sit behind the right-hand side of the screen and correspond to clear white icons on the front of the screen. The top button is the most important, as it also functions as a little joystick – once the on-screen display is activated, it’s used to navigate and select most options.

The joystick is responsive and tactile, it’s easy to press the button, and the menu itself is fast and clear – and it’s helped by a good layout and smart, clear visual design. The Asus doesn’t have the separate controller of the BenQ, but this is about as good as on-screen controls get.