Factory tests indicate that the Asus impresses with its image quality as well as its features. The first result that caught my eye was the 330 nit brightness level, which is stonking – it’s enough to illuminate games in any scenario. That’s paired with a 0.27 nit black level, which means dark areas are deep and inky. Those figures combine for an excellent 1,222:1 contrast ratio.

Other results are just as good. The average Delta E level of 1.65 is excellent – any result under 2.0 is a top-notch score – and the average Gamma level of 2.1 is just as good. The Asus also rendered 98.2% of the sRGB colour gamut, which means it will serve up almost any shade of colour.

The colour temperature of 7,767K is too cool, but it’s not ruinous; it just means that games and images look a little chilly rather than over-saturated.

Those factory settings scores compare favourably to the MG279Q’s main competition. The BenQ monitor had marginally better Delta E and colour temperature, but its sRGB gamut coverage, black level and contrast were a little poorer.

The Asus’ factory brightness is too high for most, so I turned the screen down to 125 nits – which is 25% of its brightness using the OSD – and re-tested. The Asus continued to impress, with a contrast ratio of 1,270:1, a better colour temperature and a Delta E of just 0.47.

The Asus uses an IPS panel, which means good viewing angles. That’s certainly the case here. The Asus gets a little darker when it’s viewed at odd angles, with similar results on the horizontal and vertical planes. That’s far better than the BenQ, which suffered with vertical viewing angles. That clean bill of health means the Asus is more suitable for use in multi-monitor setups.

FreeSync, meanwhile, continues to be an impressive technology. There’s no sign of tearing when playing games using AMD’s hardware, which makes games look smoother and feel more responsive. The difference is more obvious at 60Hz rather than 144Hz, too, which means it can potentially be more beneficial on systems with slightly older or weaker graphics cards.

The FPS mode, for instance, is designed to up the brightness and contrast to shine a little light into darker areas. The mode certainly delivered, with a 329 nit brightness level and a black point that was ramped up to 0.47 nits, but that meant contrast dropped to 700:1. The colour temperature and average Delta E both suffered, too. This mode does achieve its aim of brightening up dark areas, but that does make games look a bit washed-out as a result.

The combined RTS/RPG mode is supposed to enhance colours and sharpness, but it didn’t make much of a good difference in my tests. The average Delta E of 4.03 is the worst I’ve recorded so far, the panel’s colour temperature got cooler, and contrast remained a middling 996:1. In real terms, there’s little difference between this open and the Racing setting. 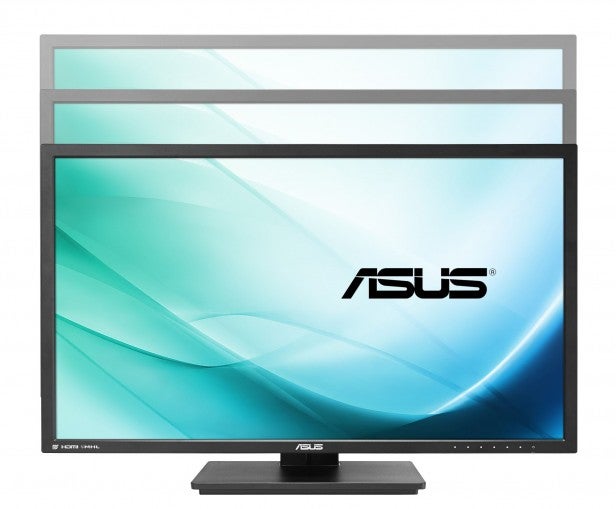 The Racing mode is used by default on the screen, so it’s what I used to record my results at factory settings. Asus says its primary function is to reduce input lag.

Other modes are designed for wider use. The Cinema mode is self-explanatory, but its benchmarks are more of a hindrance than a help to movies. The colour temperature ramped up to a chilly 10,304K with this mode activated. That meant the screen was covered with an obvious blue hue.

The Scenery mode is included for photo-viewing. The contrast and colour temperature stayed consistent, but the average Delta E was a middling 3.27 and colours just seemed over-saturated. That means photos sometimes looked a little unnatural with edges that lost their crispness.

The monitor’s Eco Mode turns the screen’s brightness down to around 100W. That’s enough to drop the power consumption to 30W, but that isn’t a huge reduction on the screen’s standard requirement of 38W. That, itself, is a decent figure – lower than many similarly sized screens.

The Asus trades blows with the BenQ when it comes to screen uniformity. The MG279Q’s brightness dropped by between 10% and 15% along the top and bottom edges and up up to 10% in the middle. That’s a middling result; the BenQ only lost a maximum of 10% brightness, with every other sector of the screen losing a single-figure percentage.

The Asus fought back in colour uniformity and lost a maximum of 4.4% of its colour temperature, while the BenQ served up nearer 8% at its poorest point.

That’s a middling result for uniformity, and the Asus didn’t emerge from input lag tests with a clean bill of health either.

The MG279Q returned an average of 24.5ms in lag tests. That’s an average result for a monitor, but it’s a tad disappointing for a gaming screen – I expect these products to duck under 20ms. The Asus’s 24.5ms result won’t impact on regular gameplay, but it’s slow enough for competitive players to notice. That means this screen isn’t suitable for professional gamers. 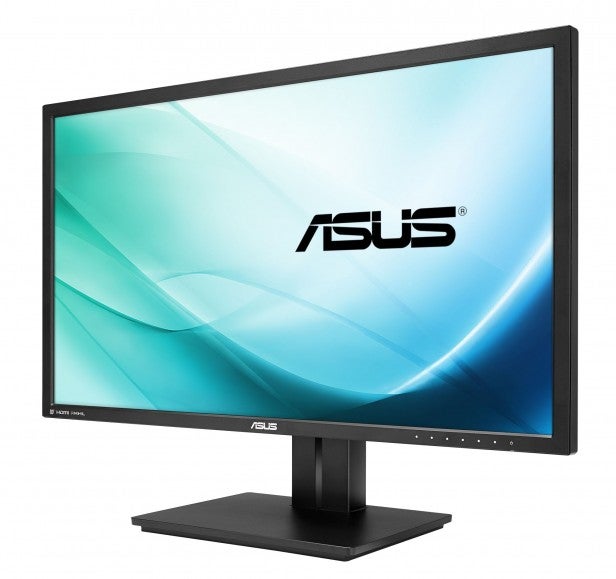 There’s little breathing room between the Asus and its biggest rival: the £470 MG279Q is only £15 more expensive than the BenQ.

That’s not the only area where they’re close competitors, either. The Asus wins for screen quality – albeit by a slim margin – but the BenQ takes a similarly svelte lead when it comes to features.

That makes a buying decision easier: if screen quality is key then the Asus is the better bet, but if features are more important than the BenQ is the victor.

The latest gaming screen from Asus is packed with features including AMD FreeSync and 144Hz operation, and it backs that up with good image quality in almost all departments – and screen modes specific to different game genres. More features are round on rivals, but this screen is well-balanced and worth an investment by keen gamers.