If you don’t mind encountering several glitches along the way, then you’re sure to have a blast with Assassin’s Creed: Rebel Collection on Switch – particularly with Black Flag which remains one of the best entries in the Assassin’s Creed series.

At almost three years into the Nintendo Switch’s lifecycle, it’s no secret that the hybrid console has become a breeding ground for re-releases and updated ports of older games.

You just have to look to the ports of The Witcher 3: Wild Hunt and Alien Isolation as recent examples. While the practice has been criticised by some gamers, I am firmly in the camp that believes these ports rightfully have a home on Nintendo’s latest console.

After all, one of the best features of the Switch is that your playtime is no longer limited to when you’re sat in front of your TV. It is for that exact reason that, over the last few years, I’ve had to be quite selective in the games that I end up playing, and I’m afraid to say that the Assassin’s Creed series (for the most part), ended up falling by the wayside.

It is here then, with the release of Assassin’s Creed: Rebel Collection, that I can catch up and see what I missed in not playing Assassin’s Creed IV: Black Flag, Assassin’s Creed: Rogue, and their various downloadable contents. But have both games held their quality over the passage of time, and how do they fare against the Nintendo Switch’s ever-growing library of ports? Let’s dive right in. If you’ve ever played an Assassin’s Creed game then the core concepts here will be familiar. For the most part, you’ll be in search of the next person to take down via a wealth of weaponry and parkour-like acrobatics – typical Assassin’s Creed fare. Aside from taking on a brand new setting in the Caribbean, Black Flag (and the other titles bundled here) don’t do much to innovate core gameplay, but it does refine the experience superbly, making for one of the most engaging games in the series.

For instance, taking control of a ship as a means of getting from point A to B was first introduced in Assassin’s Creed 3, but unlike its predecessor, Black Flag expands that concept, with there being arguably as much content out at sea as there is on land. Plus, with a more robust naval combat system at hand, I could’ve gladly spent more time ransacking other ships had the campaign’s progression not relied on me returning to land.

Similarly, the theme of exploration is hardly a new concept where Assassin’s Creed is concerned, but with intricately detailed islands and a whole ocean to explore, it can be quite difficult to stay on track. It also doesn’t help that when you’re sailing, your crew will sometimes burst into song – giving catchy renditions of old pirate songs – it’s a small touch but it had me grinning each and every time. 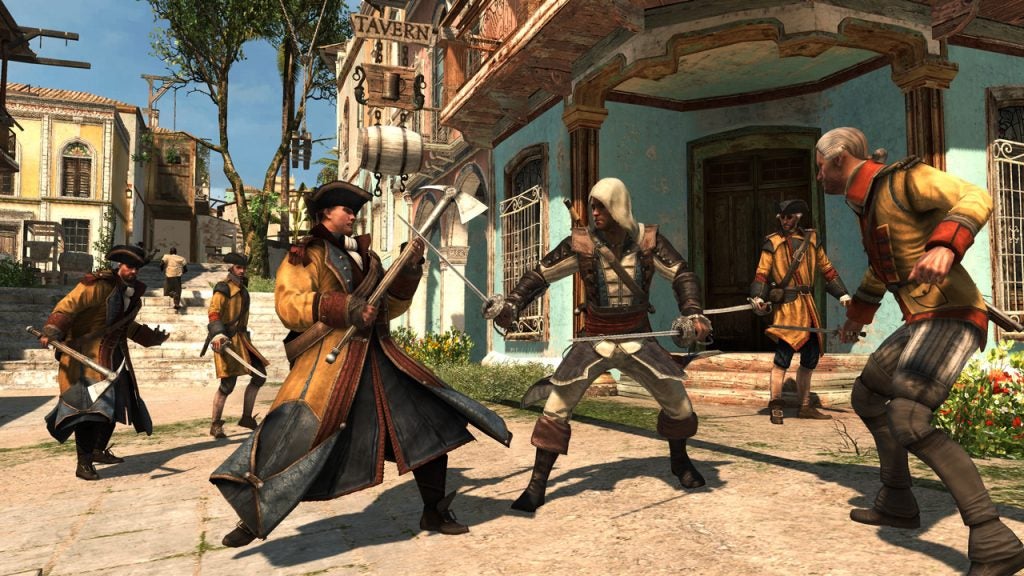 In fact, if we were to total up the sheer amount of content that’s available here between Black Flag, Rogue and all of their respective additional content, you’re looking at close to 150 hours worth of gameplay. As far as portable games go, that’s an absolute steal and absurd value for money.

Because Ubisoft has written itself into a narrative hole, it just wouldn’t be an Assassin’s Creed game without some modern day segments to justify and give context to our historical adventure – apparently the sheer audacity of wanting to visit the past in video game form just isn’t edgy enough.

With that said, Black Flag does do something a tad more interesting with the idea, by having you work at Abstergo Entertainment – a division of the nefarious Abstergo Industries, that’s concerned with licensing out its historical findings for use in video games and film. It’s a great bit of meta commentary on how popular Assassin’s Creed has become, and there’s plenty of secrets and Easter eggs to locate around the Abstergo Entertainment offices.

However, as with all preceding titles, the meat of the story lies in the past – and the story of Edward Kenway is no exception. In fact, I’d argue that while Kenway’s mission to drag himself out of poverty is a fascinating one, it’s the side-characters he meets along the way that’ll keep you gripped from start to finish. Figures like Adéwalé and the seemingly all-knowing James Kidd are a blast to kick around with (a fact that Ubisoft seemed to know all too well after giving Adéwalé his own adventure in Assassin’s Creed: Freedom Cry). 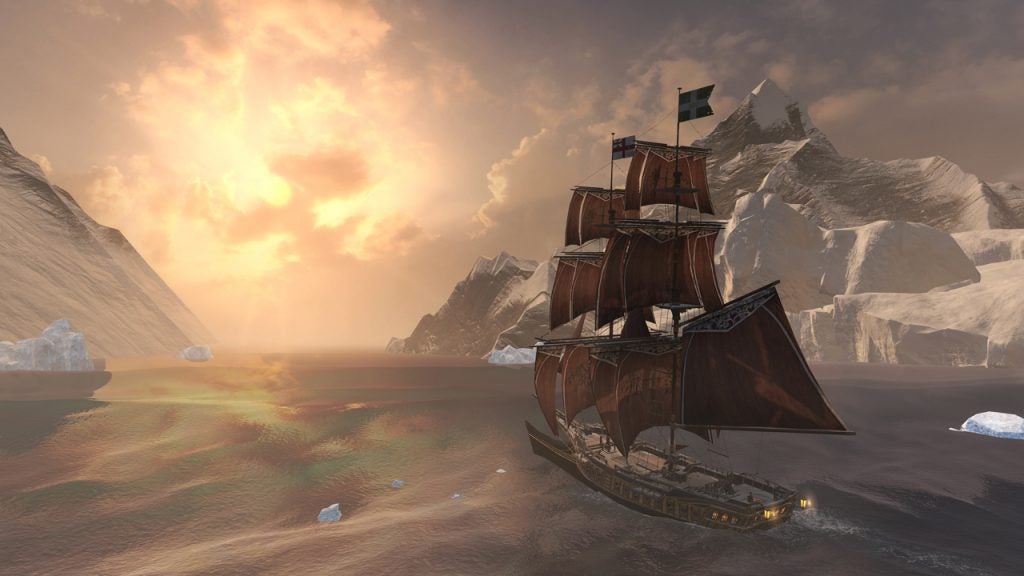 For all its pros however, there’s no getting around the fact that, even six years after the release of Black Flag, the game is still unpolished with irritating (yet sometimes hilarious) glitches. At best, it’s seeing one of your crew members running on the spot. At worst, an ongoing side mission will be cancelled out following the progression of the main campaign.

On a system that includes The Legend of Zelda: Breath of the Wild and The Elder Scrolls: Skyrim, it’s telling that Assassin’s Creed Rebel Collection offers some of the best value for money over any Nintendo Switch game to date. You’re looking at two, fully-fledged titles and a whole host of additional content thrown into the mix.

If you don’t mind encountering several glitches along the way, then you’re sure to have a blast with Assassin’s Creed: Rebel Collection on Switch – particularly with Black Flag which remains one of the best entries in the Assassin’s Creed series. After spending a few hours out at sea, listening to pirate songs and pillaging other ships, you’ll know exactly what I mean.