What is Apple Music?

Launched back in June 2015, Apple Music is an all-you-can-fit-in-your-ears streaming service that’s designed with iPhones in mind. But it also works via an Android app and on desktops.

While the iTunes Store revolutionised how people bought music, here Apple is playing catch-up with other streaming services from Google and, in particular, Spotify. But does its closer integration with Apple’s hardware make it a more tempting proposition over rivals? 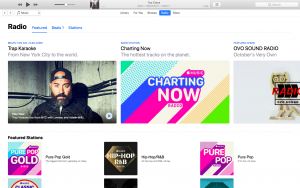 On desktop, Apple Music is part of iTunes. That will immediately put off a lot of people; Apple’s ageing jukebox software can be pretty clunky, but the streaming service is quite neatly integrated.

At the top of the page are five tabs: Library, For You, Browse, Radio and Store. On mobile, Store is replaced by Search (there’s a whole separate app for buying songs).

The Browse tab functions as a homepage, showing newly added music, playlists, popular songs and videos. For You and Radio will be discussed in more detail later but they’re fairly self-explanatory, offering personalised suggestions and traditional live radio shows respectively. The Store is where you go to buy individual songs or albums outright.

The search bar in the top-right now gives you the choice to look through your locally stored files or search Apple Music’s library for a song, artist, album or playlist. Annoyingly, it doesn’t separate albums and singles, so you often find yourself trawling through lots of singles even to find the most recent record. 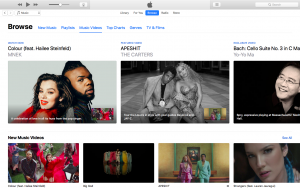 If you listen to something regularly on Apple Music and want to add it to your own selection, you must first turn on iCloud Music Library, which essentially replaces any locally stored music with downloads from Apple Music.

It means your library and playlists are synced across devices but, when activated on mobile, removes your ability to manually transfer any obscure b-sides or live mixes that aren’t part of the Apple Music catalogue. That won’t be an issue for everyone, but it’s worth being aware of.

The bigger issue is that without iCloud Music Library turned on on your phone, you can’t cache any songs offline, so you’re always reliant on having an active internet connection. In short: if you want to subscribe to Apple Music, but fill its gaps with some MP3s from your own collection, you can’t. It’s a bit of a Catch-22, and exactly the kind of off-putting all-or-nothing behaviour that Apple appeared to be getting away from.

Unusually for Apple, it’s available on Android as well as iOS. However, there’s no web-based version of Apple Music, so you can’t access it through a browser. This isn’t ideal if you want to stream a track whilst using a computer that isn’t yours. 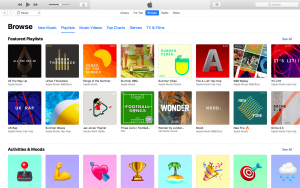 Apple Music claims to have 45 million songs, which is 10 million more than Spotify. In actual use, it’s hard to see where all those extras are, although given Dr Dre’s close links to Apple, it’s no surprise that his discography on Apple Music is significantly larger than what Spotify has to offer.

When Apple Music launched, Apple exec Eddy Cue confirmed that bit-rate would vary depending on how you were connected. The obvious assumption being that it would sound better over Wi-Fi, saving your data by downgrading the stream when using mobile data. While you don’t get as much control as on Spotify (typical Apple), you can force it to deliver better-sounding streams by turning on High-Quality Streaming from the Mobile Data screen in the Music menu of your phone’s settings.

The good news is that, even without it switched on, sound quality is excellent. Technically, Apple Music’s maximum bit-rate of 256kbps is lower than Spotify’s ‘Extreme’ setting. However, listen to them back-to-back and Apple Music has a bit more punch to its delivery. Everything sounds more engaging and exciting, with a touch more space and dynamism.

Granted – it isn’t hi-res, but right now demand for that just doesn’t seem to be high enough. Besides, if Apple’s stance on other new tech is anything to go by, it will let other services follow Tidal into hi-res territory before doing the same itself.

Apple Music has a tab labelled For You, which pretty much does what it says on the tin.

When you first sign up, the app asks you to choose a few artists and genres you like. Coupled with your listening habits, Apple Music uses this info to populate the For You tab with suggested albums, playlists and new releases. These change every day.

At the top you’ll find three personalised mixes: Favourites, New Music and Chill. Each of these are updated once a week. Favourites is made up almost entirely of tracks in your library, so it isn’t any more sophisticated than just putting your songs on shuffle; the other two are more interesting.

New Music is Apple’s version of Spotify’s Discover Weekly, although all the songs on it are newly released as well as being by artists that are, in theory, new to you. Spotify has a few years’ head start on gathering streaming data from subscribers, so it isn’t a huge surprise that this New Music Mix doesn’t quite display the same levels of mind-reading ability as Discover Weekly – but the decision to ignore anything that isn’t boxfresh seems unnecessarily limiting. 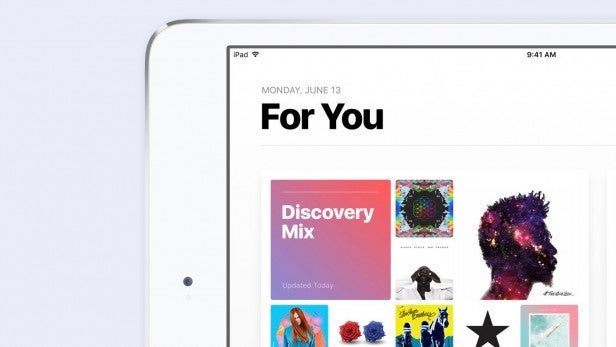 The breadth of Apple’s curated playlists is impressive, however, and it does a good job of suggesting relevant ones to you, with a new selection offered daily. The artist-specific playlists, which for bigger bands often include separate mixes of introductory Essentials, more obscure Deep Cuts and Influences, are a particularly good way of exploring new artists or finding ones similar to those you’re already into.

When Apple Music launched, it did so with much fanfare surrounding Beats 1 – a traditional, scheduled radio station only available on Apple Music. Yep, Apple has invented internet radio again.

The roll call of DJs is, not surprisingly, very impressive and the shows are available to listen to on-demand if you miss them when they’re live. You can also add songs played on the shows to your library (as long as the dreaded iCloud Music Library is turned on) or just indicate which you like (or don’t like) in order to have them influence your recommendations.

There’s no denying the quality of the content, but it feels like an oddly old-fashioned way of curating music on a streaming platform. 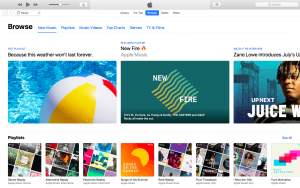 Not surprisingly, Apple Music is designed to work seamlessly with Apple’s AirPlay.

When you have a song playing on your phone or iPad, the AirPlay icon is visible at the bottom of the screen and connecting to a compatible speaker is just a case of hitting the logo and choosing one from the list.

It’s seamless, but the number of AirPlay-compatible speakers pales in comparison to those that work with Spotify Connect. If you own a HomePod, however, an Apple Music subscription is pretty much a necessity to get the best out of it; no other streaming services are compatible with its voice control. 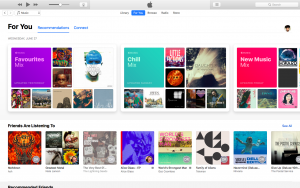 The For You section is also home to Connect. Apple already had a stab at a music-based social network – anyone remember Ping? – but this doesn’t mean it isn’t worth another go.

Complete your account – it takes only a few seconds – and it will see which people in your contacts also have Apple Music and allow you to follow them Twitter-style. You can lock your account, which means you’ll have to approve all followers, but anyone you’re friends with can see what you’ve been listening to, the playlists you’ve made, which of Apple’s playlists you follow and vice versa.

You can also follow bands and artists, but most posts seem to just be duplicates of those you’ll find on other more popular social channels. 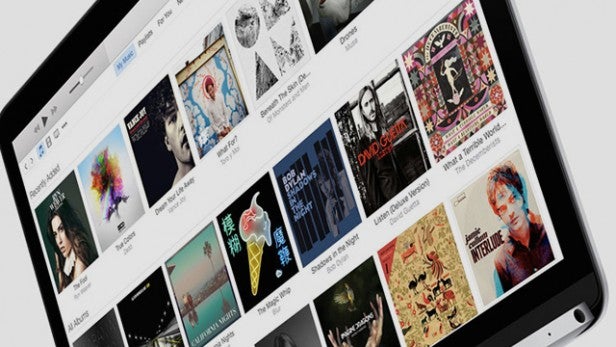 Connect is fairly basic, but that works in its favour. It’s certainly simpler than Spotify’s social features, which are almost impossible to find unless you know somebody’s username.

The Browse page also has a selection of music videos that you’ve probably already seen elsewhere, but the TV & Films menu has much more interesting stuff, if you look hard enough.

There are in-depth ‘Behind the Album’ documentaries on Harry Styles and Haim, full-length concert films from artists as diverse as Skepta and Patti Smith, and a whole series of Carpool Karaoke that mercifully only appears to feature James Corden twice (although even that’s two times too many).

It’s hardly an exhaustive collection, and you do wonder how many people want to watch a whole concert on their phones. However, at least it supports AirPlay, so you can send it to your telly if you own an Apple TV.

Why buy an Apple Music subscription?

As with a lot of Apple services, Apple Music makes most sense if you commit to it wholeheartedly. Without turning on iCloud Music Library you lose a chunk of important functionality, but doing so also restricts how you can use your phone to listen to your existing music library. It’s needlessly prescriptive and requires the user to make a compromise in one area or another.

While Apple Music does sound better than Spotify, these restrictive usability issues really spoil it. There’s no guarantee this will forever be the case, but while Apple continues to force users to turn on iCloud Music Library just to download songs to their phones, and its discovery features lag behind, Spotify will be the better choice for the majority of music fans.