What did you do when you were 16? Actually, don’t answer that, we’ll all just feel bad about it afterward. But, generally speaking, it’s safe to say you didn’t co-create a game alongside a friend of the same age, manage to garner a small amount of hype around said game, and release it commercially on Steam (and other outlets). Mridul Pancholi and Mridul Bansal, the two co-creators of Alter Army from Jaipur, India, did all of that. And actually, they started when they were younger than 16, they just happened to release the game at that age.

A 2D combat platformer, Alter Army carries off a confident pixel art style with some genuinely rather lovely animation. Not to hammer home something that will be hammered home rather a lot in this review, but it’s not what you’d expect from a couple of 16-year-old developers. This is professional quality stuff – definitely indie, definitely a first attempt, but professional quality all the same.

You’ll make your way through a fairly short game, taking on a few levels in an environment, moving on to another after a boss fight and so on and so forth. It’s not too much to grapple with in that respect. Where it might become a little too much is in the challenge Alter Army presents – battles are frequent and involve taking on an ever-evolving array of enemies, each with their own powers and different techniques necessary to take them down. Also, a lot of them will happily kill you in one or two hits, so you need to be on your toes. 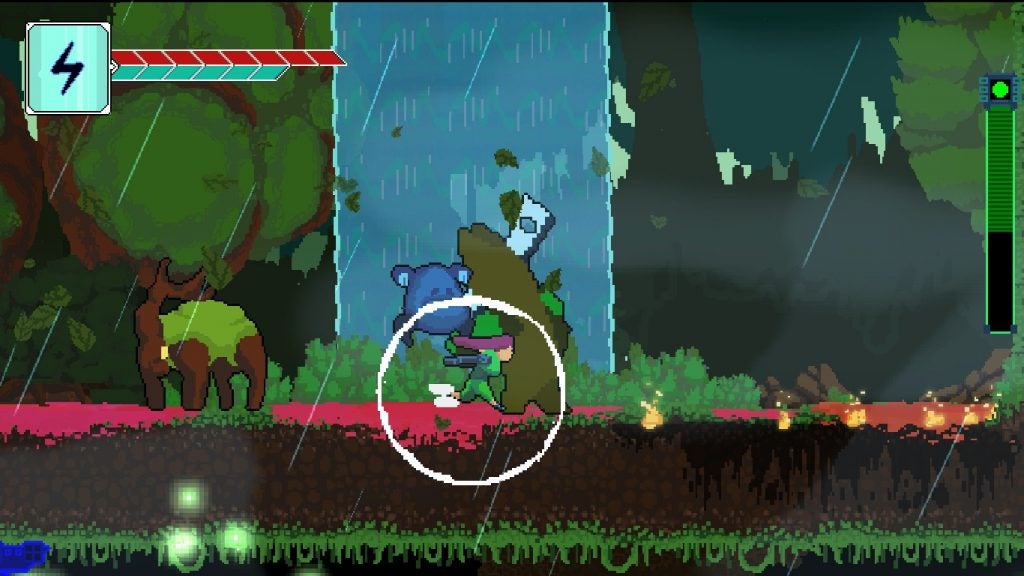 That challenge can frustrate, honestly, and the need to save manually – at limited save points – can take a bit of getting used to with the odd cuss thrown in after you’ve forgotten to do just that for the third time in a row. But it works, and it’s satisfying – snappy, quick combat that responds well to inputs, turning a relatively simple set of mechanics into one that rewards skill, reaction time, and the ability to make stuff up as you go.

A flurry of jabs into a dash over oncoming enemies, a couple of laser blasts at them, dodge a couple of times and finish it all off with a super attack. Then get hit by the guy you forgot about and die, again. It’s a blur of satisfaction, fun, frustration, irritation, and a bit more fun again.

Alter Army conjures up mental images of plenty of other games – there’s Bleed in there, as well as a bit of Super Meat Boy, even some Risk of Rain. At times there’s even a whiff of The Legend of Zelda: Breath of the Wild. By no means will this game sit in the company of Nintendo’s masterpiece, but it’s not bad source material to pull inspiration from – and really, it’s not the most egregious example of imitation we’ve seen. You don’t see it and think ‘oh they’ve ripped that off’, you see it and it triggers a similar feeling in the depths of your brain to the original.

Back to the game proper – Alter Army is pretty straightforward, with the initial setup being how you end up playing through the whole game. Choosing from one of four characters, each with their own attacks, secondary assaults, special powers and a few other nuggets; run and dash and charge about a 2D level; collect crystals; get into fights where you hammer attack a lot and either act strategically or simply spam your way to accidental victory; and every now and then encounter something story-related. 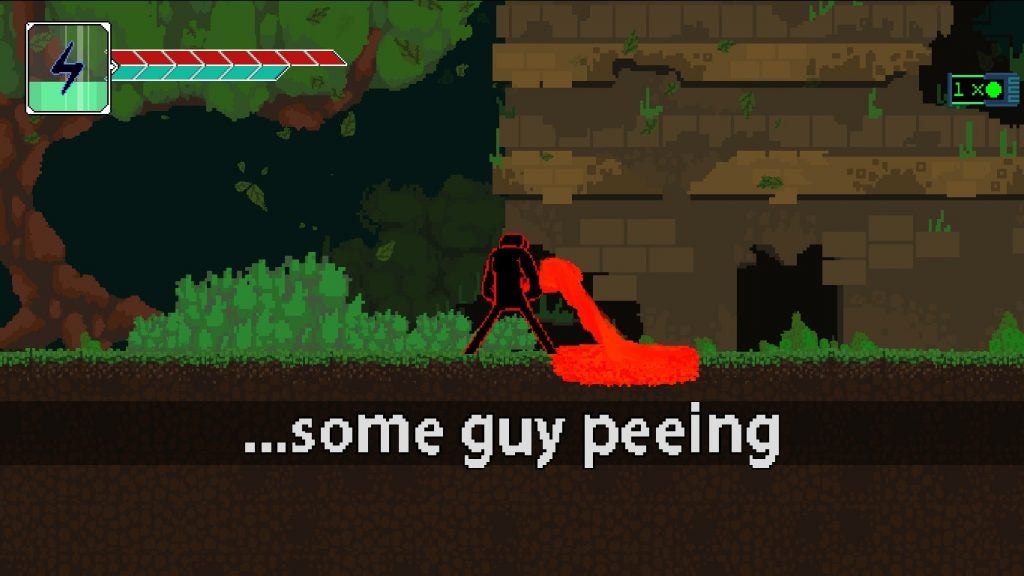 Said story is an enigmatic one backing all of the frantic action up, with the world of Alter Army one of a decrepit, former society. Levels are strewn with monuments and temples – all lovingly pointed out to you as you encounter them (sometimes repeatedly, which can be grating) – and encounters with the locals are full of the sorts of vague half-conversations that are either mysterious and engaging or just a bit shallow and easy to ignore. Your mileage may vary, basically.

But this isn’t a game about its fiction, and it’s definitely the weakest point of Alter Army. You’re better off focusing on the other appealing aspects, like exploration. Levels are somewhat compact in the most part, but there’s often more to it than just the linear path of collecting the crystals and moving on – though, of course, you can just do that if you want to.

If you want a bit more, there are secret routes and rooms that involve a bit of puzzle solving to get into, with your reward being floating buddies who can attack or heal to help you in combat… and more storyline elements, come to think of it. 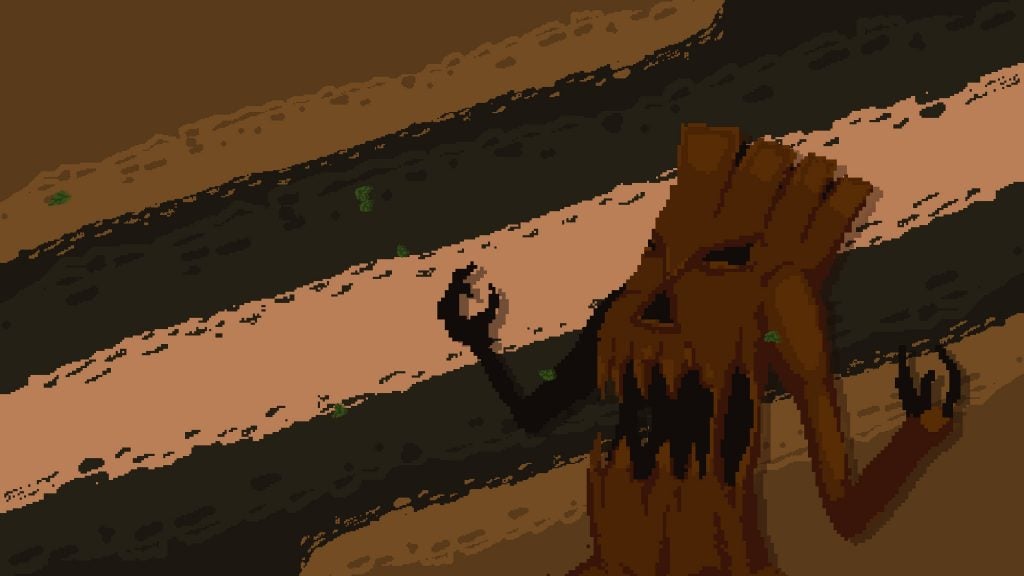 Once you’re done, you’re unlikely to go back to Alter Army, truth be told. It’s a bit of a one-shot thing – but for a few pounds, you get a few hours of fun and a window into the world of emerging game development talent. With that in mind, it’s easy to recommend the game – but that would be ignoring the fact that there are some genuine issues and drawbacks littered throughout.

And it would be easy to dismiss Alter Army over a number of these flaws – it doesn’t develop much, things can feel cheap at times, there are balancing issues – but really all of it is moot. This is a lovely little first attempt from two young developers, showing nous beyond their years and ending up with something that, while not anything approaching unique, is good fun.

There are first attempts from studios with more years behind them, more people involved, far more hype and even greater promises – and even then they’ve fallen flat. Alter Army is imperfect yet assured, unfair yet legitimately challenging, and absolutely worth a few pounds from your wallet and a few hours of your time. I look forward to seeing what’s next from these two young ‘uns.