With the amount of things you can do with a smartphone, we sometimes forget how important voice calls are. The microphone on the One Touch Idol picks up and transmits voice well, although it doesn’t have a second, noise cancelling, mic some top-of-the-range phones do. The ear speaker is clear, but we struggled to hear voices a little on a windy day during testing.

Alcatel has included its own messaging app and we were impressed with how well it works. It recognizes words spelt incorrectly and replaces them with the correct word automatically, just like iOS messaging on an iPhone. It generally picks the correct word required and, happily, we can’t regale you with any hilarious autocorrect shenanigans. 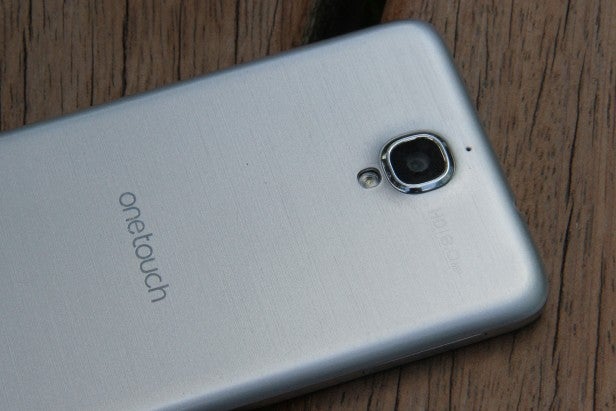 The 8-megapixel camera on the One Touch Idol doesn’t reach the picture clarity of the Samsung Galaxy S4’s 13-megapixel snapper or the HTC One’s low light level quality, but it’s testament that we need to keep reminding ourselves that this isn’t a top of the range smartphone. It’s less than half the price of the other two.

In very low light the camera performs as well as can be expected. There is apparent noise but our model, Mr Omnom, is clearly visible. The LED flash is bright enough to reduce the noise and bring out colour details in the fur. 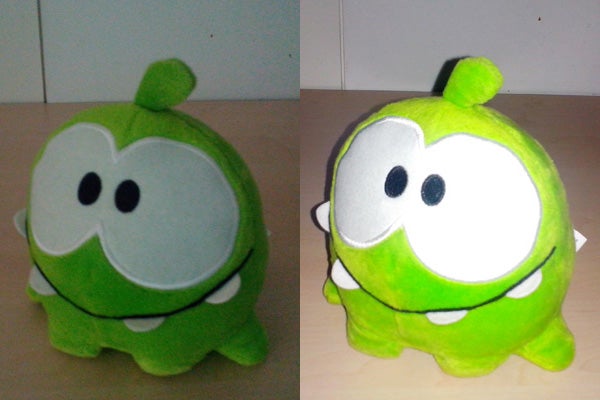 Unfortunately, the Idol under-delivers when faced with the London skyline. There is just too much noise evident, particularly red specks that ruin the sharpness of the image. Edges are softer than they should be and lines not as defined as we’d like. 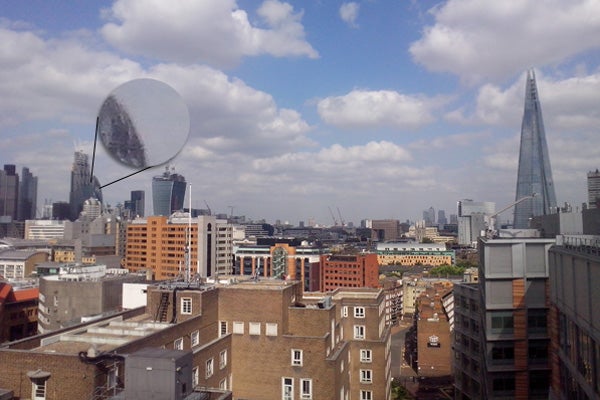 Close up shots, on the other hand, work well. The edges of the leaves are well defined and colour reproduction is good. 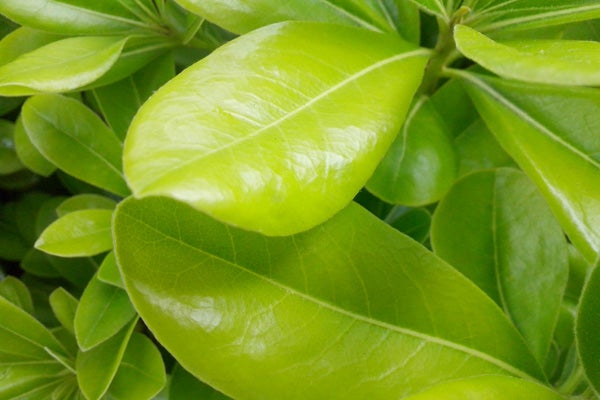 All in all the camera on the Idol is perfect for snapping close-ups and people, but, like most phone cameras, you won’t want to be taking lots of landscape shots.

Battery life can be the bane of smartphone users these days. The brightness and resolution of the One Touch Idol’s screen means having it on for long periods of time sucks the juice rapidly. If you like playing games or watching video on the way to work you might find yourself struggling to have any of the 1,800mAh battery charge left by home time, although we did find that the Idol kept its charge well when not in use.

The One Touch Idol lacks both 4G and NFC, however, it does have the more important bits; Wi-Fi, 3G and Bluetooth. 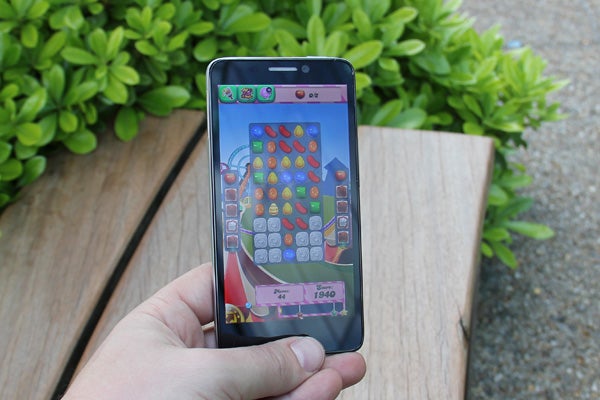 Should I buy the One Touch Idol?

At £200 there’s very little to fault the One Touch Idol with. If Android is your bag and your budget can stretch further then you should consider the significantly more powerful Google Nexus 4 at £240, although that comes with an inferior camera and lacks a microSD card slot.

If you want a Windows 8 phone then you should look at the HTC 8S at £220 or the Nokia Lumia 620 at £150. Both have more onboard storage but neither have screens or cameras that can compete with the Idol.

Alcatel’s One Touch Idol is an impressive phone, even more so when you consider its low price. If you can live with the lack of 4G and NFC then we can’t think of many, if any, better phones for the money.