Quincy Jones is a musician that many have heard of, but fewer can pin down. Can you cite his greatest achievement? His career high-point? Whether you can or not, within the context of AKG’s new Quincy Jones-endorsed series, the Q460 included, what matters more is the gulf between him and Dr Dre., the lynchpin of Monster’s hugely popular Beats range. Quincy Jones is class and refinement where Dr Dre. represents aggression and beats fatter than all the bingo wings of Brighton pier combined. The question is whether the AKG Q460 have that Quincy Jones magic.

The AKG Q460 are on-ear headphones in direct competition with the Monster Beats Solo, Fanny Wang On Ears and Bose Triport headphones. Retailing for more than a hundred pounds, they represent a serious outlay for what’s – for many – a commuter’s headphone. They’re small and foldable, but a side-effect of their form factor is that many find them hard to take all that seriously, sonically. 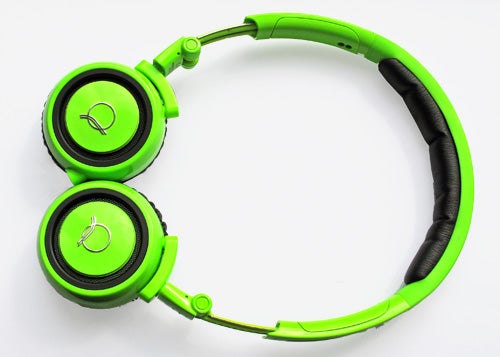 We’ll cover sound later, but on the build front we have no complaints. Other than that we had to wear the eye-popping lime green edition out and about around London as part of our testing.

The AKG Q460 are constructed out of a surprisingly wide array of materials. Plastic is the most abundant of them all, but there’s a metal strip through the headband adding flexibility and strength. The top section is made of rubber and there are the standard soft pleather pads for the cups and the inner part of the headband. For a lightweight pair of headphones, the level of solidity on offer here is excellent. 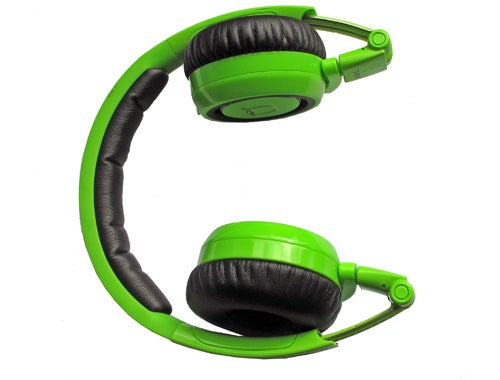 The ear cups rotate horizontally through just over 90 degress and flip up towards the headband to increase portability. AKG includes a great semi-hard case that’s perfect for stashing the AKG Q460 away in your bag. It’s not the most size-economic case that could have been included, but strikes us as far more useful than a headphone-hugging thin sheath of fabric.

A 6.3mm headphone jack adaptor is bundled, and there are two cable lengths included – one long, one shorter. The cable is completely detachable, which should help elongate the lifespan of these headphones – as long as AKG makes additional cables fairly easy to buy. The cables are lime green, whether you opt for the black, white or green version of these cans, and the cable lengths are around 60cm and 1m. The longer one features a remote control housing and hands-free kit, with buttons to pause/play and change tracks on an iPhone.

As an on-ear pair, the AKG Q460 exert a constant, but slight pressure on your ears. This pressure is greater than in the Fanny Wang On-Ear set, or the Sennheiser HD238 due to the extent they rely on the flexibility of the headband. Left to rest, the two ear cups actually press against each other – so on your head they’re some way away from their natural state. However, thanks to the generous padding and lack of any deep ridge in the area that sits on your ears they’re remarkably comfortable. We found them more comfortable, with a more even weight distribution, than the Fanny Wangs.

Noise isolation is not hugely effective though – much less than a set of IEM earphones, an on-ear set with larger cups or a full over-the-ears pair. In less noisy modes of transport, like trains and buses, they’ll do fine – but we found the noise of the London Tube network a little too much for them.

The AKG Q460 are based on the AKG K450 and are very similar aside from the addition of that Quincy Jones name and the secondary iPhone-compatible remote control cable. However, what comes out of these headphones is not very Quincy Jones-like.

Perhaps we’re feeding off our own Quincy preconceptions a little too much, but the Q460 are surprisingly forward and aggressive. They’re not at all laid-back, with a mid-range that feels so close to your ears that it might start pouring out through the speaker grille like primordial ooze. A side-effect of this approach is that the sound stage of these headphones is not particularly wide. 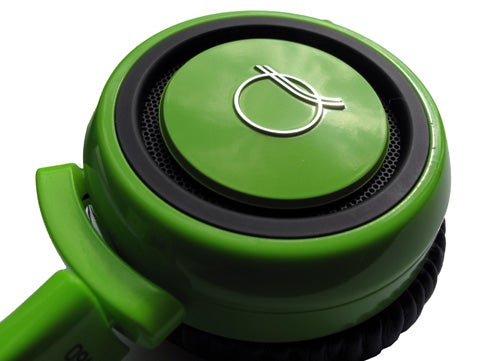 Next to the capable Fanny Wang On Ear Wangs, the scale of the AKG Q460 feels small. Consequently separation between instruments, voices, sound effects – whatever you’re listening to – is not particularly evident. This doesn’t mean the headphones are flat-out bad by any means, but if you’re after an airy, laid-back sound like the high-end AKG Q701, you’re jonesing for the wrong set.

They are also not particularly natural-sounding. With a powerful mid-range held aloft like a battering ram, the AKG Q460 are sonic invaders. Not very Quincy Jones, we’d argue.

If this all sounds rather negative, then hold on. The AKG Q460 do have a very rich, powerful and deep bass response that can be exhilarating when given the right source material. And while the frequency response here is anything but flat, there’s a bullish charm to their sound once you begin to get used to their very forward sound. Oh, and they’re a darn sight better than the Monster Beats Solo, the on-ear iteration of the Dre-endorsed Beats series. 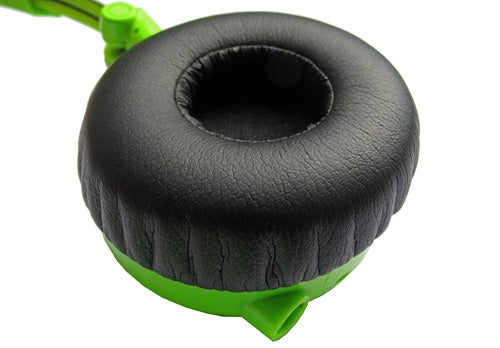 The AKG Q460 belong to a seemingly growing fraternity of on-ear headphones selling at a premium price, and several have a similar sound signature. Greater refinement is available at the same price, but you’re unlikely to get the same combo of durability and portability.

However, one outlier that kicks these into touch is the AKG K450. Why? Because they’re available from several places from as little as £50 – around half of what these earphones sell for. Even with the additional hands-free and remote housing in-tow, it seems a lot to pay for that Quincy name.

As un-Quincy as they are, the AKG Q460 are more than capable of doing battle with their popular rivals the Monster Beats Solo. Their sound is brash and aggressive, but powerful too with exciting, rich bass. However, when their design “inspiration”, the AKG K450 can be found for about half the price they’re difficult to recommend for price-conscious buyers.