We’ve somehow managed to miss out on reviewing the Monster
Beats Solo Headphones for a while now, which we thought was a shame given the
amount of talk about them. Having finally gotten hold of pair, however, we’re
not sure it was worth the trouble because the Beats Solos aren’t exactly the
best headphones in the world, or even the best for their £130 asking price. But
then, would you expect less from a company that will encourage you to spend
£350 on an HDMI cable? 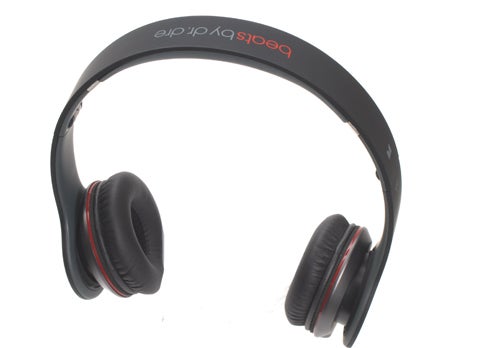 We shouldn’t be too harsh. The Beats Solos do have a lot
going for them, and in the right circumstances we can see why one might come
away from listening to them having enjoyed the experience. The design, for a
start, is a success story; the matt finish makes the Solos feel like £130 worth
of headphones should, and looks great.

There’s a decent amount of padding on the headband and
earpads, making the Beats Solos comfortable to wear for long periods of time,
unless you have a large enough head for the pressure to be too much. The
sliding size-adjustment for the headband has a solid, mechanical feel to it,
and locks into place securely. We found that the articulated swivel arrangement
which fixes the earcups to the headband gave a reasonable degree of freedom, so
you can move the Beats Solos around on your head a fair bit and still have a
good fit. 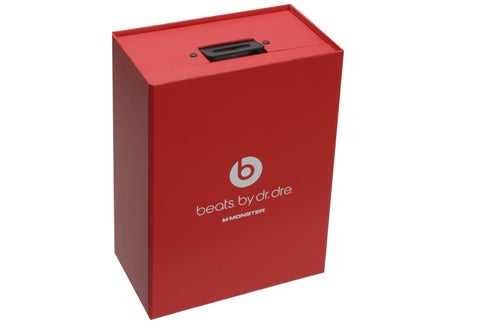 The headband is a little thin, but not enough to cause any
worry about its durability. A nice feature of the headband is that it is hinged,
letting the Solos fold into their supplied neoprene carrying case (another
price-justifying addition) – a feature mimicked by the copycat On-Ear Wangs.

One particularly well thought out aspect is the removable
cable or, rather, cables. The ‘standard’ cable is chunky but still reasonably
flexible, and has a particularly durable-looking connector at each end, while
the second also has an in-line remote and mic, for use with iPhone and other
compatible devices. The provision of both an iPhone-friendly and a ‘normal’
cable is great, as it means the Beats Solos don’t break with older players that
can’t cope with the revised connector that is required for headsets.

Sadly despite the quality on the design front, the Beats have a serious problem with their audio reproduction, which left various staffers with impressions from underwhelming to ‘the worst headphones I have ever heard.’ Considering some of the good things we’ve heard about Monster audio products, and the £130 price tag on the Solos, we were understandably disappointed. 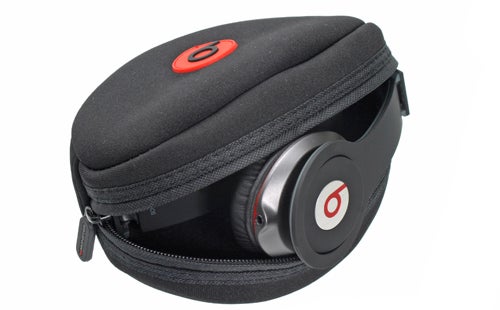 The problem is the
overwhelming bass response of the Solos, and when we say overwhelming we don’t
just mean strong. Unless you listen to music with a very anaemic low-end, or
adjust your player’s equalizer to compensate, bass lines throb over every other
facet of the Solos’ output. In the Solos’ limited defence, there’s a good level
of detail in this powerful low-end, and it has a warm enveloping texture to it,
but with all but the most limited selection of music it’s so enveloping as to
be suffocating.

This is a shame because when
there’s plenty of detail hidden in the mid and high end when not being trampled
on by the bass. In intros to songs we frequently found ourselves wondering
whether we weren’t being too harsh to the Solos, as the reproduction had real
clarity, but then came the bass to ruin the reproduction. From Dr Dre’s I Need
a Doctor through Muse’s Space Dementia to Wagner’s Die Walkure it was the same
story. 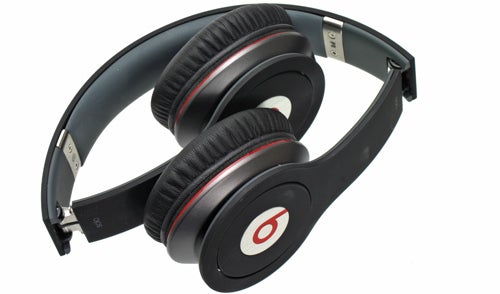 We can’t help but point out
that the less attractively named Fanny Wang On-Ear Wang headphones do a much
better job of targeting the bassy, but still detailed style that the Beats
Solos are aiming for. It’s also worth noting that the Beat’s Solos seem to need
a lot of power, as our resident iPod nano wasn’t able to supply much volume
(although ironically this was almost an improvement as it helped de-bass the
tone a little) .

After listening to the
Skullcandy Aviator‘s, we weren’t expecting that any fashion headphone could
have a greater low-end bias, but the Monster Beats Solos manage it. Monster’s
headphones redeem themselves somewhat with their design and build quality, but
not enough to justify the asking price.