Hands-on with the AirSelfie, a pocket drone for taking superior selfies

Selfies – love them or hate them – are here to stay, and the AirSelfie flying camera looks to take your selfie game to a whole new level so you can be the envy of all of your social media friends.

Now whether or not having a pocket-sized drone taking the photo even really counts as being a “selfie” is another thing altogether. Although, based on how often regular photos are being mislabelled as selfies, perhaps that’s being too pedantic. 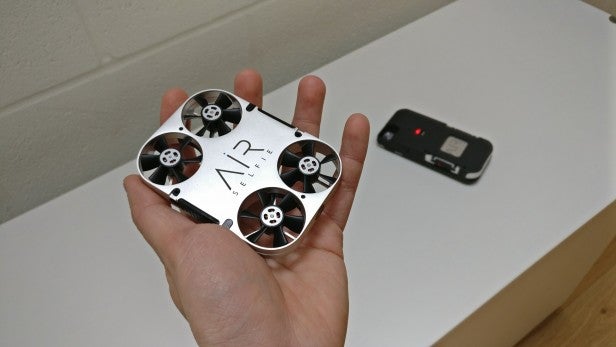 What does matter is that the AirSelfie is a very cool piece of kit for anyone who wants to take a superior selfie or even epic group shots (stop trying to make “groufies” a thing). Now you’ll be able to capture your entire surroundings with ease, rather than what you can fit into the frame from an arm’s length. 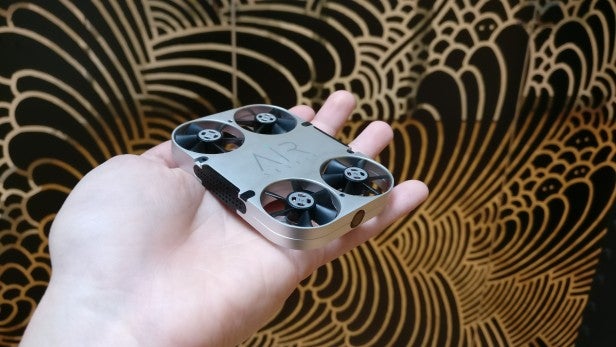 The AirSelfie is about the size of a deck of cards and made from robust aluminium. It feels really well constructed in your hand and not too heavy. That’s going to be important, as it docks into a phone case for carrying around. That means it’ll be ready at a moment’s notice to grab a photo or video. 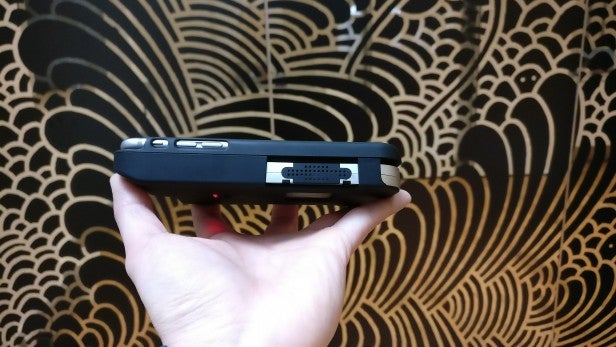 Cases are available for iPhone 6/7, Samsung Galaxy S7 Edge and Google Pixel phones at the moment. Once inserted into its case, a rechargeable battery inside will provide two additional charges, which will amount to 9 minutes of flight time in total.

A phone and case combo is a little thick, so I imagine you won’t want to carry it around when you haven’t got a day of shooting in mind. You can also pay a little extra to get an external power bank bundled in. 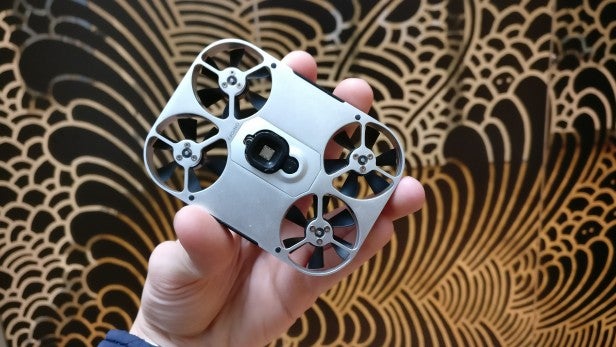 The pocket drone uses four propellers, much like the Star Wars Battle Drones and other such quadcopters, and packs in a 5-megapixel camera. A downward-facing ultrasonic sensor helps it to remain stable and hover.

In the time I spent with the AirSelfie, it wasn’t as rock-steady as something like the DJI Mavic Pro, but certainly didn’t drift like the Star Wars Battle Drones. Considering there’s a vast price difference from the DJI drone, it can easily be excused a little wobble. 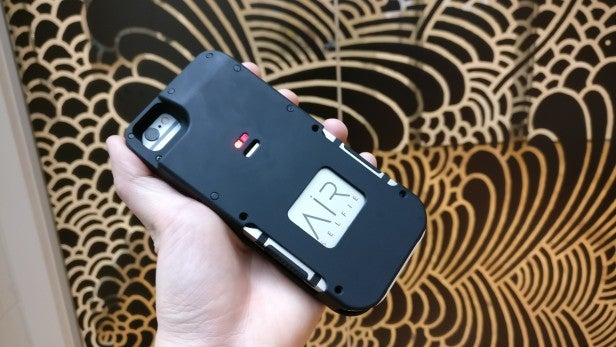 The drone pairs with a smartphone companion app for Android or iOS over a 2.4GHz Wi-Fi direct connection, which means about 66ft of wireless range. Considering battery life is only rated for about 3 minutes of continuous flight from a single charge, you probably don’t want to test that range to its limits.

The AirSelfie will come with 4GB of storage on a microSD, which you can always increase with your own card.

Once up in the air, you can pilot the drone using the app and the gyroscopes in your phone. You also get a live view through the app to line up the perfect shot. You can shoot time delayed shots as well as burst and time lapse options, as well as video.

After you’re done shooting, it’s safe to pluck the drone straight out of the air, or have it descend slowly into the palm of your hand. It’s all very graceful but don’t expect fancy return to base functions for this price. 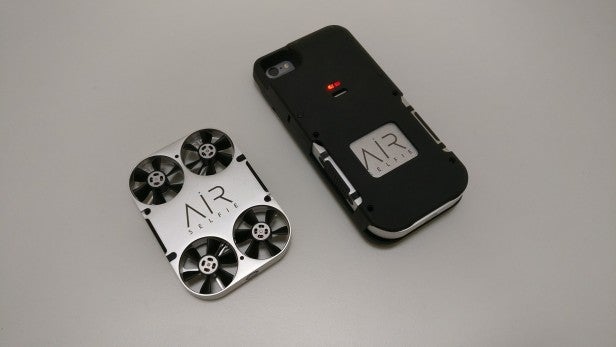 The AirSelfie is an exciting idea for anyone who wants to take better photos. It’s seriously small and convenient and seemed great fun. Flight indoors or outdoors is possible, so there’s a lot of potential for much better shots.

Of course, all this is for moot if the camera itself isn’t great. I haven’t had a chance to see what the camera is really capable of, so I’m excited to take the AirSelfie out for a proper test shoot.

The AirSelfie, as with many exciting pieces of tech, has Kickstarter to thank in part for its existence, having successfully been funded on the platform. Backers are expected to start receiving their devices in April, whereas you can pre-order from AirSelfie directly for delivery in May.

What do you think of the AirSelfie? Let us know in the comments below.