You could hardly get a more accurate subtitle for a game than Agent A’s. While the game’s opening moments point towards a stealth type adventure, where your goal is to track down enemy spy Ruby La Rouge as she leaves a trail of terror in her wake, in reality this is a point-and-click title viewed from a first person perspective, where moving between different rooms and solving interlocking puzzles as you go is the game’s signature.

What’s more, while it might not be quite as flashy or, dare we say it, pretentious as some of the other series in this genre, Agent A is actually a master at handing out puzzles that all tie into each other, taking serious queues from The Room and every major point-and-click adventure you can think of and arguably building upon them. 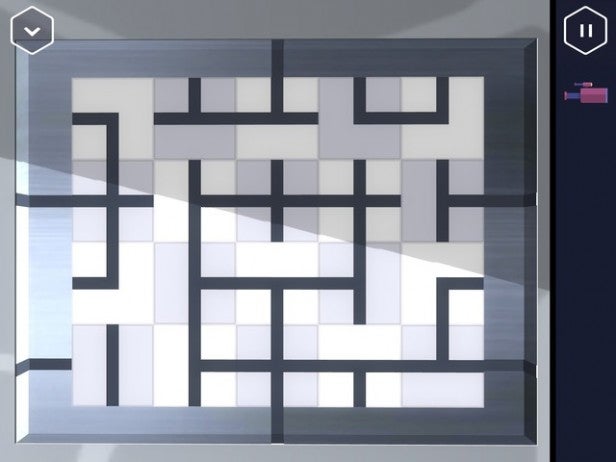 Indeed, it’s especially interesting that Agent A: A Puzzle In Disguise should roll out at the exact same time as fellow point-and-click release Lumino City and just a few days before The Room 3, given that all three are aiming for roughly the same market. What we can already say, however, is that, as far as taking on Lumino City goes, while State of Play’s release may outclass Agent A (and pretty much every game on the App Store) by a distance when it comes to visuals, Yak & Co’s title is the champion when it comes to the puzzles themselves.

That’s not to say Agent A is in any way an ugly duckling itself. Borrowing the kind of cartoon style not much seen since the Hanna Barbera era in the 1960s, everything about Agent A is a little tongue in cheek. Though the game’s opening moments depict Ruby first assaulting someone in an elevator before setting off a bomb on a cruise ship – presumably killing hundreds in the process – this is comic strip violence, and the developer has looked to paint Ruby not as some kind of evil genius intent on death and destruction, but rather a vixen out to cause a bit of mischief. 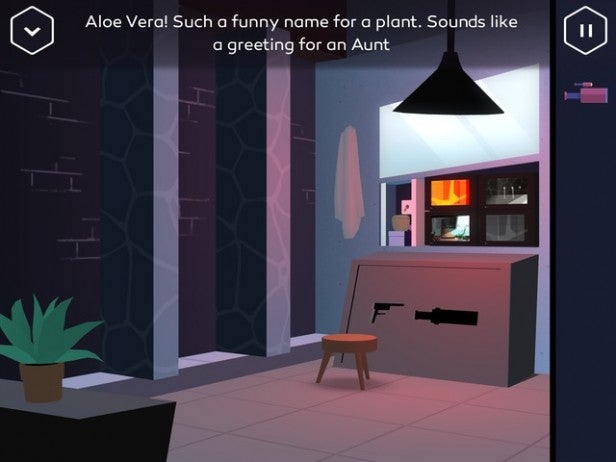 As such, you set out trying to track her down, with the lady herself setting traps to halt your progress. Overcoming these traps, therefore, forms the backbone to the puzzles, and – as with all the best point-and-click adventures – what appears like one problem to solve soon becomes a multitude of different interlinked quandaries where hunting for hidden objects and then working out where and when to utilise them makes up the bulk of the challenge.

Doing so is just a question of tapping. Interacting with every object in play – whether checking behind a cushion on a sofa or entering in a keycode on a safe lock – is a matter of tapping, while you can also deploy items you’ve picked up by dragging them across from the right of the screen into the centre. A handy running commentary at the top of the screen helps let you know what’s working, what isn’t and what your current goal is, helping to ensure that you never feel lost, despite the fact that Agent A is no pushover. 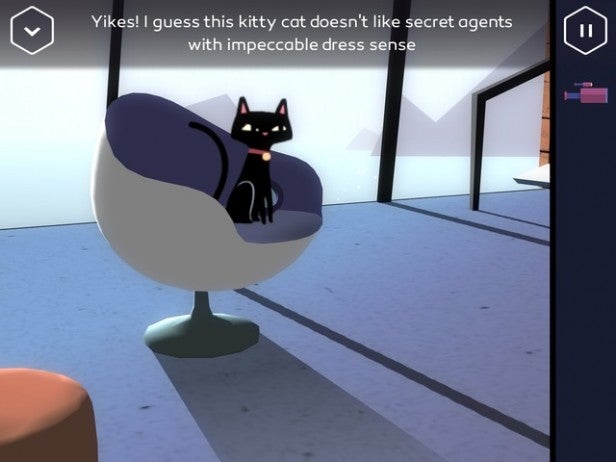 Indeed, while clues are given throughout in some subtle and not-so-subtle ways, Agent A has a clever way of making you feel like you’re making progress whilst also dropping more puzzles in your path; each hurdle cleared simply opens up more paths littered with problems, and it’s possible to go about progress in your own way, solving different pieces of the big puzzle in your own order, even though the game as a  whole is entirely linear.

As such, it’s clear that Agent A: A Puzzle In Disguise is a point-and-click adventure developed by folks with some experience with and love for the genre, making the comparative puzzles in some of its contemporaries look comparatively basic and without the level of complexity demonstrated with such aplomb here. The delivery may be a touch cheesy and the world its set in nowhere near as quirky and cute as some of its rivals, but when it comes to the gameplay itself, few puzzlers can claim to be in the same league as Agent A.

Verdict
Delivered in cartoon strip style, Agent A: A Puzzle In Disguise may pitch itself as a stealth adventure, but in reality this is an excellent first-person point-and-click release, fusing together multiple different puzzles with a tongue-in-cheek vibe in excellent fashion. It might not be the most trendy of releases, but Agent A excels where it counts: pure gameplay.