Despite dividing millions of impassioned audiophiles, earphones hide a dark secret: many of their components are virtually identical. As such where the real magic happens is in the applied sound signature, the fit and any other extras you may want, and it is here we find a new affordable champion…

The ‘T15’ is made by ACS, the company behind the remarkable 10 out of 10 T2 custom IEM. The T15 represents two firsts for the company, namely it is the first time ACS has made an earphone that is relatively affordable for the mass market and it is also the first time ACS has offered an earphone with a universal fit. These seem strange risks to take for a company famed for no compromise audio and unique soft silicon custom moulds, but they are risks which look set to pay off in spectacular style. 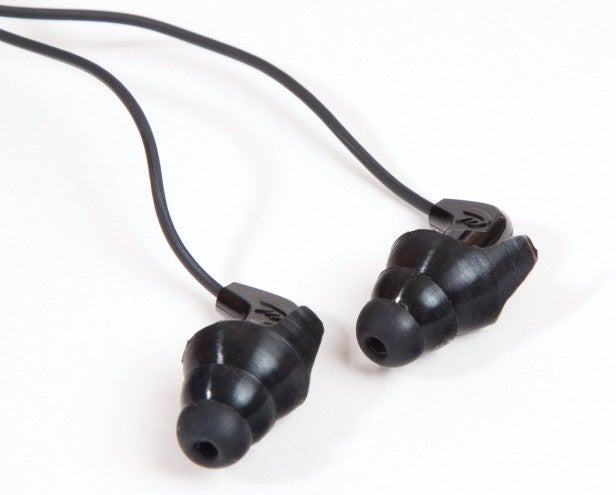 Unpack the T15 and the earpieces aren’t much to look at. This is a compliment. Unlike so many earphones which have become akin to pushing lead bananas into your ears, the T15 earpieces are tiny. They weigh just 11g a piece and measure 15mm long. This means the majority of each earphone can fit right into your ear so their weight holds them in rather than hanging outside pulling them out. This makes them particularly good for runners and regular gym goers. The fit will also be sufficiently unobtrusive for some that, like the T2 and even the dedicated bedphones, the T15 can be worn side on against a pillow or train/plane seat.

In addition, while ACS supplies a range of different tips, what really stands out is its tweak of the classic triple flange design (a style many consumers we encounter normally like the least). Leveraging its custom expertise ACS has made the flange from the same medical grade silicon it uses in its high end monitors. This not only makes the tip softer and more comfortable than any other flange tips we’ve tried, but it moulds more tightly to the individual shape of your ear canal. The result is superb noise isolation (-26dB) and improved bass response, which can often be a little light with the single flange tips. We also like the addition of a tab at the back of the tip which makes the T15’s easier to remove.

The T15 has one of the best cables we’ve seen on earphones of any price. As with its custom IEMs ACS has reinforced the cable with Kevlar threads and coated it with an anti-friction sheath which helps keep microphonics (the noise of cables knocking against clothing or such like) to a minimum. Meanwhile ACS fits a “custom pressed binder” that joins the two cables to guard against damage. We don’t have the luxury of long term testing, but the join certainly seemed tougher than many. ACS has also wisely opted for a right angled plug (with gold-plated 3.5mm connector) which withstands pulling better than a straight plug and is the only sensible choice for devices like BlackBerrys and Sony Ericsson smartphones which place their headphone jacks on the side. The only obvious downside in all this is the lack of removable cables, thus if the cable breaks you can’t just buy a new one, but ACS offers a cable repair service and at this price/performance level we can’t complain.

A tasteful if rather oversized hard shell travelling case is provided too. We tend to find such robust cases a little impractical in day to day use and prefer a soft or semi-soft construction, but at least the design is simple, unlike some of the strangely elaborate examples we see.

A final clever touch is the use of coloured bands at the base of each tip to designate left and right earphones. Red corresponds to right (‘R’ed) Blue (b’L’ue) to left making it easy to see at a glance which is which. This has been done before, but it isn’t used nearly enough and really should be an industry standard to replace the tiny ‘L’ and ‘R’ symbols we have to strain our eyes to find on most earphones. That said, even better would be some raised markings or different textures which let you tell them apart by touch alone.

Thankfully all this hard work isn’t blown when you plug the ACS T15 in. They use just a single driver, have a decent frequency response of 16Hz ~ 20KHz and slightly high impedance of 41.5 Ohms. But while these are mostly familiar figures, as with counting megapixels or megahertz, they far from tell the whole story. Instead it is the sound signature which comes to the fore and here it is truly remarkable what ACS has managed to squeeze out of a single driver.

First and foremost, the expanse of the sound is unlike anything we’ve ever heard before from a single driver. It really is no exaggeration to say these deliver the sort of performance we would normal expect required at least two drivers per earpiece. Treble doesn’t quite extend as far as we might like, but for the price they’re astonishing. Bass, meanwhile, is just right. Many single-driver sets either crank up the bass and sound muffled or cut it altogether for the utmost in high-end sparkle. The T15s manage to get a good balance between the two. The soundstage is also surprisingly large, giving a satisfying spacious feel to your music.

All this combines to make the T15 excel with the subtlety of classical and acoustic music, as well as the bombast of hard rock, dance or hip hop. In other words, they’re the perfect all-rounders.

Quibbles? Very few. Given the single driver the T15 performs best when you crank up the volume on heavier tracks, and in this regard they do benefit slightly from being amped (as in fairness do all earphones and headphones), but it’s by no means a requirement.

Conversely the beauty of the fit and isolation is you don’t need to hurt your ears just to distinguish your music from environmental noise. A perfect example is on the London Underground where 50 per cent volume on an iPhone 4S was all that was needed to silence the rumbling of the tracks. In fact on exiting Piccadilly Circus we didn’t realise we had walked past a busker until we were half way up an escalator. If anything ACS has done itself out of one lucrative part of its business: custom moulds. Custom moulds for the T15 cost £90, but we suspect that for the vast majority they will be unnecessary. In this age of phones replacing MP3 players it would also be nice to see the T15 made with a mic option to answer and end calls, and stop or start music. 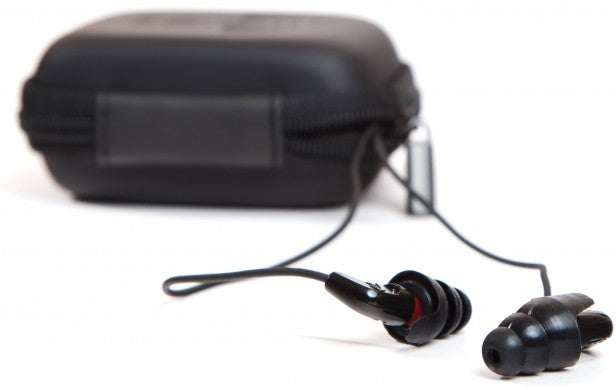 We say ‘option’ here because we wouldn’t expect it at the T15’s RRP. £149.99 is a snip for earphones that can match rivals at twice the price. The gauntlet has been thrown down, affordable earphones just leapt to a whole new level.

”’Verdict”’
The ACS T15 trumps vastly more expensive rivals and blows away the competition in its price range. Runners will find the small design and superb silicon tips deliver a fit that doesn’t slip, frequent travellers will love the noise isolation that means they don’t need to ratchet up the volume to hear their music and the flush finish means some people could even wear them in bed. Build quality is also superb with a Kevlar reinforced cable that keeps cable noise to a minimum and is as durable as anything we have seen. There are a few minor tweaks we’d make but for the price we really can’t complain. ACS has done it again. Rivals should be afraid. Very afraid.