A budget blower for the masses

Last year we accused Acer of making one of the ugliest phones ever. It seems to have cleaned its act up now, though. The Acer Liquid Z4 is a neat little budget phone with a couple of features you don’t get elsewhere. 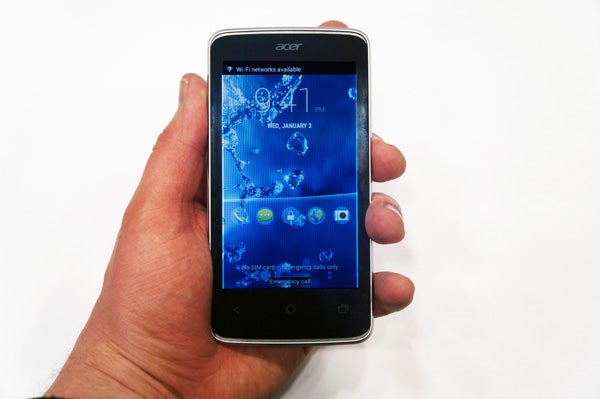 The Acer Liquid Z4 is a fairly small plastic phone. It comes in two main finishes, one that’s white with silver trim and a black one with red highlights. Both of them look pretty good.

It’s a curvy phone all-round. Its front has friendly-looking bulgy sides and the back too is curved. It is nothing special, but it’s a solid design. 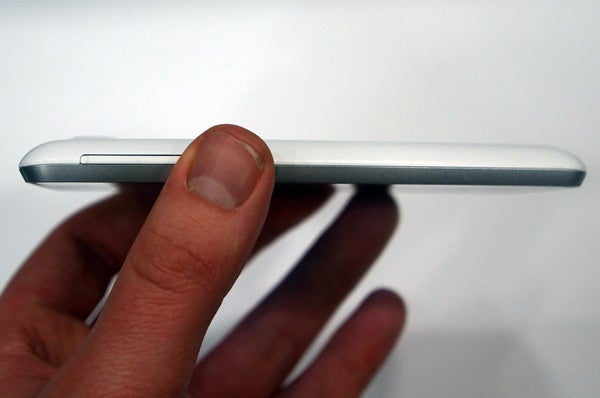 However, it has one Acer-given stand-out. There’s a button on the back that can be used as a shortcut to your favourite app. As standard it heads to the camera – a sensible choice – but this can be customised.

The soft keys have a distinct Acer look too, but functionally they’re totally standard. As with almost any budget Android, storage is limited at 4GB but there is a microSD memory card slot under the plastic back. 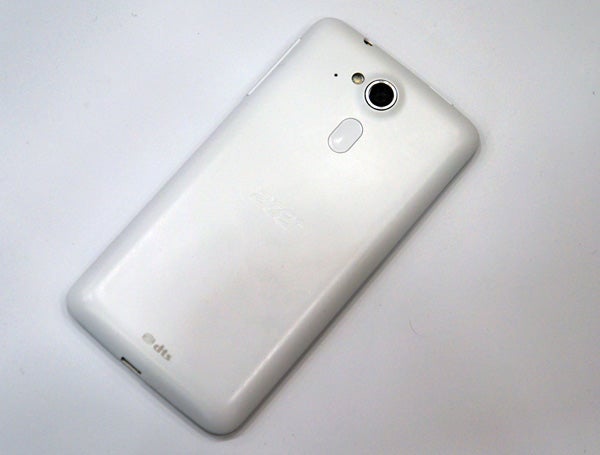 The Acer Liquid Z4 looks and feels like a decent entry-level Android phone, but there is more of a serious compromise in the screen.

It’s a 4-inch display of 480 x 800 pixel resolution. That’s not super-high, but roughly what we expect at this level.

It’s the Z4’s panel that’s the issue. The phone does not use an IPS-grade LCD, and there’s pretty significant contrast shift when viewed from certain angles. It affects the vertical angle rather than the horizontal, so isn’t massively obvious in normal, casual use. But it is a sign that this is a pretty basic display. Here’s the contrast shift in action: 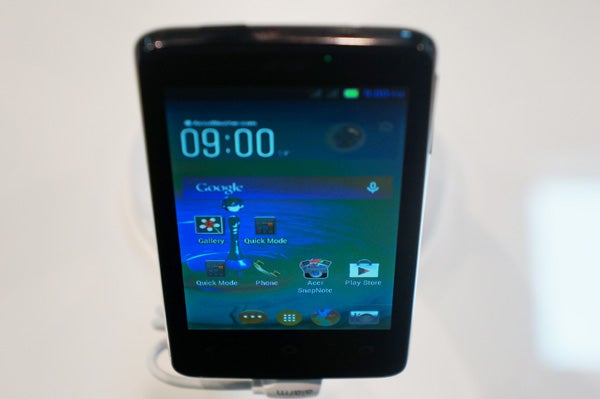 The Acer Liquid Z4 uses a slightly custom version of ageing Android 4.2 that includes a bunch of Acer extras. It’s far too heavy on green (Acer’s corporate colour) to be particularly pretty, but it doesn’t try to do anything too drastic to the basic way Android works.

With a dual-core 1.3GHz processor of unknown origin and just 512MB of RAM, you should expect fairly entry-level performance. It’s likely to start chugging once you’ve installed a dozen apps that slowly eat away at the system’s memory with their errant processes. We’ll check out how it handles games like Real Racing 3 when we get one in to review. 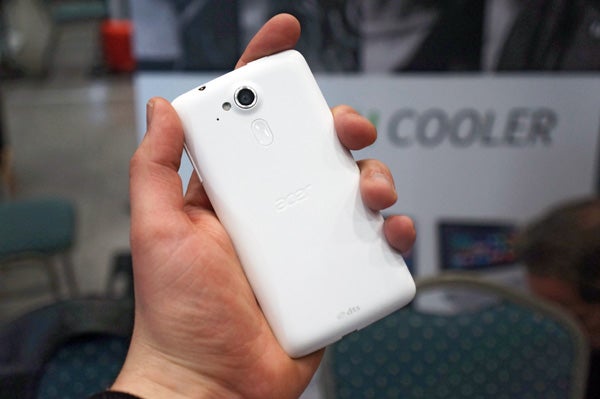 Other specs include a 5-megapixel camera and a rear LED flash. However, there’s no front camera, which might be a deal-breaker for some of you. 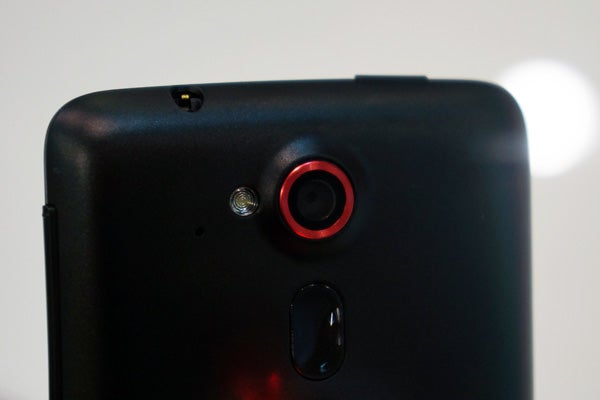 Acer has improved the looks of its budget Android phones a bit. The Liquid Z4 isn’t a bad-looking phone, and the rear custom button is a feature you don’t see often. However, the limited screen quality, low RAM and missing front camera might be hard to swallow for some. We’ll be back with more UK price and availability details as they arrive.

Next, read our round-up of the best mobile phones