What is the Acer Liquid E2?

Acer is a phone-maker whose mobiles aren’t commonly seen on the shelves of the local mobile shop. However, its phones tend to be a bit cheaper than the top names, they barely fiddle with the Android OS at all these days and the Acer Liquid E2 in particular has a solid mid-range feature list. It’s not pretty and its price isn’t quite as aggressive as alternatives from ZTE and Huawei, but the quad-core Acer Liquid E2 is a sound buy if you care more about value than style. 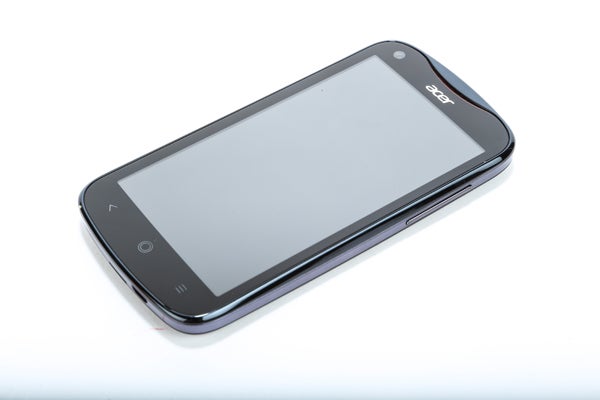 Not what you’re looking for? Try our best mobile phones 2013 round-up.

This is a phone that does try to separate itself from the pack looks-wise, but its don’t work particularly well.

Rather than using an eye-catching finish or a metal body, the Acer Liquid E2’s look is defined by the two speaker grilles on its rear. They’re the first thing you notice, as they are the most brazen we’ve ever seen on a phone.

We get it, Acer, you’re trying to tell us the phone has above-average speakers. However, they do not look good. 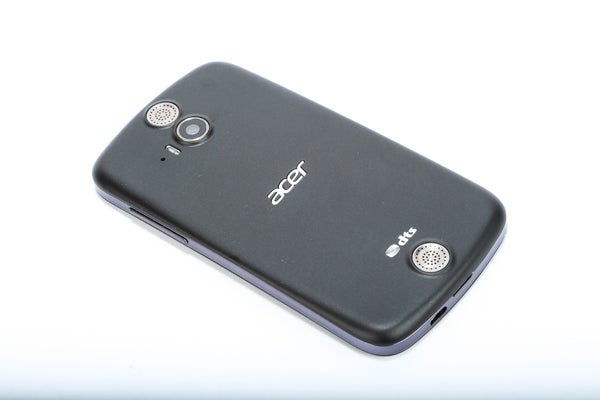 The one other bit of design trim is a spot of red up by where your ear sits when taking calls. Thankfully, it’s much subtler than the grilles, but still looks like a bit of a Franken-phone. It looks… incoherent.

From a more practical perspective, the Acer Liquid E2’s dodgy design doesn’t matter a great deal. The speakers don’t spoil the phone’s ergonomics, and handling is perfectly fine. At 10mm thick it’s no supermodel slim, but the soft touch plastic battery cover feels nice and smooth on the fingers. It’s not too heavy either, at 140g.

Average height, average weight, ill-advised looks – the Acer Liquid E2 is no beauty. But with a mid-size 4.5-inch screen, its power and volume rocker buttons are small enough to reach comfortably one-handed and – front-on at least – its looks are inoffensively drab. It also has a neat little green/red notification light in the screen surround and light-up soft keys.

Under its removable battery cover is a full-size SIM slot and the microSD memory card slot. With only 4GB of internal memory, a memory card is a must if you want to store music or videos. There’s also a dual-SIM version of the E2, although we’re yet to see whether it’ll be widely distributed in the UK. 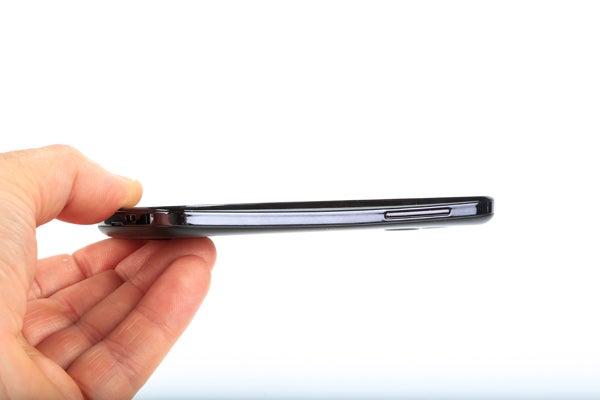 Aside from these slots under the hood, and the headphone jack/microUSB on the phone’s outside, all the Liquid E2’s connections are wireless. And, as you might guess, there’s nothing too advanced going on.

The Acer Liquid E2 does not have 4G or NFC, the two most important recent-ish additions to the roster of mobile phone connections. It does have everything else, though: Bluetooth, GPS, HSPA 3G and Wi-Fi. 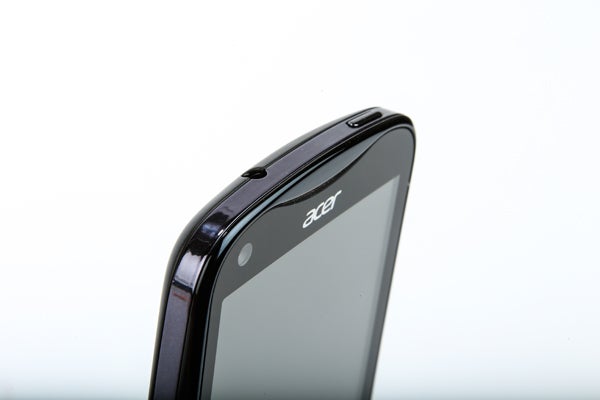 The Acer Liquid E2 has a 4.5-inch screen, a step or two below the 5-inch and near-5-inch top-end mobiles of the year, such as the HTC One and Samsung Galaxy S4.

Although not hugely dissimilar in size, there is quite a gap in screen quality. The Acer Liquid E2 uses an IPS panel, the type of screen used in most higher-end tablets and phones.

Its viewing angles are great – the main design goal behind this type of screen – and image quality is decent. However, there are compromises. 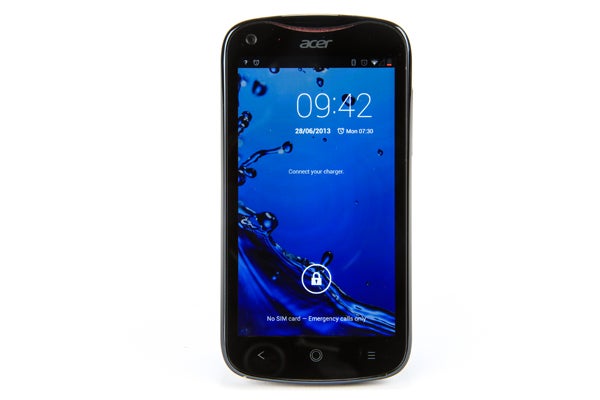 The screen doesn’t have the advanced anti-reflective coating seen in pricier phones, and as such the base ‘black’ of the screen is grey-ish in normal indoors lighting, spoiling the contrast of images. Resolution is fairly low, too.

The Acer Liquid E2’s display is 960 x 540 pixels, resulting in pixel density of 245ppi. That’s a respectable low-to-mid range figure, and it doesn’t leave normal-sized text looking blocky, but it lacks the pristine zingy clarity you’d get with a 720p or 1080p display.