What is the Raspberry Pi Zero W?

Last year’s Raspberry Pi Zero was a massive surprise for two reasons: nobody guessed it was coming and, more impressively, it cost just £4. It was so cheap, in fact, that it was even the first computer ever to be mounted on the front of a magazine. This year, the Raspberry Pi Foundation is back with a revamped Pi Zero, which now has the one thing we missed from the original: built-in Wi-Fi. A slightly higher price (£9.60) is easy to stomach for wireless networking, making the Pi Zero W a lot more flexible than its predecessor.

The Pi Zero W is tiny, measuring just 65x30x5mm. That makes it about the same size as an M.2 SSD. Rather than just storage, though, the Pi Zero W’s tiny circuit board holds an entire computer, including a 1GHz single-core Broadcom BCM2835 CPU processor, RAM and the wireless chip.

The wireless chip supports both Bluetooth 4.0 and 2.4GHz 802.11n Wi-Fi. Although wireless network speeds aren’t the fastest, you don’t need any more speed with a computer like this, and the integral network is still a huge bonus.

Space constraints lead to the minor drawbacks that the Pi Zero also had: there’s no room for full-size ports. So, there’s a Micro USB port for power, a Micro USB OTG (On The Go) port for peripherals and a micro HDMI output. In other words, you’re going to need to buy adapters to plug anything into this computer. I recommend buying a powered USB hub, too, as the Pi Zero W’s USB port couldn’t provide enough power for a standard USB hub, keyboard and mouse. 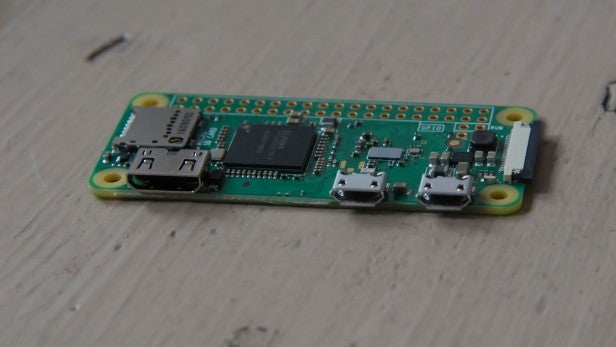 At the rear of the board is the microSD card slot. You’ll need to provide at least an 8GB card loaded with the OS of your choice. Typically, this will mean installing the lightweight Linux distribution, Raspbian, which is designed specifically for the Pi.

This model has the integrated camera interface (CSI), which was missing from the first Zero release, although added for the next manufacturing run. It’s a smaller connector than on the regular Pi, so you need the optional adapter cable to make the camera fit. There’s still no DSI connector, so you can’t hook up the dedicated Raspberry Pi display. 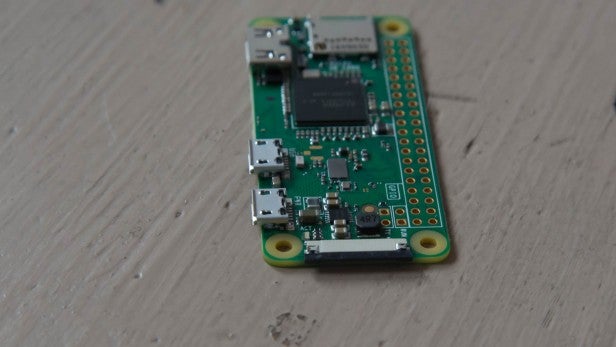 There’s no analogue audio output, although you can find detailed instructions online on how to add one – you’ll need to get that soldering iron out again. Likewise, the composite video output is missing, but you can solder one on if you need.

The 40-pin general purpose input/output (GPIO) header remains unpopulated. For those looking to get started quickly and try out lots of projects, this could be frustrating; the upside is that you can choose to only solder the connections that you need

New for this model is an optional 3D-printed case. The Pi Zero W just drops in and is held in place with a small clip. There’s then a choice of case lids, depending on whether you need any wires to run to the mainboard. With the case, you also get clearly marked USB ports, so you know which one’s for data and which one for power. It’s exceptionally neat, looks fantastic and makes the Pi Zero W feel much more like a complete product. The only minor issue is that I found the Mini HDMI adaptor wouldn’t stay in place when the Pi Zero W was in the case. I was using a rigid, dongle-style adaptor, so recommend using a Mini HDMI to HDMI cable adapter instead to make a firmer connection. 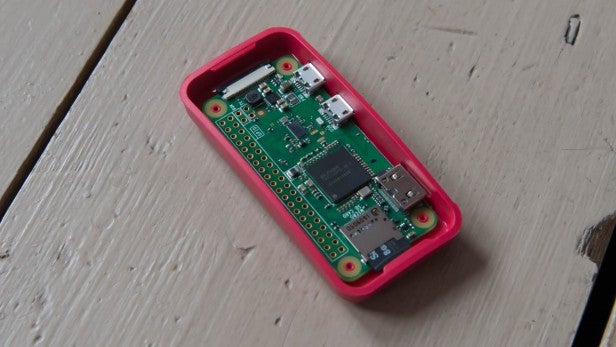 If you’re used to the Raspberry Pi 3, which has a quad-core Cortex-A53 CPU, then the Pi Zero W will feel considerably slower. Its 1GHz single-core Broadcom BCM2835 and 512MB aren’t the speediest of combinations, which show in the comparatively slow boot speed (53s to a usable desktop).  I also ran Sysbench on the Pi Zero, verifying prime numbers up to the maximum value of 10,000. Running just a single threat, as the Pi Zero W has just a single processor core, the test took 530.27s to complete. Running the same test on a Raspberry Pi 3, the same test took just 182.49s, while the computer took just 24s to boot. As the Pi 3 has a quad-core processor, running Sysbench with four threads reduced the benchmark time to just 45.86s.

Performance isn’t everything, and it depends on the type of project that you want to use the Pi Zero W for. For less-demanding, single-use projects, the Pi Zero W has more than enough processing power.

Raspberry Pi Zero W – What is it good for?

For example, I was running a LightwaveRF smart lighting server on a Pi 3 to integrate with Samsung Smartthings, but that’s a bit overkill on the ‘big’ Pi; the Pi Zero W is the perfect companion for this job.  And, it’s not something that I could have used the old Pi Zero for easily: by the time I’d attached a powered USB hub to get a network connection, I would have had a rather messy solution. Likewise, to build a remote camera or temperature sensor, the lightweight and cheap Pi Zero W makes lots of sense. While I’ve listed a few examples, there are hundreds more online, and the Pi Zero W is a blank canvas ready and waiting for the project of your choice.

Should I buy a Raspberry Pi Zero W?

Whether the Raspberry Pi Zero W is for you, depends on what you want to do. For light-use jobs or where space is at a premium, the Pi Zero W is a phenomenal bit of kit. But, for some projects, you’re going to have to be handy with a soldering iron to get the results you want. For a lot of people, then, the Raspberry Pi 3 remains the best choice, as its faster processor, full-size ports, and populated GPIO header makes it far more flexible and easier to get started with. 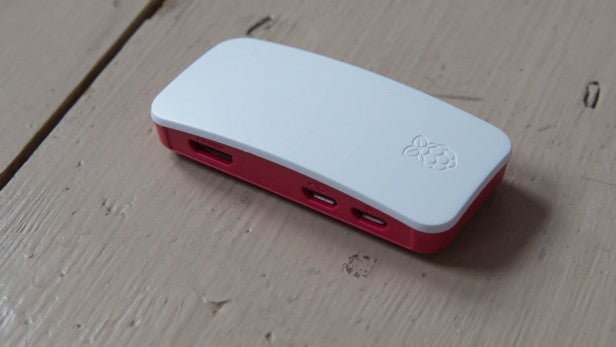 Ultimately, it’s all about choice and being able to buy a full Wi-Fi computer for under a tenner is just incredible. For anyone with a specific requirement that needs a network-connected device to do a job, you just can’t beat the Pi Zero W for value and quality. Yes, it may cost more than double the price of the original Pi Zero, but the Pi Zero W is arguably more than twice as useful.

A full computer with built in Wi-Fi that costs less than a tenner – what’s not to like?