No, Tim Cook, Apple is not exempt from privacy woes…
Tim Cook seems to have appointed himself the world’s forefront evangelist for technology privacy. That’s great! He’s by far the most important man in the industry and if he’s leading the charge then others will jump on the bandwagon and governments will find it more difficult to impinge upon our civil rights.

However, blasting Facebook, Google and state agencies for mining user data, while anointing your own company as a pariah seems a little bold, given Apple’s form when it comes to securing our data.

Sure, Cook preaches now, but less than a year ago, poor Jennifer Lawrence’s derrière was posted across the internet thanks to Apple’s high privacy standards. Personally, I think its J-Law’s “fundamental right” to have her naked body concealed from the internet. I think there’s a special line in the constitution especially pertaining to that.

Of course, Apple brushed all that under the carpet and blamed the stars for their rubbish passwords. It has stepped things up since then with two-factor authentication and enforcing harder-to-guess passwords, but shouldn’t it have been doing that in the first place?

. But that doesn’t mean there aren’t others out there who can find use for that data, should they gain access to it via an iPhone or Mac.

Users have had to wait days and even years for bugs like Flashback and the FinFisher Trojan to be eradicated. Remember when the Wired reporter’s digital existence was practically erased when his iCloud account was hacked as recently as 2012?

Related: What’s the best cloud storage service to use?

If Cook realises Apple hasn’t been perfect and is fully committed to making Cupertino the HQ for a new guard of privacy-conscious tech companies, then it’s good news for everyone.

He’s right to spread the good word of the dangers of mindlessly handing our information over to Google and Facebook for “God knows what” purpose. However, if he’s really that concerned, why not hold Facebook and Google or (any other developer for that matter) to higher standards before allowing them anywhere near the App Store? Right now the iPhone and iPads are vessels for other companies to mine our data, even if Apple itself isn’t using it for its own means.

Cook mentions the dangers of “free services,” but Apple largely pushed the merits of its free iCloud platform to all of its users without a single mention of the potential ramifications of having all of that data existing permanently in the cloud rather than on a single device. Hence, those seeking convenience over safety simply agree, agree, agree.

Cook is right to draw attention to governments seeking to undermine the drive towards universal data encryption. However, right now the expression about people in glass houses throwing stones springs to mind here. When you’re constantly telling everyone “Hey, you! Look over there,” it’s surprising what you can get away with. It’s worked pretty well for David Cameron so far.

It’s good to see Cook taking such a lead on this issue, but it’d carry more weight if Apple had even gone a year without a major privacy scandal of its own.

The conflict isn’t so much that the ads are there, it’s about Reed Hastings’ previous vow to ever to inflict them upon users. While they’re not traditional ads, interrupting shows or promoting third party products, it does reflect a changing of the times at Netflix.

In the pre-Originals era it probably didn’t matter to Netflix what subscribers were watching as long as they were logging the hours and re-upping those monthly memberships. The landscape was pretty democratic, with the company pushing popular shows and personalised recommendations.

That’s very different. Now it definitely matters to Netflix what users are tuning into. If the company is ploughing millions upon millions of dollars into original programming no-one is watching, then that’s not going to go over well with shareholders. These shows need to be hits.

So, dear Netflix subscriber, in the future you know what you’re going to see front and centre of your ‘personalised’ recommendations and as a pre-roll trailer every time you hit play on an old episode of Red Dwarf, right? Yep, a Netflix Original in need of viewers.

SEE ALSO: What to watch this weekend on Amazon Prime and Netflix 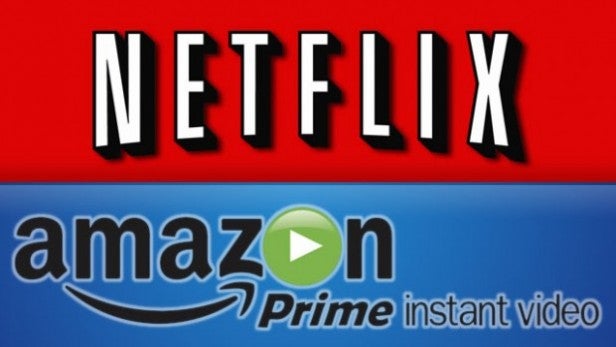 It’s about time Ticketmaster got a fight… Let’s knock ’em out
Did you know a $32 ticket to see Sam Smith in Miami later this month costs $49 after Ticketmaster fees are accounted for! If it wasn’t for Sam Smith sounding like water disappearing down a plughole, to my ears, I’d be apoplectic!

$17! And for what exactly? Some minor electronic processing that requires very little human endeavour? For some reason, Ticketmaster thinks is service is worth an additional 50 per cent of the entry price and you even have to print the bloody things yourself too. I truly resent using Ticketmaster with every fibre of my being, but such is the company’s monopoly, sometimes you just have to just lube up and accept being legally extorted, rather than miss your favourite events.

Hopefully change is afoot thanks to the freshly-announced Songkick and CrowdSurge wedding. The pair have united their more noble event-related endeavours in order to challenge Ticketmaster’s mob rule and have the support of some of Silicon Valley’s most influential investors to boot.

I reckon this is a really promising alliance. The combination of the essential gig-discovery service with the upstart artist-to-fan ticket retailer can cut out the ticketing gangsters and their ‘convenience fees’ that often tally upwards of 50 per cent of the door price.

Fans hate Ticketmaster, and artists like Louis C.K. hate to see their own fans hauled over the coals. It doesn’t have to be that way. 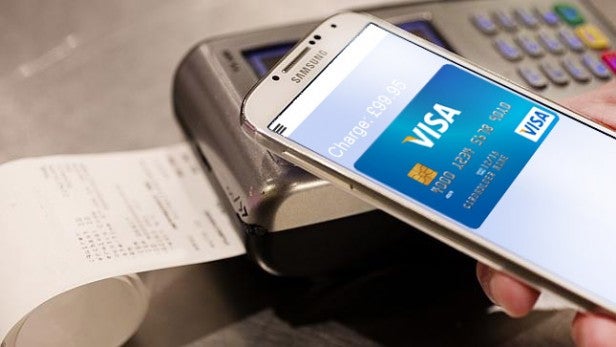 Random thoughts for the weekend…

Facebook Lite is great for the developing world, but the company
should offer it to everyone. It offers the company’s core services while
consuming fractions of the data. What’s not to like?

There’s unlikely to be new hardware or the long-awaited streaming service, but thanks to HomeKit integration, Apple TV will truly come of age at WWDC on Monday. Goodbye “hobby project,” hello the centrepiece of the connected home.

The Samsung Pay delay is no big deal. A couple of months is not an issue when you’re going to have compatibility with 90 per cent of retailers right out of the gate. Samsung’s solution has the potential to smash Apple Pay and everything else out there right now.