OPINION: Following one of the biggest weeks in the tech calendar, our US correspondent Chris Smith sticks it to the iPad Pro, picks a bone with Jawbone and explains why a $50 Amazon tablet would sell like hot cakes.

iPad No, more like…
Is the iPad Pro the least ‘Apple’ product of the last 15 years? When lined up against the company’s other iOS devices, it looks like a basketball player hanging out in a room full of supermodels.

“One of these things is not like the others,” as Big Bird from Sesame Street once sang.

It’s not only that it doesn’t fit in with the rest of the portfolio, but it just seems like a rather un-Apple-like amalgamation of stuff other companies have done before, with Cupertino’s sheen and marketing hyperbole plastered on top.

Essentially, it’s Apple playing catch-up and acting like it is pioneering something that already exists.

The firm spent about 15 minutes of yesterday’s marathon keynote talking about a bloody stylus; an accessory the company mocked in the time of Steve Jobs.

To me, the Pencil looks like nothing more than an exceptionally well-executed gimmick. The fact it doesn’t come with the device and you have to stump up an extra hundo is a bit of a travesty too.

Meanwhile, the Microsoft employees who took the stage to demo Pencil with Office must have also had a little chuckle when, a few minutes (felt like hours) later, Apple ripped off the Surface Pro’s Touch Keyboard and presented it as a ‘revolutionary’ product because it has a proprietary connector. Yeah, nice one lads.

SEE ALSO: Is the iPad Pro a MacBook Air or iPad Air rival? 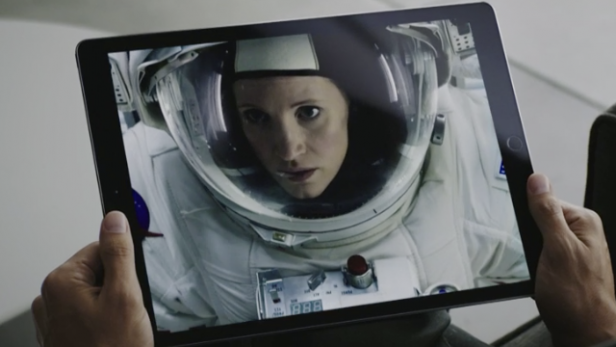 And what’s all this utter, utter cobblers about it being faster than 80 per cent of PCs shipped in the last 12 months? Jesus wept! What an absolutely pointless stat to brag about that is given the amount of rubbish entry-level PCs on the market right now

The fact is, unlike the Surface Pro, iPad Pro still doesn’t address the main reason why creative and office workers still can’t use an iPad to replace their laptop.

For all of the split-screen multi-tasking, sketching ability, the keyboard accessory, hugely impressive display and a super svelte body (we’re supposed to be impressed that it’s only just heavier than the first iPad from two thousand and bloody ten?), it still can’t run proper desktop apps and it still has no file management system of note.

As my friend James Stables of Wareable.com tweeted yesterday…

How much more functional would this device be if it was able to dual boot Mac OS X when the keyboard was attached?

Many Apple fans have asked for a proper MacBook/iPad hybrid, but Apple continues to do everything but. The closest we’ll ever get will be this and the Apple MacBook 2015.

Apple has always attempted to break the mould, even when it isn’t at the forefront of innovation, but the iPad Pro has never seemed like the way to revamp the tablet line. It just seems too out there.

Put it this way, if Toshiba launched this device probably all have a little chuckle to ourselves and shove it in a ‘weirdest gadgets of IFA 2015 list.’

Related Does the iPad Pro make a good first impression? 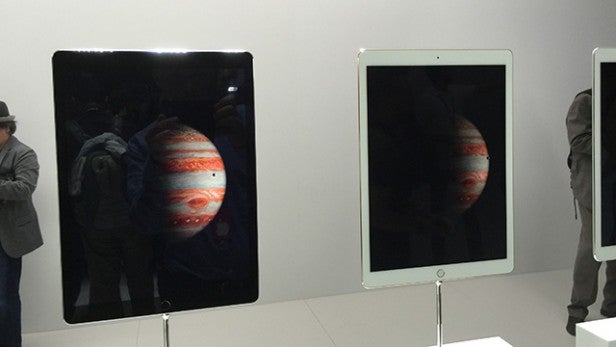 Even with the updates, Jawbone UP3 still gets the thumbs DOWN
This week wearable pioneer Jawbone offered updates for its UP3 tracker, offering automatic sleep detection – meaning no more tapping the band – and passive heart rate detection.

After months of delays and the underwhelming state of the product at launch, is it now a more intriguing prospect? Well, no. It still feels like the company’s most advanced tracker yet is a huge disappointment.

Passive heart rate tracking (when you’re sat still) is all well and good, but users want to know how they’re doing when they’re out exercising! The UP3 just flat refuses to log your heart rate when you’re moving.

Couple that with the awkward design and fastening mechanism that’s nowhere near as ‘wearable’ as the UP24 and the inability to solve the design puzzle and make the device fully waterproof you’ve got a mid-tier fitness device at a Premium price point.

In this climate, that just isn’t going to cut it. Back to the drawing board, for Jawbone. 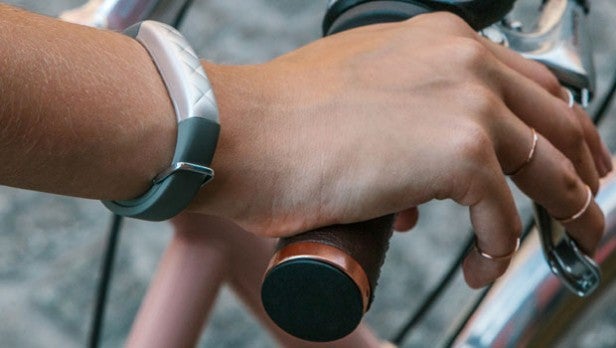 I’d buy a $50 Amazon tablet and here’s why…
Reports this week suggested Amazon is working on a super cheap version of its Kindle Fire tablet; a 6-inch $50 (around £33) slate. That’d would sell by the damn truckload for a number of reasons, but here’s mine.

How many of you cringe when visitors to your home pick up your tablet like it’s communal property? They’ll start browsing the web and checking apps completely oblivious to the fact that gadgets these days are deeply, deeply personal devices.

$50 is cheap enough to splash out on a device that everyone and their dog to use, while your expensive iPad, Kindle Fire or Galaxy Tab remains untouched. 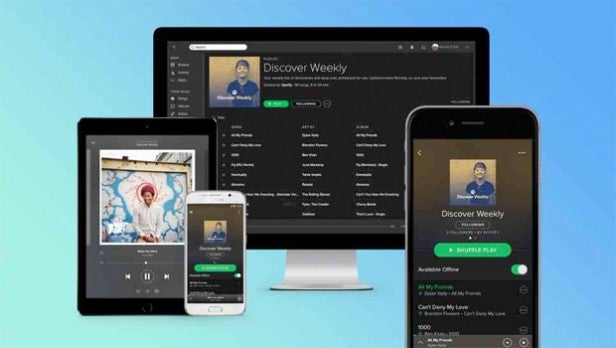 Random thought
Is it just me or was Crossy Road the most awesome-looking thing on display at the Apple launch this week?

Spotify Discovery… I’ve discovered how good it is
This week, Spotify launched a tool that allowed music hipsters to brag about when they first discovered a band via the streaming service. Personally, I’ve always thought Spotify’s music discovery efforts have missed the mark down the years. However, the Discover Weekly playlists have really found a sweet spot.

After being turned off initially, I’ve stuck with this feature and it seems to get better every week. Consistently it delivers music I a) like, b) hadn’t heard before and c) want to explore further. Top marks, Spotify. A most unexpected surprise.