What is the iPad Pro?

The iPad Pro is the next generation in Apple’s tablet line-up. As has been rumoured for months now, it has a 12.9-inch screen display. It’s closer to the size of a laptop than a tablet.

It may leave you wondering: who is the iPad Pro for, and is it going to eat into the MacBook audience, or the iPad one? With both tablet and laptop markets not exactly booming right now, there’s little chance of the iPad Pro suddenly sparking off a computing revolution in people who never knew they needed either, right?

Related: 6 features that will make you want an iPad Pro 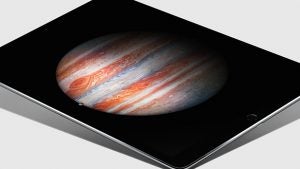 Who is the iPad Pro for?

The iPad Pro’s price and screen size pretty much explain why the MacBook Air range has been so stagnant for so long. The new tablet’s price is very similar to that of the ‘entry-level’ MacBook devices, and solves all of the problems of those devices.

Dated design? Low-ppi screen? All of that is catered for by the iPad Pro, which has a thoroughly modern, light, slim-screen-surround design and a very high resolution display. Apple wants people who might buy its lower-end laptops to buy one of these.

We’ve heard plenty of people wondering, often for weeks at a time, as to whether they can buy a tablet and not need a laptop anymore. This is the tablet out to prove you can.

Of course, this approach is nothing new. With the iPad Pro, Apple is essentially making the same moves Microsoft did years ago with the first Surface Pro. This first Apple attempt seems a lot less awkward than Microsoft’s initial go, though. 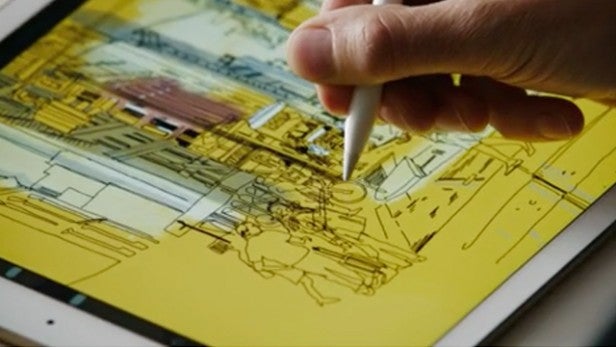 It’s not a MacBook Pro-replacer

During the launch, we were told about how the iPad Pro’s Apple A9X CPU is resolutely ‘desktop-grade’, yet another affirmation that you can think of this as a ‘PC’ of sorts rather than a flimsy laptop. Apple even went on to boast about how the Pro’s CPU is more powerful than 80% of the portable computing devices sold.

It would be foolish to think the Apple A9X is really going to fare all that well against an Intel Broadwell or Skylake Intel Core-series CPU. If you edit video for your work, need to edit RAW files from your camera or perform something similarly intensive, you’re still going to want a MacBook Pro rather than an iPad Pro.

Further down the range, will the iPad Pro instantly kill of the MacBook Air? Of course not, but this release lets Apple see how the new tablet eats away at the sales of its entry-level laptops.

After all, how many MacBook Air owners do you know who do little more than browse the web, look at emails and so on?

Related: What can 3D Touch do on the iPhone 6S and 6S Plus 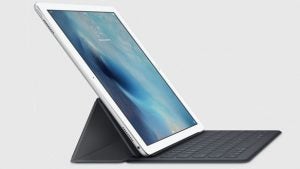 The scalable solution offers both tablet and laptop guises

One of the interesting things about the iPad Pro, though, is that it is a chameleon. You can’t pin it down into one category unless it’s ‘hybrid’, itself spanning two categories.

The two main versions of the iPad Pro fall closer to each end the laptop-tablet hybrid territory, though. If you want something to act as a laptop, of course you’re going to want to buy the 128GB iPad Pro. The 32GB edition just isn’t going to cut it. Well it wouldn’t for us, at any rate.

Where the iPad Pro really starts to play with its identity is with the two main accessories. The Apple Pencil and the Smart Keyboard both add, no surprise, the extra functionality offered by the Microsoft Surface 3.

Smart Keyboard is a magnetic keyboard module that uses the same kind of ultra-shallow key switches we saw in the MacBook 12-inch. It’s no Lenovo ThinkPad, but does get you a reasonably convincing laptop-ish typing feel.

This keyboard costs $169, so does whack up the price quite a bit, but is an admission that if you want to do serious work on a tablet, you still want a keyboard. For now at least.

In order to fit in a comfortable full-size keyboard that matches the size of the iPad Pro screen, the add-on does not have a mouse pad. Instead, there’s Pencil ($99).

Here’s where the iPad Pro gets a bit disruptive.

Related: Apple TV 2015 – Everything you need to know

How Pencil is an apology for the lack of mouse

It’s a pressure sensitive stylus, using clever tech built into the nib. Unlike a Wacom digitiser, this is a powered stylus, folks.

Surprise launch guest Microsoft helped to explain how the Pencil would be a bit more of a convincing bridge between mouse and touchscreen operation. In PowerPoint, for example, you’ll be able to draw objects with the Pencil and have them rendered as perfect ‘shapes’ in your presentations, using gestures to bypass the parts of app UI you’d normally traverse with a mouse. 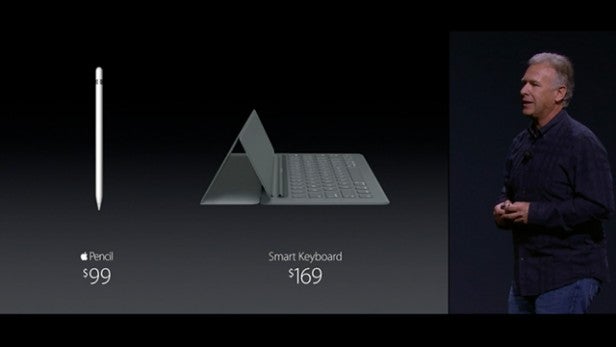 Even Microsoft wants to wean us off our mice, and it built a trackpad into its Surface keyboard module. If you’re not ready for this, or for using the touchscreen instead of a mouse, you should probably get yourself a MacBook rather than one of these oversized iPads.

After labelling this a device to get instead of a MacBook Air, there are other serious concerns too. The iPad Pro has virtually no connectivity options. There’s Lightning port, and a new 3-pin magnetic connector that can transfer both power and data, but exactly what you’ll be able to plug in beyond the keyboard remains a mystery.

Related: USB-C – What you need to know?

From our perspective, we’d seriously miss having an SD card slot and a full-size USB slot for attaching any kind of peripheral. And even if we do see a series of adapters that let you turn the new 3-pin port into a do-everything socket, carrying around adapters is a pain in the backside. 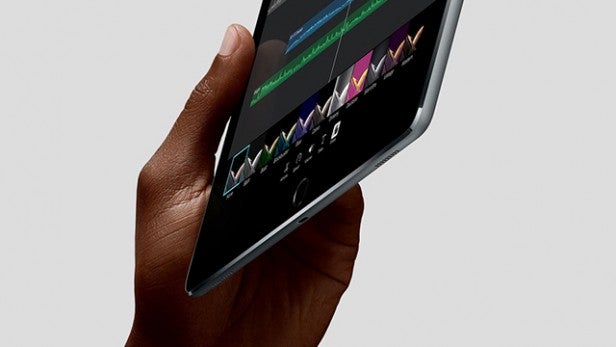 The more we think about the iPad Pro, the more we have second thoughts about getting rid of our iPad and MacBook combo. Just look at the dimensions.

The iPad Pro is 30cm long and weighs 713g. It’s not friendly for a packed commute, not like the 437g iPad Air 2 or 300g iPad mini 4. The iPad Pro is a bit of a homebody unless you’re going to get the keyboard module. And even then we have doubts about how flexible the keyboard will be in terms of the angles it lets you place the display at.

Why iPad mini is key

As we build up a picture of the iPad Pro’s appeal and now dismantle it, there’s also the price to consider. It’s very expensive for a device that runs iOS rather than a ‘full’ computer system like OS X. iOS 9 carries-on bridging the divide between the two, but there’s still a gulf. A big one. 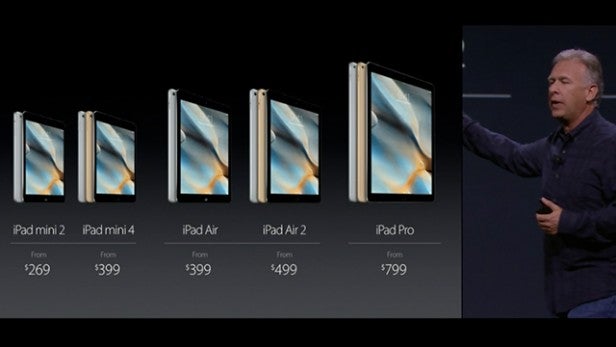 Apple’s continuing to sell what are now very old iPads also shows us that offering something at almost every price is a big concern. Get this: you can now get the iPad mini 2 for $269/£219. That’s just over a third the price of the entry-level iPad Pro, let alone the 128GB version you’ll really want to get the most out of the thing.

You see, unless you’re quite rich, the iPad Pro doesn’t necessarily replace either a MacBook or an iPad. Both those long-standing series are mature, and offer much better value in their cheaper options than the iPad Pro does. Just like the 12-inch MacBook, it’s an early adopter device that doesn’t really offer fantastic value when you consider the accessories you need to buy too.

It has one pretty excellent USP, though, at least in Apple’s line-up. The Pencil makes the iPad Pro a much better sketchbook or graphics tablet alternative than anything Apple makes at the moment. Perhaps for now we should consider it in these terms rather than as something that’s going to leave normal iPads and the MacBook range as piles of smoking debris in 2016.