Every week, we bring you the best crowdfunding project that’s worth backing, and one to avoid. This week, we are very excited about the revival of a classic video game, and pass on the chance of buying a car for a complete stranger.

Related: Nura are a pair of headphones unlike any other

What is System Shock?

It’s a remastered version of System Shock, a classic sci-fi horror game that was first released back in 1994. Nightdive Studios is rebuilding the game from the ground up using the Unity Engine, which is the same engine used to make games such as Deus Ex: The Fall, Temple Run, Monument Valley and Superhot.

As that list suggests, the Unity Engine makes the game easy to port, and so it will be available for multiple platforms including Mac OS X, Windows 10, Xbox and Linux. 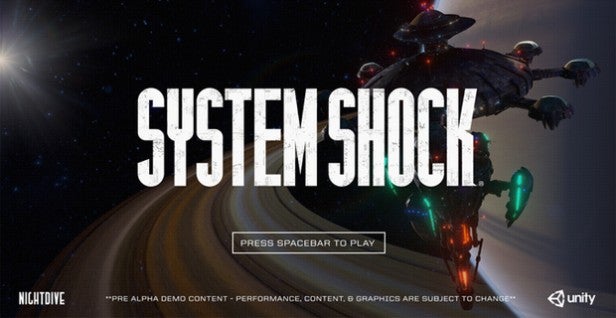 Because it’s System Shock! If you never played it, it’s hard to overestimate the game’s influence – it inspired titles like Bioshock, Deus Ex and Dead Space. Back in 1994, the games charts were dominated by colourful, cartoonish platformers like Sonic the Hedgehog 3 and Earthworm Jim, or ridiculously over-the-top gore-fests like Mortal Kombat 2 and Doom 2.

Nothing wrong with that, of course, but some gamers hungered for something more grown-up. Enter System Shock, with its unique mix of stealth, sci-fi horror and action.

For many gamers, it was the closest they could get to a playable version of the movie Alien.

Nightdive has kept the same storyline as the original. It sees you trapped aboard the Citadel Station, a space station owned by the TriOptimum Corporation. You’ll have to survive against the cyborgs and mutated crew members that populate the ship, which has been corrupted by a maniacal artificial intelligence called SHODAN.

It might sound a bit pat by today’s standards, but that’s because it set the template for a lot of modern games. In fact, it was one of the first games that told the story through audio logs and messages that you’d come across as you explored.

If you want a taster of what to expect, you can download the pre-Alpha demo now from Steam, gog.com and the Humble Store. 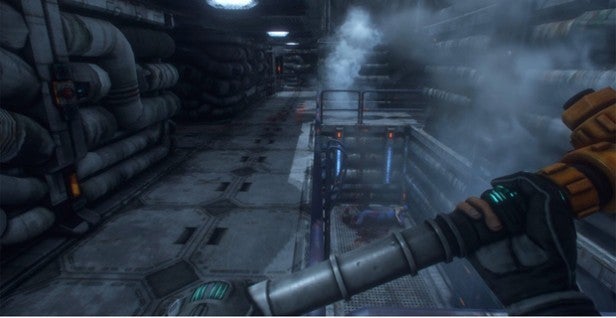 Dealing with such a historic title is always tricky. The makers will have to add enough new elements to make it appeal to newcomers, without changing so much that they annoy fans of the original. Thankfully, it looks like they’re up to the task.

All enemies, weapons and locations have been reimagined and redesigned by Robb Waters, concept artist of the original System Shock. There’s also a new musical score composed by Jonathan Peros, composer and sound designer on System Shock 2 and Luna’s Wandering Stars.

The user interface, game mechanics, enemies and puzzles will be updated to reflect modern aesthetics and sensibilities while keeping the feel of the original. Plus Terri Brosius will reprise her role as SHODAN, recording an entirely new voice-over (you might recognise her vocal talents from Dishonored, Thief: Deadly Shadows and Thief: The Dark Project).

Then there’s the challenge of making the game stand out, which is no mean feat given the scores of imitators it inspired. In this respect, System Shock is a victim of its own success.

Similar, yes, but not quite the same. Half-Life, BioShock, and Deus Ex wouldn’t exist without System Shock, and it’s influenced a whole raft of other games, including Metal Gear Solid and Resident Evil.

Kickstarter has also become a destination for retro video game revivals: Shadowrun Returns, Wasteland 2, and, er, Leisure Suit Larry in the Land of the Lounge Lizards: Reloaded, have all been success stories on Kickstarter. Then there’s Shenmue 3, which is coming soon. 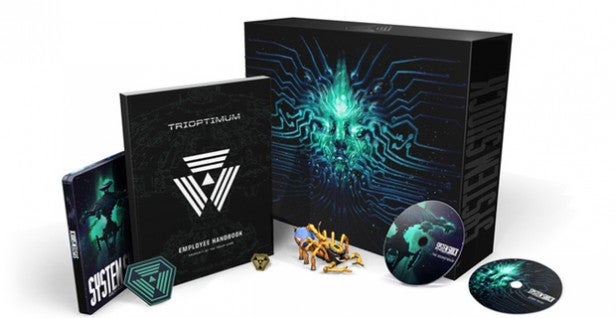 Yes, yes and thrice yes. If you’ve enjoyed at least one first-person shooter (FPS) since the mid-90s, then you owe System Shock a debt of gratitude – it gave birth to many of the current FPS staples. The team has also put together some pretty great stretch goals…

These include extra locations, more platforms to play the game on, multi-language support, cool in-game extras like vending machines, weapon upgrades and mini games, a full orchestral score, more detailed deaths and a remix of the original soundtrack.

The rewards are also pretty tempting. Pledge $75 (£57) and you’ll get a physical copy of the game in a steel case, exclusive access to the closed beta, along with digital copies of System Shock Enhanced and System Shock 2.

Note that at time of publication, there were only nine days of the System Shock Kickstarter campaign remaining, so if you want in on the action, you’d best get a move on.

Sadly, not everyone puts this much effort into their crowdfunding campaigns. Like First Car. This involves a man from Azerbaijan asking members of the public to buy him a car. And that’s it.

He couldn’t even be bothered to spell out why he was deserving of such munificence. Instead, he left the campaign guidelines where he should’ve written his campaign. So instead of introducing himself and his background in the first section, he’s left it saying: “Introducing yourself and your background.”

Still, you’ve got to admire the cheek.

How excited are you for a System Shock remaster? Let us know in the comments below.