A guide to GameFly game streaming

In this day and age the preservation of digital goods has becoming an increasingly hot topic. With the demise of the arcades, the gathering dust on our SNES and Mega Drive consoles and the ever important question of backwards compatibility in our modern console purchases, companies are desperate to try and find a solution.

Samsung is the latest company to hitch its wagon to the streaming service and joins Amazon in partnering with GameFly; the popular U.S gaming and movie rental service. By including GameFly’s streaming service with their Smart TVs Samsung is looking to make its televisions into a one stop shop for all your entertainment needs.

The question is, though, how does it measure up to the current backward compatibility options that are out there? Does it hold a candle to Playstation Now? Can it compete with the Xbox One backwards compatibility offering native, disc-based support for 360 games? 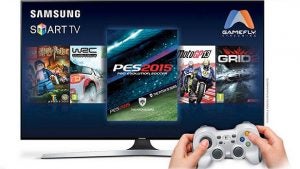 What is game streaming?

The easiest example of streaming out there today is Netflix. You choose your film or television show, hit play and then whatever you have chosen comes from the Netflix servers to your device; be it your console, tablet or PC. You don’t own that content, you’re just paying a fee to Netflix to watch things from their library.

That is a solution that companies are tinkering with for gaming as well, with GameFly offering the “Netflix of games” to their customers. It’s a lofty promise, and they’re far off being that successful or comprehensive.

Many companies have tried to go down this route; with OnLive being the first to try, and subsequently fail, Sony experimenting with Playstation Now and even Microsoft talking about potential streaming options as time progresses.

GameFly streaming is starting to get rolled out across more countries following its limited launch in smaller territories earlier this year on Amazon TVs. The move to partner with Samsung, says GameFly CEO David Hodess, “is a great way to bring GameFly Streaming to consumers across the globe.” 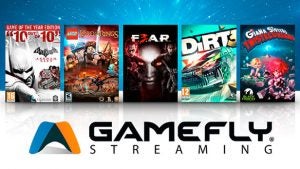 A quick browse of the GameFly streaming website won’t give you much information here, but the company isn’t offering a Netflix style pricing model. Instead of a fixed monthly fee you’ll instead be paying for a “bundle” of games for a fixed price, which starts at $7 a month. These bundles tend to be broken up into themes; a LEGO bundle for kids, a Hardcore bundle with more mature titles etc. They’re also offering a “gamer pack” for a slightly higher fee that comes with 16 titles.

That’s simply the cost of the service though. But, to make things more complicated, the devices on which you can use GameFly streaming is pretty limited:

If you already own one such device then the cost isn’t as prohibitive, if not then you could be looking at a massive outlay. It’s also worth noting that Samsung Smart TVs can also run Playstation Now.

See also: What is PlayStation Now? A guide to Sony’s streaming service 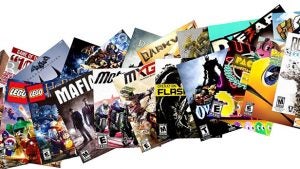 So what games are available?

These services live and die by the content on offer. Currently GameFly’s streaming library is extremely limited, though more games are promised to be added monthly. Due to the nature of this being a third party service, however, you shouldn’t expect to see exclusive titles from the major platform holders. That means no Gears of War, no Halo and no Uncharted.

Major titles, too, remain conspicuous by their absence, suggesting that bigger publishers are holding out to see if these streaming services become successful. Current generation titles, too, are currently unavailable.
At present these are the games that are available on GameFly’s streaming service: 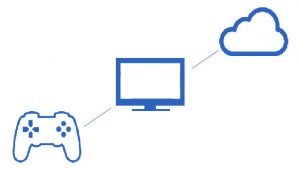 Do I need good internet?

That average, though, comfortably beats the requirements for GameFly’s streaming service:

The minimum speed sits at 5Mbps, but for HD quality (which it should be stressed rests at 720p rather than 1080p) then it’s recommended you have at least an 8.5Mbps connection.

How do the games look and run?

The games themselves run at 30fps (or frames per second) regardless of title, resolution or bandwidth. That will be an enormous stumbling block to many gamers who are used to certain titles and genres running at 60fps on their consoles or PCs.

For those of you used to things like fighting games or shooters the difference will be extremely noticeable (and the lack of FPS titles in GameFly’s current streaming library is extremely telling).

What else do I need?

In addition to the TV, a solid internet connection and falling into one of the supported regions you’ll need an input device to operate the games themselves. Thankfully the list is quite comprehensive and covers common controllers like the Logitech F310, F710 and the Xbox wired controller. 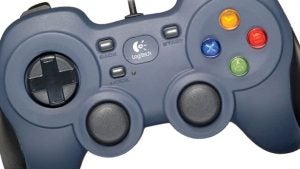 If it sounds like we’ve been a little harsh on GameFly Streaming it’s because we remain sceptical of these “gaming Netflix” promises from a number of companies. There are too many publishers, too much red tape and too many licensing issues to ever really achieve a goal like that.

For many people, though, they’ll be wondering why their favourite games aren’t on the service. Streaming games, whether it be GameFly or Playstation Now or the Nvidia Grid service, remains niche and until services can demonstrate a solid userbase and a cost effective solution to backwards compatibility then they’ll remain both limited in scope and library.