What is PlayStation Now?

Designing a new console can involve taking some tough decisions, and with the PS4, Sony took one, by opting to omit the backwards-compatibility chips found in previous generations of PlayStations, in order to keep down the console’s initial price. Instead, it took a more lateral-thinking approach, buying the Gaikai game-streaming service created by industry luminary Dave Perry, and reshaping it into PlayStation Now.

PlayStation Now is Sony’s attempt at a solution to the PS4 backwards compatibility problem.

See also: What is PlayStation Now? A guide to Sony’s game streaming service 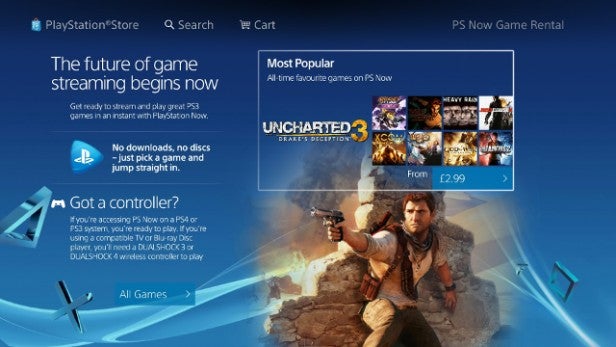 Having been available in the US since earlier this year, PlayStation Now has entered its beta-testing phase in the UK – indeed, if you subscribe to PlayStation Plus, you can sample it right now.

And that initial entry point is where PlayStation devotees may instantly decide to disdain the service, since right from the very start, they will have to pay for something that was previously free.

Plus, the majority of the time you pick up the games second-hand for cheaper than £7.99, meaning it’s much more worthwhile just to hold on to your old PS3.

Sony
has received criticism for not offering subscriptions longer than three
months, and for failing to favour PS Plus subscribers.

Especially so against a backdrop of Microsoft’s announcement at the E3
Show that it will be bringing Xbox 360 backwards-compatibility to the
Xbox One for free to all later this year. All you need to do is put the old discs in your Xbox One, or download your Xbox 360 digital titles right from the “My Games and Apps” tab on your new Microsoft console. 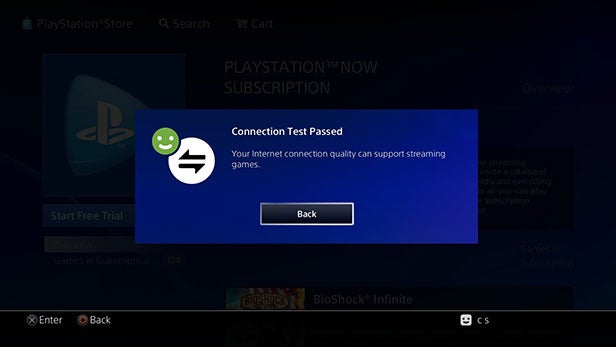 At least it works impressively well – so well that as a technology, it has an almost ghostly presence. All you have to do is head to the PlayStation Store and pick the PlayStation Now menu item, then hit the tab entitled “All games”. If any of those games takes your fancy, just click on its icon, choose your rental period, pay for it and – almost magically – the game will start. End your session, and the game will appear on the PS4’s Cross-Media Bar, as if it were sitting on your PS4’s hard disk.

From the off, though, you’re reminded that PlayStation Now is a streaming service – every time you launch a game, PlayStation Now tells you that it is polling your broadband latency, and if your connection is too slow to run the game properly, it simply refuses to launch it. And if your broadband speed deteriorates during a session, graphical quality gets increasingly blocky, until a yellow triangular warning sign appears, and eventually, it gives you a countdown period, after which it will stop the game running. Which can cue a mad dash to get to the next checkpoint (PlayStation Now, at least, is very good at resuming precisely where you left off).

In practice, we found that it only thinks about dropping out – even when you’re playing one of the more graphically intensive games, like Mass Effect 2 – when your broadband gets to around 1Mbps. More basic-looking games, like the wonderful Guacamelee, proved to be commendably tolerant of even the sketchiest broadband speeds but, realistically, it wouldn’t be worth shelling out for PlayStation Now if your broadband is slower than 2Mbps. 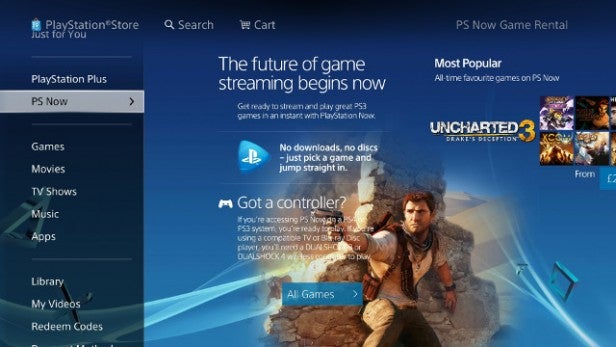 The selection of games on PlayStation Now is pretty impressive, with a mix of great old PS3 blockbusters (such as the first three Uncharted games), cult favourites that you might have missed first time around, like X-Com and Mirror’s Edge, and countless quirky PSN games.

One would expect PlayStation Now to have a portfolio of over 200 games when it launches in the UK (at a still unspecified date, but that should be long before the end of the year).

In the US, the amount of titles available to stream varies on whether you’re looking at a rental or subscription membership. So it’s all a bit complicated. 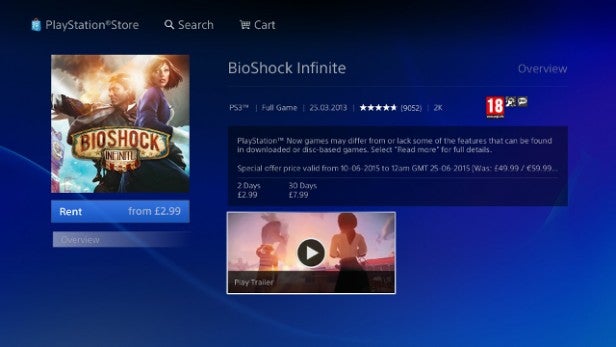 At least when PlayStation Now launched in the US, Sony introduced an element of try-before-you-buy, via a seven-day free trial. But as the service stands, and presuming that it launches in the UK with a subscription framework similar in price to that in the US, it’s difficult to see it attracting a massive following.

Indeed, any games you see on it that you already own on the PS3 will simply breed resentment that you’re now being expected to pay again to play them on the PS4.

On the other hand, the rental element may prove attractive to some looking for something cheap to play when returning, say, from a night in the pub. However, PlayStation Now ought to amount to something much greater than that.