Unlike the HTC One, which has opted for a fancy 4-megapixel UltraPixel snapper to break the specs race mould, the Samsung Galaxy S4 is likely to follow the high-end crowd with a 13-megapixel rear camera, alongside a 2-megapixel forward-facing sensor.

All but confirming these beliefs, the handset’s camera credentials recently did the rounds online with screenshots from the device confirming the Samsung Galaxy S4 camera will be able to capture 13-megapixel snaps when shooting at a 4:3 aspect ratio. For those wanting 16:9 shots, however, the handset’s snapper will max out at 9.6 megapixels.

More than just your average smartphone snapper, it is believed that the Samsung Galaxy S4 camera will benefit from a raft of new software based camera features, including ‘Samsung Orb technology’. 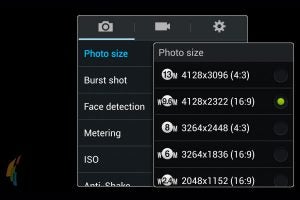 Enabling users to capture 360-degree snaps with minimal fuss, Samsung Orb is set to be the manufacturer’s twist on the Photosphere capabilities introduced to the Google Nexus 4 through Android 4.2.

A feature that has been available through a selection of third-party apps for some time, the mooted Samsung Orb camera mode would allow Samsung Galaxy S4 users to create 360-degree, all-encompassing images, moving the handset’s camera in all directions to ‘paint’ a photograph onto a blank canvas.

What’s more the reports have hinted that the new Samsung Galaxy S4 camera features will enable users to upload a compression of their 360-degree snaps direct to Facebook. At present Photosphere images can only be shared via Google Plus. 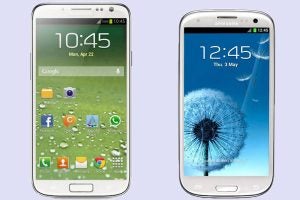 Although the Samsung Galaxy S4 has been confirmed to launch on March 14 in New York, it does not appear that the device will hit retailers until the following month.

That said, further reports have hinted at an April 15 arrival. Having considered the options, we can realistically see the Samsung Galaxy S4 release date seeing the handset hitting US markets on April 15 (hence the New York launch) before being rolled out across the UK one week later.

Although little has been said about the Samsung Galaxy S4 price, given the handset’s expected collection of innards, we cannot see the device coming cheap.

I may have a plastic bod, but we can see the Samsung Galaxy S4 giving the likes of the iPhone 5 a run for its money with the 16GB, 32GB and 64GB storage options set to be made available all expected to hit retailers above the £500 mark on a SIM-free basis. 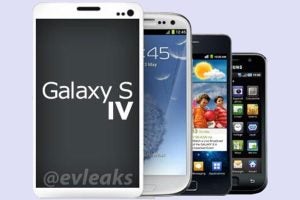 Like the Samsung Galaxy S3 before it, reports out of Samsung’s native Korea have stated that the “Galaxy S4 provides wireless charging capabilities.”

The sources added that the “Samsung wireless charger [and] wireless charging receiving coil case is scheduled to be sold separately.”

Although it has been claimed that the Samsung Galaxy S4 will land with the company’s S-Pen stylus in tow, this is a rumour we can’t see coming to fruition, simply due to the damage it would cause to the Note branded range of products.

Talking about the launch, Samsung’s Head of IT and Mobile Communications JK Shin declared “we are committed to changing the way customers around the world experience mobile technology.” Come the March 14 unveiling we expect Samsung to have a few surprises up its sleeves.

What would you like to see Samsung do with its next-gen smartphone at the eagerly awaited Samsung Galaxy S4 launch event? Let us know and make your prediction of what will be unveiled via the TrustedReviews Twitter and Facebook feeds or through the comment boxes below.