Android Jelly Bean has arrived, and brings with it something we’ve wanted for ages – a tub of grease. It slicks-up the gears of the system, making it work faster than ever before. But what is next?

It’s generally agreed that the next version of Android will be called Key Lime Pie, in Google’s confectionary-based naming tradition, will bear the number 4.2 or 5.0, and will arrive in the first half of 2013. There’s a wait ahead, but here’s what we hope it’ll bring. Have another idea? Drop us a line in the comments.

Proper Google services integration
The limelight-grabbing Google Nexus 7 is a device that wants to get people using Google’s multimedia services. That’s the book store, the movie shop and the music streaming service. There’s just one slight problem – they’ve barely gotten off the ground in the UK yet. 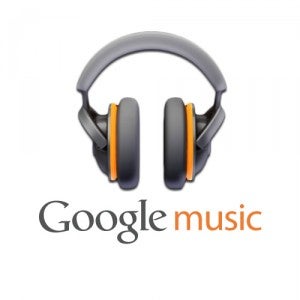 Google Music hasn’t been launched in the UK, you can only rent movies here – in the US you can get TV shows too – and there are no magazines in the book store. This amounts to Google shooting itself in the foot, as people will flock to other providers, and there are plenty of them available through apps from the Play Store.

Our money is on Google trying to win people back with much tighter integration of these portals into Android, rather than just giving each an app. There are a number of ways Google could do this. It could push them to the surface of the UI, or merge them more neatly into the existing media apps.

The movie rentals part of Android is currently shacked-up with the frankly not-all-that-good video player app, but it’s all a bit clumsy. Click on a movie and it zaps you over to the Google Play Store, where films currently feel like a bit of an afterthought. Bring harmony to these disparate services, Google, and we might start to actually use the things…

A proper UI overhaul
Android 4.1 Jelly Bean improved the OS by making it quicker, but it didn’t really do much to the layout of the thing. The basic two-location style of Android has been the same since day one – there are home screens and there is the main apps menu.

The question is – how does Google move on?

Versions of Android over the last 18 months have tried to slowly nudge out any need for people to visit the main apps menu regularly. These days, app shortcuts automatically pop-up on a home screen once they’re installed, rather than waiting for you to make one. It’s almost as if the two sides – home screen and apps menu – are competing, and that seems a little clumsy.

But what’s the next step? 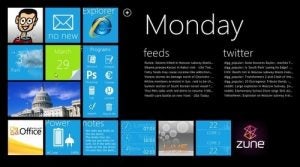 We might look to Windows 8 for clues. The tablet side of Windows 8 is the Metro UI, which sees the style of Windows Phone 7 start to creep closer to what we see in Android. It’s made up of pages of coloured panes, each housing a link to an app widget. The look’s very Windows Phone-like, but it’s a lot more flexible.

It sounds a bit Android, doesn’t it? However, the Metro UI has a much more organised feel to it thanks to a consistent visual style. Android is still forever one step away from chaos.

New approach to multi-tasking
Multi-tasking in smartphones and tablets isn’t generally real multitasking. It’s switching between apps and carrying on where you left off. And in some cases, the app is fully switched-off too in-between, and just the “state” of it is recalled.

But how about real doing-two-things-at-the-same-time multi-tasking? Samsung has wedged it into Android itself with the Samsung Galaxy S3’s Pop-up Play feature. This lets you keep a video playback screen on top of other apps. It feels a little clumsy in-use, but is a fantastic proof of concept. 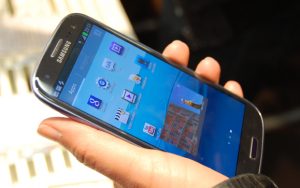 And it can be taken much further too. How about being able to split a tablet screen, so you have an email pane on one side and a web browser on the other? Or a game and a Skype chat window? The possibilities are near-endless.

We’re less bothered about seeing such multi-tasking in a smartphone than a tablet, as the screen size doesn’t really necessitate such a thing. But on a 10in screen? It’s easily large enough to house two panes.

Multimedia codec plug-in support
One element that annoys us about Android is that its native video support is pretty patchy. It seems to have improved since the bad old days, with Ice Cream Sandwich and Jelly Bean devices usually able to play a few things other than basic MP4 and H.264, but anyone with a collection of movies harvest from the web will need to use a third-party media player – and software decoding.

This is generally far less efficient than hardware decoding, leaving processors working harder than they need to – and often unable to play content they should really have the power to handle. One way would be for Android to effectively “force” native support for all the main video types, but this would also make getting the OS to work with a wide array of processors a bigger job.

There is a solution, though. How about support for system-wide audio-visual plug-ins? Developers could fashion a pack that would give tablet or smartphone “X” hardware-level support for additional codecs, letting you use any media player you want rather than just the one that supports the specific kind of file you want to play.

Will it happen? Almost certainly not. But it would be nice, wouldn’t it?

Let us know what you’d like to see in Android 4.2 Key Lime Pie in the comments section below.