OPINION: Computing editor Michael Passingham celebrates the return of the wreck-tastic Robot Wars last night, but argues the show is missing something vital

Much of the reaction to the return of Robot Wars has been around nostalgia, and those Friday evenings between 1998 and 2004, but there’s a lot more to the BBC’s decision to reboot the show than just fond memories.

The world has changed in the 12 years since Typhoon 2 took the crown under the watchful eye of slam poetry amateur Craig Charles, and the BBC has taken steps towards embracing it in this new series. 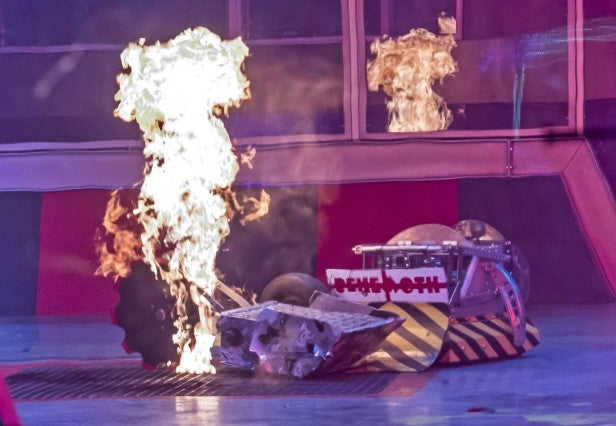 Gone are the leather jackets, with classy and amusing performances from reliable BBC stalwart Dara Ó Briain and Angela Scanlon.

But there’s something missing.

First: the good. There were fantastic moments, with tiny robots flying a dozen feet into the air, utter disbelief as the robots performed kamikaze moves into the Pit and just good ol’ fashioned destruction from the Hypnodisc-inspired Carbide. And of course there was nostalgia; old favourites Razer and Behemoth made returns to the UK series, as did several old faces with entirely new machines.

Related: Best Raspberry Pi projects to do at home

Not only is it a show about machines, it’s a show about camaraderie and good, fair competition. It’s clear the competitors are having a lot of fun and, without delving into spoilers, the top hat-wearing Team Nutz from last night’s episode just looked happy to be there. It’s all charming stuff, and absolutely the sort of thing the engineers of tomorrow should be inspired by. It’s proper ‘fun for all the family’; something kids and parents will appreciate equally. It’s a sort of twisted form of wholesome I haven’t seen on TV for a very long time.

This is the antidote to the Storage Wars generation. There’s no emphasis on feuds between individuals, instead focusing on these slightly odd people who spend a huge amount of time and money on creating machines that get absolutely trashed within about five seconds of entering the arena.

But we’re missing a crucial part of the BBC’s remit. The current generation of school children now have to learn coding as part of the national curriculum, and if those in charge of education are able make it clear that there’s a real link between the remote-controlled mayhem on Sunday night and the BBC Micro:bit kids are programming silly little games with on Monday morning, Robot Wars can be more than just an hour of wanton destruction and can actually fulfil the BBC’s ever-more-important public service objectives of informing and educating, and not just entertaining. 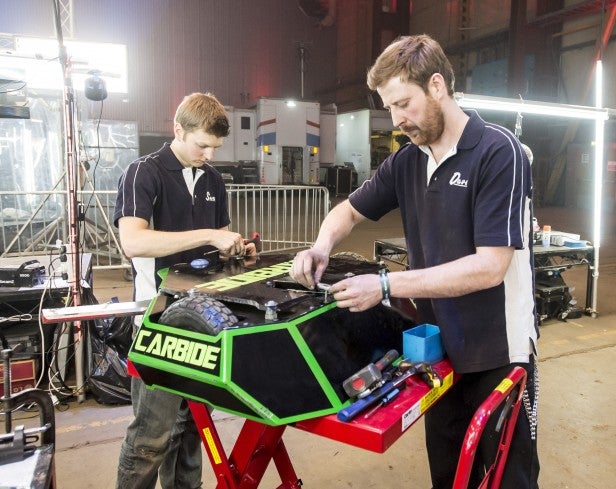 It’s here where Robot Wars could do a much better job; , what components were in use and how the engineers solved the problems caused by damage and the power of their own machines. The show was so fast-paced, there was room for a five-minute segment of proper educational content, and I really don’t think anyone would have begrudged it that.

A three-minute interview with Dr Noel Sharkey about robotics in the real world was a rather obvious example of half-hearted educational box-ticking that you spot every now and then in BBC shows. We learned that there are drones and exo-skeletons that people use to do stuff. Great. Tell me how they work, please.

With such an explosive return to form and a generally positive reaction from punters, the BBC has a huge opportunity to expand the Robot Wars brand to something far greater. Open up the world of robotics to those with less money, time and experience and create a brand that is the physical link to the theoretical world of coding.

I hope the return of the show isn’t just a way to fill the the Sunday night void left by the perpetually disappointing Top Gear.