Raspberry Pi or BBC Micro Bit? We see how the microcomputers match up

After months of setbacks, the BBC has finally started delivering its free microcomputer to one million UK school children. But how does the BBC Micro Bit compare to the Raspberry Pi 3?

Originally planned to begin in October 2015, the BBC’s scheme will see every child in year 7 in the UK get their own BBC Micro Bit to help teach them the basics of computing. The project is evidently inspired by the BBC Micro, which did a similar thing for kids in the 1980s.

But what exactly can be done with the BBC Micro Bit? And more importantly, how does it stack up to the current microcomputer king, the Raspberry Pi 3?

We know that the Micro Bit is an extremely simple, low-grade device aimed at very basic, entry-level use cases. Let’s take a closer look at the differences between these two microcomputers.

To that end, while the Raspberry Pi 3 resembles a rudimentary PC – a board with multiple recognisable connections – the BBC Micro Bit is essentially a 5 x 4cm circuit board with five basic I/O rings for hooking up other devices and even power.

Related: What is Raspberry Pi Zero? 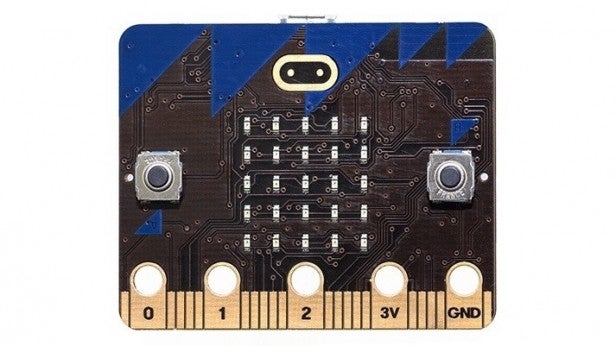 It also has many of its functions attached directly, such as 25 red LEDs that can be programmed to light up, and two programmable control buttons.

It’s operating at a much more basic level than the Raspberry Pi 3, and is designed to interact with other devices rather than acting as a stand-alone system.

We don’t know about the BBC Micro Bit’s specs, but we do know that it runs on an ARM Cortex MO CPU chip, which is the smallest ARM processor available. It’s designed to be extremely small and energy efficient, as well as easy to program for. 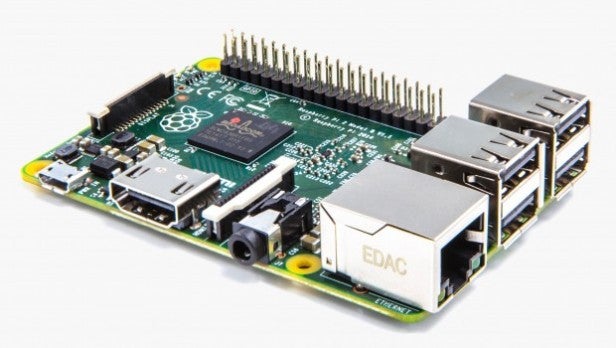 “With just 56 instructions, it is possible to master quickly the entire Cortex-M0 instruction and its C friendly architecture, making development simple and fast,” says ARM.

More importantly, in terms of this piece, the Micro Bit’s chip is significantly less powerful than the Raspberry Pi 3’s ARM Cortex-A53 CPU, which is the kind of chip you’d expect to find in entry-level to mid-range smartphones.

There’s a large difference in connectivity here, as we’ve already touched upon. Once again, the Raspberry Pi 3, despite being very basic, actually has the recognisable connections of a modern computer.

It has an HDMI slot, four USB 2.0 slots, an ethernet port, and a 3.5mm audio jack. It also has Wi-Fi and Bluetooth, something which its predecessor, the Raspberry Pi 2, missed out on. That makes it great for using as a media centre.

The BBC Micro Bit has a basic set of five I/O rings, meaning you’ll need crocodile clips to physically hook it up to other devices (such as sensors or robots).

However, it does feature Bluetooth, so you’ll be able to hook up to phones and other devices wirelessly.

There’s also an accelerometer and a compass, so the BBC Micro Bit can be used for the kind of directional applications or motion-based games you might find on a smartphone (albeit a lot more basic).

Interestingly, one whole side of the BBC Micro Bit is a standard edge connector, which means it can be physically plugged into other devices like the Raspberry Pi 3 itself. The Raspberry Pi will then power it, otherwise two AAA batteries will do the trick.

Raspberry Pi 3 is a full applications processor-based device that runs Linux and Windows 10, while the BBC Micro is an embedded software platform that doesn’t run a full operating system. The Pi even features a web-based UI for editing in JavaScript, Python, C++ and Blocks. 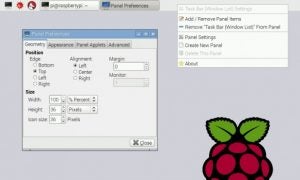 The difference is night and day, and really drives home how entry-level the BBC Micro Bit is. It’s meant to teach kids the very building blocks of computing, while Raspberry Pi 3’s software showcases a more recognisably modern OS.

The Raspberry Pi 3 comes at a stupendously low price of £30, but that’s still much more expensive than free, which is what the BBC Micro Bit is for year 7 kids.

Of course, most people aren’t year 7 kids, and the BBC has confirmed that it will make the Micro Bit available to purchase. Originally the Micro Bit was going to be made available to buy by ‘the end of 2015’. Of course, with the delays in getting the product into schools, it remains unclear when the device will be available to buy. There’s also no news on a price as yet, but we’d be very surprised if it cost anywhere near as much as the Raspberry Pi 3.

As you can see, there really is no comparison between these two devices. If the Raspberry Pi 3 is a ‘my first proper computer,’ then the BBC Micro Bit teaches the raw building blocks of coding at the heart of it. It’s even more fundamental.

The Raspberry Pi 3 is a much more advanced and practically useful device, but if you or your kid is starting at the very beginning of your programming journey, the BBC Micro Bit looks hard to beat.