We’ve been using the two circuit board computers side-by-side to see if it’s worth upgrading. Without wanting to spoil the surprise, claims that the Raspberry Pi 3 is 50 per cent faster than the Pi 2 B are on-the-money, more-or-less.

Related: 10 fun Raspberry Pi projects you can do yourself

If you’re a bit of a Raspberry Pi obsessive, it’s an easy-to-recommend upgrade.

Video: Watch our quick comparison of the Pi 3 vs the Pi 2 B

The Raspberry Pi 3 looks and feel exactly like the Raspberry Pi 2 B. It’s a green PCB with a bunch of connectors, and no case. If you want one of those, you’ll have to buy or make one yourself.

That’s all part of the charm of course. Whatever you do with a Pi, it feels very much your own.

It’s tempting to say Raspberry Pi is all substance, no style, but it (more-or-less) single-handedly made circuit board PCs a thing normal people recognise. It may not have a $1bn design team behind it, but it’s iconic.

One commendable thing is that it looks like the Raspberry Pi 3 will fit cases made for the Raspberry Pi 2 B. We’ve been using the old version on-and-off for a year and have always used it as a naked board, often lifted off the ground by the sheer number of cables plugged into the poor thing. But the measurements and connector placements are near-identical.

Related: A guide to PC sticks 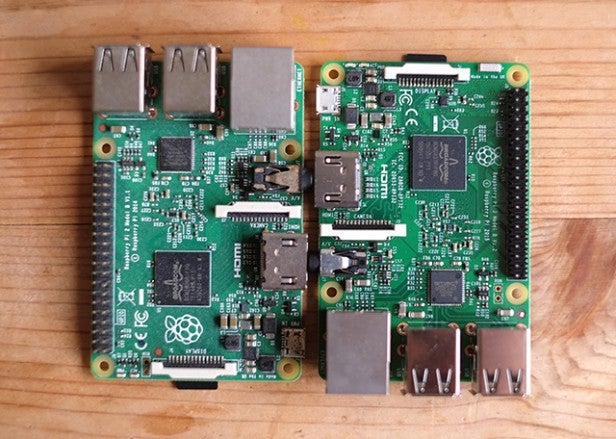 Those ports are the same as ever. You get four USB 2.0 ports (3.0 is above its pay grade), a Ethernet connector, full-size HDMI port and a microSD slot. This isn’t an ‘extra’ with a Pi. Whatever memory card you use acts as the hard drive here. We’re on a shoestring, remember?

Given their size, it’s impressive that these circuit board computers have the same connections as a large laptop of a few years ago.

However, on the wireless side the Raspberry Pi 3 embarrasses the Pi 2. It has Wi-Fi and Bluetooth, where you’d need to use USB adapters to add that to a Pi 2.

This is a massive benefit if you want to use the Pi as a mini media centre. It has everything you need. Of course, for many people something like the Amazon Fire TV Stick has already offered an all-too-tempting alternative.

For those with aspirations greater than basic projects, both Raspberry Pis have a GPIO pin set and a camera interface. 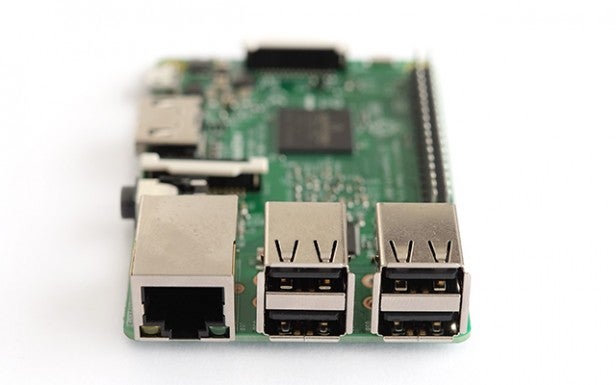 In typical Raspberry Pi Foundation style, the Raspberry Pi 3 doesn’t aim for hardware upgrades that’ll just look good on a spec sheet and mean little in terms of real performance. Quite the opposite.

The Raspberry Pi 2 has a quad-core 900MHz CPU, the Pi 3 a quad-core 1.2GHz one. Both have 1GB RAM and both use a fourth-generation VideoCore CPU.

From a glance you could dismiss this as a connectivity upgrade, but the performance boost is big. Very big.

First, while the CPU only gains 300MHz, it also updates its architecture from a Cortex-A7 set to a Cortex-A53 one. This is an architecture boost from 32-bit to 64-bit, and gets you better performance for your clock speed.

Next up, the GPU. Both are VideoCore IV chipsets, but where the Pi 2 is clocked at 250MHz, this new one is 400MHz.

While they’re both designed to deliver 1080p video rather than 4K, this means the graphics chip has been scaled up with the CPU. The Raspberry Pi Foundation knows what it’s doing.

Perhaps the least well-documented upgrade is the RAM. Both models have 1GB, both are forms of DDR2. But where the Raspberry Pi 2 has 450MHz, RAM, the Pi 3 has 900MHz RAM. 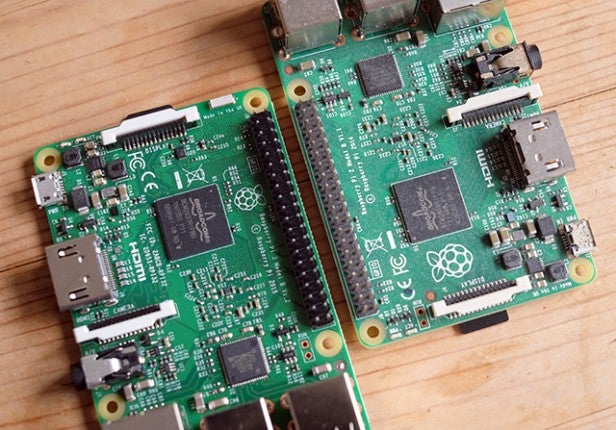 I had some concerns about the shift of hardware causing some compatibility issues, which I did bump into when upgrading to the Raspberry Pi 2 from one of the earlier models, way back when.

However, the switch to the Raspberry Pi 3 has been eerily smooth. All of the apps I’ve used so far have worked perfectly fine, using builds installed through Raspbian rather than the SD card images that let some of the lead apps boot straight into the interface rather than heading through some version of Linux.

Phone fans out there might have noticed that the move from Raspberry Pi 2 B to 3 B is somewhat comparable to the Moto G 2nd Gen and 3rd Gen. That phone switched from a Cortex-A7 architecture to an A53 one and saw only very modest gains in synthetic benchmarks.

The Raspberry Pi 3 does much better.

We use Geekbench 3 pretty often when testing ARM-powered devices, but there’s only actually one version of Geekbench that supports ARM CPUs and Linux systems. We had to scour the internet for an 2.4.2 old version that would work with these computers.

While this is an outdated Geekbench version, we saw a very significant improvement, jumping from 1302 points for the Pi 2 to 2086 for the Pi 3. Here’s the full scores read-out, showing clear jumps in CPU and RAM areas.

Sticking to familiar benchmarks we also tried Sunspider 1.0.2 . While, like Geekbench 2.4.2, it’s no longer supported, it’s a benchmarks we’ve used many, may times over the years. It’s a Javascript benchmark, if you’ve not come across it before. It makes a computer perform a whole bunch of tasks and calculates how long it takes to complete. Lower scores are better, then: 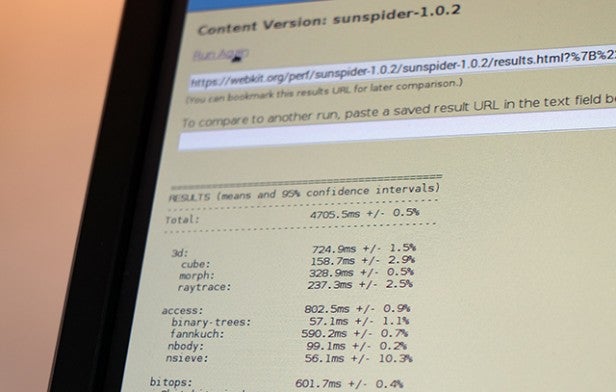 It’s a massive speed-up for the Raspberry Pi 3, although both scores are pretty poor compared with some other devices using similar-sounding hardware. This is in part because it also depends on the browser used. Both Pis were using the Epiphany browser built into Raspbian.

Realising these tests are both a bit dated, if still a useful comparison in this case, we tried Google Octane 2.0. A more modern take on what Sunspider was/is about, it tests Javascript performance and even includes a Gameboy emulator module. 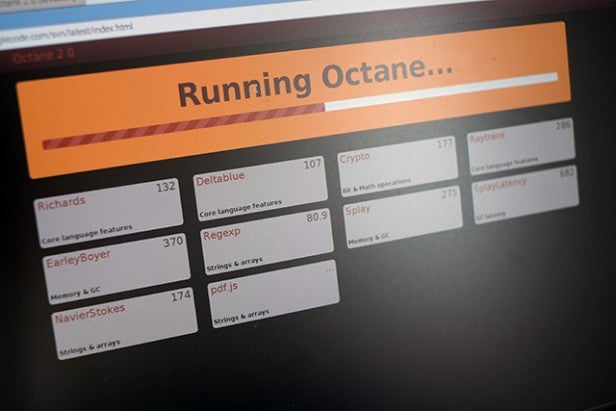 To start off we tried using the Raspberry Pi 3 as a work PC. Raspbian comes with a word processor, other Office-style apps and a browser preinstalled, making it a potential bargain travel PC.

Like the Raspberry Pi 2, though, it’s still not at the performance level we’d be happy to use all day, every day. While Raspbian is a full-on multi-tasking OS like Windows — it’s the real deal — plenty of performance issues crop up whenever the Pi 3 starts juggling even light tasks.

Would we be happy using it to write emails and documents, and browse a bit, while on holiday or on a work trip? Absolutely. It feels far less compromised than the Raspberry Pi 2. You’ll still need a keyboard and mouse, of course, although you’ll be able to use Bluetooth wireless ones with the Pi 3 without any accessories. We stuck to USB ones, though. 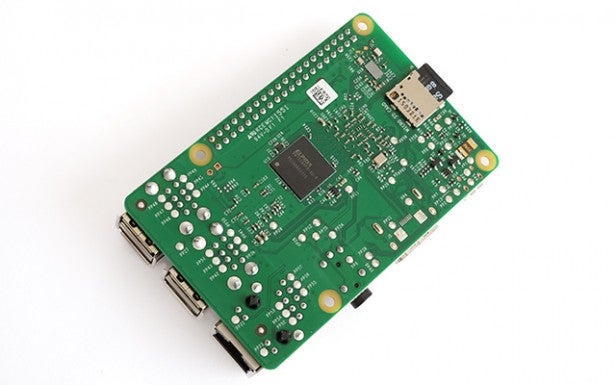 The best way we have found to see what the Raspberry Pi series is capable of is with games emulation. Not only is a mini retro console one of the best easy projects for one of these circuit board computers, none of them has enough power to guarantee perfect performance with systems like the N64, in part thanks to the limited optimisation of scene dev emulation projects.

Want to get involved? The RetroPie project is the best way to get a whole swathe of classic emulators on your Pi. 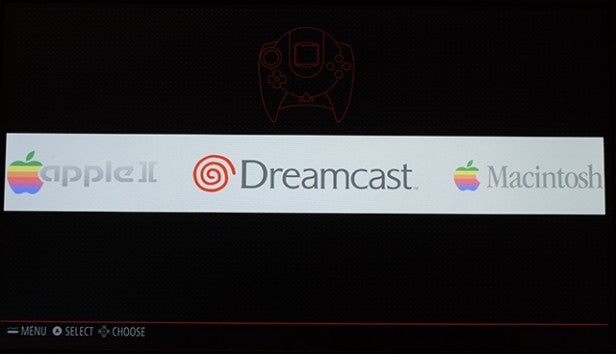 But let’s start with something other than the N64.

If you’re in your late 20s or older, you may have come across Prop Cycle, a 3D arcade game that made you play on a real-life bike. You pedal and on-screen a character on a flying bike tears around like a mix of ET and Pilotwings.

Turning off frame skipping and using default rendering settings, the Pi 3 runs at 20-22 per cent speed. The Pi 2 manages just 12-13 per cent in the same area (for fans, it’s the first stretch of the Novice stage).

That may sound like depressing performance, but it is roughly playable on Pi 3, and this is one of MAME’s lesser-optimised titles.

Nintendo 64 performance is more of a mixed bag, as it has always been. The Raspberry Pi 2 can handle a few games near-perfectly, like Super Mario 64. But a lot of classics are a bit too sketchy to really enjoy. 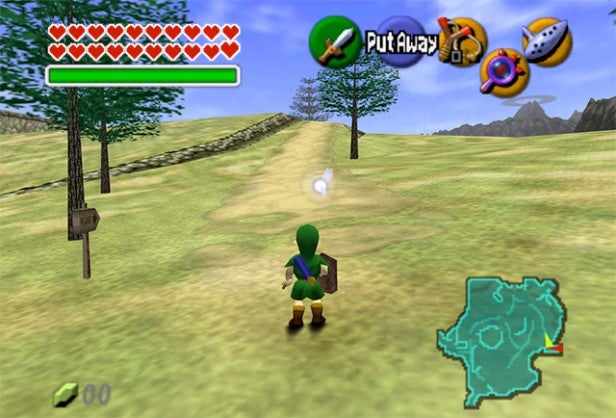 One important game whose performance has really improved is Zelda: Ocarina of Time. There’s only slight slow-down in the Pi 3, making it fast enough to enjoy if you can stomach occasional frame dips.

It’s Turok 2, one of the most demanding N64 games, that shows there’s room for an even more powerful Raspberry Pi in the future. A mess on the Raspberry Pi 2, the Pi 3 is improved but still too slow to be considered playable.

The Raspberry Pi 3 is just what it should be. It has smart features missing from its predecessor like Wi-Fi and Bluetooth, which had to be added separately before, and a sensible amount of extra power that doesn’t skew the price.

Already a Raspberry Pi 2 B owner? It’s worth upgrading if you haven’t already spend the extra on wireless adapters and your old Pi hasn’t gathered too much dust since you bought it.

However, if you’re just looking for something to noodle about with using the Raspberry Pi Foundation‘s excellent tutorials, either of these boards will do the trick. For the Pi’s initial intended purpose, the extra power isn’t all that necessary.