Following years of reluctance and repeated denials, Nintendo is finally making meaningful moves into the smartphone arena, inking an agreement with Japanese mobile giant DeNA that will fling open the floodgates for iOS and Android titles showcasing the likes of Mario, Link and Donkey Kong. The first fruits of this union are expected later this year, but Nintendo has wasted no time in dipping its toe into the waters of free-to-play gaming – or “free to start”, as Nintendo’s president Satoru Iwata insists on calling it.

So far in 2015 we’ve had two free-to-play titles – Pokémon Shuffle and Pokémon Rumble World – arrive on the 3DS eShop. However, these are far from being the first steps the company has taken into this realm of game design.

See also: 5 things Nintendo needs to do for mobile success 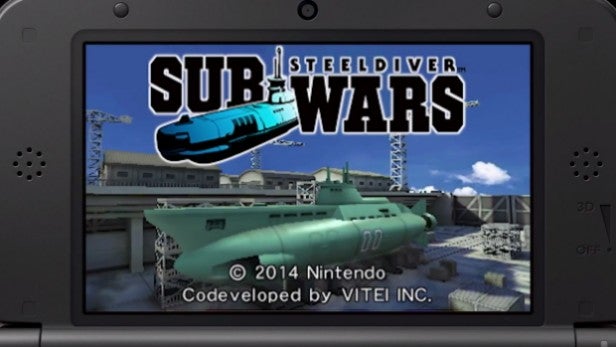 Last year’s Steel Diver: Sub Wars was the company’s first foray into free-to-play, and took a refreshingly open approach to the concept. It was perfectly possible to play and enjoy the game for many hours, and the premium content – additional submarines and the like – was there when players felt they were invested enough in the entire experience.

2014’s other experiment was the US-only Rusty’s Real Deal Baseball, which took the unique approach of allowing players to haggle to reduce the real-world price they paid for each of the title’s sports-themed mini-games – something that turned the process of handing over your cash into a game in itself. It would appear that neither of these games generated the desired results, despite their agreeable stance on microtransactions. The two aforementioned Pokémon titles are very different, and show that Nintendo isn’t against embracing the very worst aspects of free-to-play. 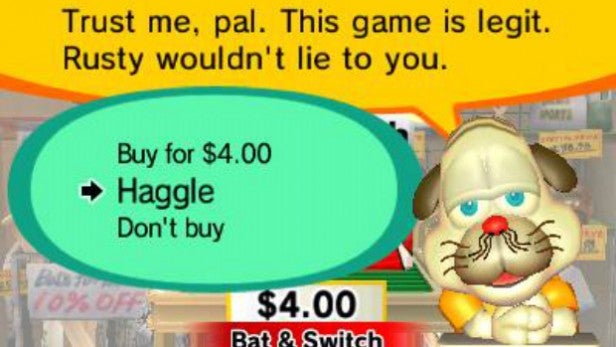 Pokémon Shuffle is perhaps the worst offender of the pair, thanks to the fact that every time you play – win or lose – you use up one of your five hearts. These regenerate over time, but the end result is that you can only play for short bursts – unless of course you’re willing to stump up some money for in-game currency that can be exchanged for hearts, temporarily removing the need to wait.

Although it’s possible to enjoy the game in short bite-sized chunks and not spend a penny, Shuffle is clearly designed to extract cash from the player, and is packed with pop-up messages encouraging you to reach for your wallet at every available opportunity. It feels explorative, especially when you consider that the target audience is young kids who will no doubt pester their parents for cash to avoid the cool-down period. 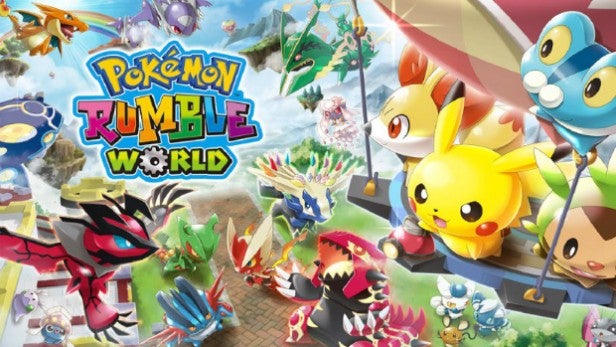 The more recent Pokémon Rumble World is marginally less objectionable, as the game is designed so that the need to spend real-world money a less pressing concern. Even so, Nintendo has been a little bolder with its experimentation this time around, limiting players to holding a total of 30 Pokemon unless they use the in-game currency of Poké Diamonds to buy a larger house for them. Elsewhere, certain zones in the game can only be accessed by using a special hot-air balloon, and – you’ve guessed it – this costs a large amount of Poké Diamonds. Again, Nintendo argues that it’s possible to make your way through the adventure without spending any money, but it constantly feels like you’re not getting the full experience unless you do.

That Nintendo is using 3DS eShop titles to explore its free-to-play techniques before it begins its assault on smartphones is perhaps not all that surprising. What is striking is how much of an about-face this represents. Nintendo as a company has traditionally been very resistive to any in-game mechanic that revolves around the spending of real-world cash to change or alter the experience. 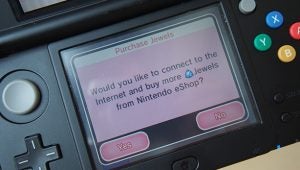 Back in 2012, Satoru Iwata even went as far as to brand this kind of system as “unwholesome” when asked during a Q&A session about the possibility of microtransactions being added to Animal Crossing: New Leaf. The company appears to have performed a spectacular u-turn in this regard – a move that is possibly linked to its somewhat lacklustre financial status and demands from shareholders and industry experts that it should embrace the apparent gold-rush that is mobile gaming.

But it’s vital to keep in mind that these are experiments in every sense of the word. Nintendo is using its existing 3DS userbase as guinea pigs to see just how far it can push the concept of “free to start” gaming. The fact that the two most recent experiments are Pokémon titles is no mistake, either. The brand attracts a massive global audience and will therefore provide plenty of data on how much people are prepared to spend in order to prolong their gaming experience.

When the first true Nintendo smartphone title launches later this year, Nintendo will be putting this data to good use. The hope is that the company can find the perfect balance between making a game accessible and making it profitable. It succeeded with Steel Diver. And almost with Pokémon Rumble World. Let’s hope we’re not going to see more of the Pokemon Shuffle style for Nintendo’s mobile games.