It looked glorious, it was everything I’d hoped for, I gushed praise and immediately allocated funds to buy one when it arrives in October.

On Tuesday, Google essentially said “not so fast, fella” and encouraged me to stow my wallet. This, I did not expect.

The new Chromecast TV dongle promises a much different, yet equally-appealing, approach. When you think about it, the new $35 media streamer is pretty much the antithesis of the new Apple TV.

First of all, it is still designed to be largely invisible. The design may have changed from dongle to puck, but will still sit discreetly at the rear of your television set. Unlike the new Apple TV, it’s not another gadget you’ll need to make space for alongside your cable box, games console and Blu-ray player in your home entertainment centre.

Related: Chromecast 2015: 5 things to get excited about 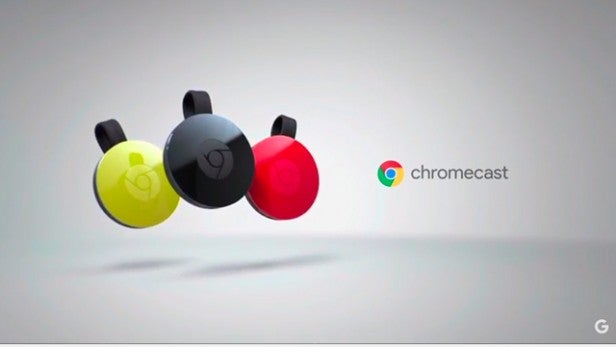 Yeah, but what what about all that new functionality Apple is offering, I hear you ask? Well Google actually has most of it covered off: Voice search integration, universal app searching and top-notch mobile gaming.

Thanks to the revamped Chromecast app, there’s no need for a fancy new remote beyond your smartphone or tablet, no need to play around with another interface and no need to download the same media apps yet again.

Partners are limited right now, with the likes of Netflix, Google Play, Hulu, HBO Now and many of the usual suspects, but Google is already prepping to add Showtime, Sling TV, NBA, NHL and MLB TV to the mix, with other big names sure to follow.

Meanwhile, Apple is planning to be very picky over which third-party partners are invited to the Universal Voice Search party.

Google has even countered Apple’s inclusion of the App Store by adding gaming compatibility to Chromecast. Again, the accelerometer-equipped smartphone already in the user’s hand will act as a motion-sensing controller.

It’s another way Mountain View has managed to even the score with Cupertino’s offering at less than a quarter of the cost. Best of all, it won’t even nag you to buy stuff through high-end shopping apps no-one asked for. 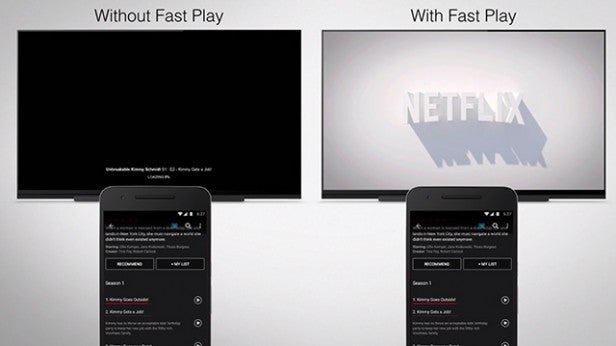 I’m also impressed by the way Chromecast has become also smarter on the backend. The primitive Wi-Fi functionality of the first generation has evolved into a multi-band solution that adapt to the internet conditions throughout the home.

The new shape of the device is also primed to enable faster, more reliable connectivity with the casting device.

Meanwhile, Fast Play will start to pre-load content as soon as you open the Chromecast app. That means less buffering and shorter delay before your favourite show begins playing on the television, making it more akin to the simplicity of changing TV channels.

Related: How does Chromecast Audio work? 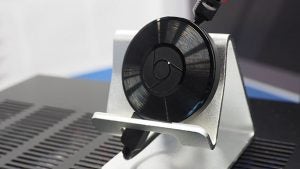 Most of all, I’m impressed with the way the new Chromecast and companion app enables customers to completely upgrade their TV viewing experience with a simple piece of tech pretty much everyone can afford.

‘Keep me at the cutting edge without having to expensively upgrade any of
my existing gear’ is definitely an ethos I can jump on board with.

That type of thinking is to be applauded, especially when Apple wants a minimum of $149 to essentially do the same job

It’s not just the new Apple TV that Google is targeting either. The new Chromecast Audio dongle – also $35/£30 a pop – will enable users to create a fully-functioning multi-room audio set up without buying expensive new speakers.

It’s essentially a Spotify-compatible Sonos rival, available for the tenth of the price, which works perfectly well with your 10 year old speakers. With everything streamed from the cloud rather than via Bluetooth, it won’t even do too much damage on your smartphone’s battery life.

Essentially, it’s a tech life-hack you’d expect to see on a DIY site like Indestructibles and it’s exactly that kind of solution that buys plenty of good faith among tech users.

All in all, its really made me wonder whether the newest Apple TV box is really that great after all. Considering how all-in I was on Apple’s solution just a couple of weeks ago, I tip my hat to Google.

Do you agree with Chris? Let us know in the comments section below