On this day in 1990, Apple released the Macintosh Classic, its first sub-$1000 personal computer. Jon Stapley takes a trip back twenty five years.

The kids who learn to pinch and zoom on an iPad before they learn to talk may find it difficult to envision a world of tech not dominated by Apple. Of course, anyone a bit longer in the tooth knows that times have not always been so rosy for the company, and indeed there have been times where not all that much stood between Apple and financial oblivion.

The Macintosh Classic was released on October 15th 1990, and is arguably one of the products that can be said to have turned Apple’s fortunes around.

Though these days you can pick one up on eBay for less than £100, at the time it would have cost you about $1,000. It was not notable for reinventing the wheel technologically – indeed if anything it did something like the opposite. Following several years of more and more expensive and powerful Macintosh computers (as we shall see), the Classic was one of a few models that represented something streamlined and – crucially – affordable. Christoph Dernbach of mac-history.net stresses that this represented a turning point for Apple.

‘I think you have to see the Apple Macintosh Classic in context with the LC and the IIsi,’ he says, referencing two other products released at around the same time. ‘These three Macs were designed to shore up Apple’s low end. They were something like the first Macs for the masses. The Classic was comparable to the Mac SE – just without the expansion slots.’

So how did Apple get to the point where getting a hit necessitated reducing the complexity of its products? To find out we need to take a trip back a few years further.

The man credited with starting the Macintosh project is Jef Raskin (he can certainly take credit for the name). First joining Apple in 1978, not long after it was founded, Raskin was convinced that there could be a great future for personal computers if they could sort their human interface problems out. He envisioned a computer built on simplicity that could be bought at relatively low cost – the metaphor he used was a Swiss army knife.

His vision was to change considerably once it drew the attention of one Steve Jobs, but you can see the Raskin line of simplicity running through many Apple Macintosh computers of the early 1980s, even after Raskin left the company following disagreements with Steve Jobs (incidentally, do any reading into Apple history and you will see the words “disagreements” and “Steve Jobs” in close proximity before too long).

However, when Jobs left Apple in 1985, following disagreements with then-CEO John Sculley (we told you), the reins of product development were handed to Jean-Louis Gassée. Formerly manager of Apple France, Gassée was a solid choice to begin making up the charisma deficit created by Jobs’ departure – dressed all in black and leather, dripping with Gallic insouciance, he was blessed with an extravagant excess of personality, even gracing the pages of Vogue.

Related: Is the iPad Pro a MacBook or iPad alternative? 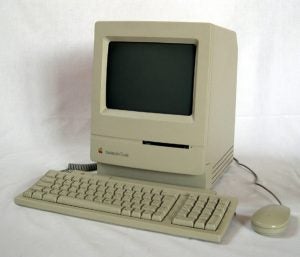 In technological terms however, Gassée differed from Jobs in a number of key areas. Whereas Jobs felt strongly that third-party developers should be kept out of Macintosh products, Gassée wanted to encourage them. He wanted Macintosh computers to be bigger, to be better, to have expansion slots for software development, and to display things in beautiful colour.

Consequently, under Gassée’s tenure Macintosh computers consistently got bigger, more powerful and more expensive. When journalists questioned his drive towards technological excess, Gassée was icy, if not outright hostile – “We don’t want to castrate our computers to make them inexpensive,” was his blunt response to one question about the SE/30, on which one could spend $6,569 if so inclined.

Though Gassée enjoyed his share of successes, the $7,300 Macintosh Portable proved an almighty flop on its release in 1989, and Apple’s share prices for the year’s end made for grim reading.

Gassée resigned in early 1990, and a team that included future Apple CEO Michael Spindler was given his responsibilities, with instructions to please, please make something people could afford. One of the machines that resulted was essentially a repackage of the Macintosh SE, only in a body with a price tag of $1,000 (which, following the Gassée era, must have felt positively philanthropic). This was the Macintosh Classic.

The standard model of the Macintosh Classic had 1MB of memory and no hard disk (if so inclined you could shell out $500 extra for one with a 1MB memory expansion card and 40MB hard disk). Its 68000 processor boasted a processing speed of 8Mhz, and it also came with a 3.5-inch floppy disk drive. It used Apple’s System 6 OS.

The critical reception of the Macintosh Classic was cautiously enthusiastic. As Christoph Dernbach points out, some reviewers criticised ‘the low processor performance and the lack of the slot’, however the simplicity and the friendly price point were repeatedly praised. It was described by MacWeek as a ‘fine, inexpensive replacement for the Macintosh Plus that best embodies the original Macintosh vision six and a half years later’. 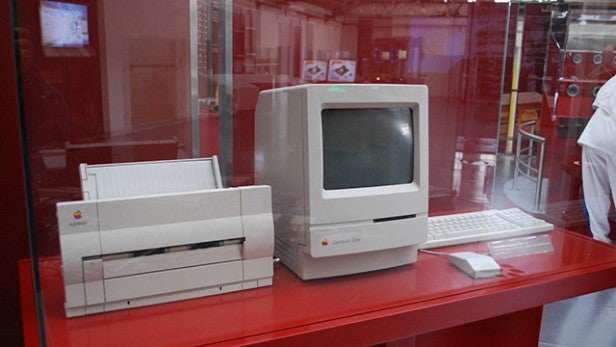 Commercially, it was a roaring success. The $1,000 price point of the Classic – which, incidentally, was the original price envisioned by Jef Raskin for his ‘Swiss army knife’ computer – propelled it towards a new userbase, so much so that Apple initially had trouble meeting demand, and had to scramble to find more manufacturing space.

The low price also put the Classic within the reach of the education sector, and many teachers and software developers were queuing up to sing its praises, relieved to have found something that was as capable as MS-DOS but more user-friendly.

You may not be all that surprised to learn that it wasn’t long before the Classic was usurped by a successor, the Apple Macintosh Classic II. It was discontinued on September 14 1992, missing out on having a second birthday party by just a month.

Anyone versed in Apple history of course knows that the success brought about by the Classic and its stablemates didn’t last, and by the end of the 1990s the firm would be in the dire straits that heralded Steve Jobs’ return.

However the ethos that the Classic exemplified, the Raskin Macintosh vision of simplicity, is still in place in Apple products today. Though there were bumps in the road to come, the Classic started Apple in the direction that would take it on its 25-year journey to global dominance.

If you’re interested in the early days of Apple then we’d highly recommend checking out Insanely Great: The Life and Times of Macintosh, the Computer that Changed Everything by Steven Levy, a book to which we are indebted for this piece.

There are also a lot of great in-depth historical articles at lowendmac.com, and comprehensive historical Apple product specifications at everymac.com. Thanks as well to Christoph Dernbach of  mac-history.net for his contributions.