Do you go LG G4 or iPhone 6 Plus? We’ve lived with both and here’s out verdict on which of the big phones you should go for

The LG G3 was TrustedReview’s Phone of the Year 2014, but the LG G4 represents a step forward in a number of areas. But can it match up to Apple’s large-screen heavyweight, the iPhone 6 Plus?

We’ve compared the LG G4 to the iPhone 6 already, but the iPhone 6 Plus is arguably more of a direct comparison thanks to its similar proportions.

So, which is the better large-screen flagship phone?

Watch our iPhone 6 Plus

LG G4 vs iPhone 6 Plus: Design

The iPhone 6 Plus marked a massive change for Apple. It could scarcely be more different to the iPhone 5S that went before it.

It’s much, much bigger for one thing, thanks to its significantly larger display (more on which in a moment). However, it also has a thinner, more curvy aluminium unibody construction.

The iPhone 6 Plus isn’t the prettiest iPhone by any stretch of the imagination, with a couple of rough elements like the prominent camera lens and plastic antennae. 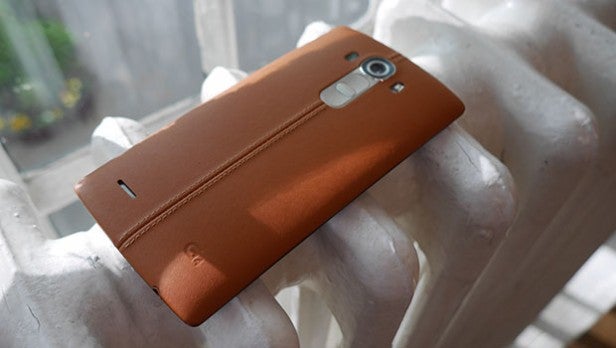 However, it is much better looking than the LG G4. The Korean company hasn’t made sufficient steps forward from the LG G3 design, which was hardly a looker itself.

It’s still all plastic, which means that it feels cheaper than the iPhone. Meanwhile LG’s decision to give the LG G4 a slight curve is a strange one.

It still has its unusual rear placement, which remains a little divisive as to its usefulness. One touch we do like is the option of different rear covers, with options including leather and wood.

While the iPhone 6 Plus is the better looking phone, we should also note that it’s significantly heavier than the LG G4 – something that may come into consideration when carting it around in a pocket.

LG G4 vs iPhone 6 Plus: Screen

These phones are both 5.5-inches in size, placing them firmly in that hideously named phablet category. They’re also both IPS panels, making for great viewing angles all round.

However, the LG G4 would appear to have a notable advantage in terms of resolution. While the iPhone 6 Plus display is 1080p – itself a big bump over previous iPhone resolutions, despite the increase in screen size – the LG G4 display has a massive 1440p or QHD resolution.

Is such a resolution necessary, even on a display of this size? Arguably not, though the difference is clear when you view appropriate material on it such as 4K video.

Another feature of the LG G4 is something LG is calling Quantum Display technology. What this amounts to is a boosted colour gamut, leading to higher contrast and a brighter picture than most regular LCD displays.

However, this boost has arguably come at the expense of colour accuracy, with colours that are a little too vibrant for their own good. The iPhone 6 Plus display, by contrast, excels by being one of the most accurate pictures on the market.

Apple proves that it’s not the number of pixels, but what you do with them that counts. 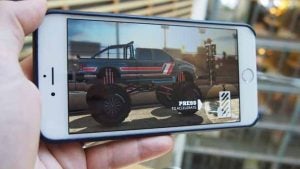 LG G4 vs iPhone 6 Plus: Performance

LG’s choice of processor caused a bit of a stir when it launched. While its late 2014 flagship overhaul, the LG G Flex 2, came packing a Snapdragon 810 CPU, the LG G4 rocked up with an inferior Snapdragon 808 chip.

While LG claimed that the 808 was better optimised for 2K displays, it was obvious to everyone else that Qualcomm’s performance issues with its top end chip had led to the decision to step down.

It’s still a capable chip, with a hexa-core set-up ensuring it’s energy efficient too. In fact, it proved to be slightly quicker than the iPhone 6 Plus’s A8 CPU in our tests.

In use, though, it’s tough to knock the A8. While it’s “only” dual-core, that suits the majority of smartphone apps and tasks to a tee, where one or two fast cores is generally the optimal way to go.

While the LG G4 has three times the RAM, too, it’s well established that iOS is a lot less memory hungry than Android. Again, in day to day use, the iPhone 6 Plus arguably feels like the faster phone.

LG G4 vs iPhone 6 Plus: Storage

LG please a vocal portion of the Android-loving crowd by sticking with microSD expansion while all around – even Samsung – appeared to be switching to the Apple approach.

Apple’s approach is to go with a fixed amount of internal storage. We actually find that preferable on speed and intuitiveness grounds, but only when you have a decent amount of that internal storage. That 16GB iPhone 6 Plus model is completely insufficient. 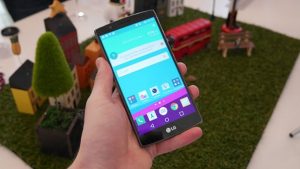 We wish the LG G4 offered more options than just the sole 32GB iteration, but that microSD slot allows you to boost it by up to 128GB.

LG G4 vs iPhone 6 Plus: Software

If we were talking about iOS 8.3 versus Android 5.1 here, we’d have a major scrap on our hands, and we’d struggle to name a definitive winner.

Unfortunately for the LG G4, we’re not talking about that. That’s because the phone continues a tiresome trend of Android manufacturers layering on sub-standard custom interfaces.

LG’s Optimus UX feels a little naff, a little cheap, and it even lags a bit despite Android 5.1’s speedy underpinnings and that zippy new CPU.

It’s a stark contrast to iOS 8.3 on the iPhone 6 Plus, which is a speedy, efficient delight to use. Yes, it’s a little conservative, and it remains very locked down in terms of customisation potential.

But it works, and it works well. It does the basics without fuss or stutter, and that’s what we looks for first and foremost in our mobile operating systems.

LG G4 vs iPhone 6 Plus: Camera

When the iPhone 6 Plus launched at the end of 2014, it had the best smartphone camera around. The previous holder of that title was the iPhone 5S before it.

But with the arrival of the Samsung Galaxy S6 and now the LG G4, there are two phones that rival it. Indeed, the LG G4 may well be the best of the lot in a couple of key ways.

It’s got a wide open f/1.8 aperture and a large 1/2.6-inch image sensor for crisp shots even in relatively low light. It also has optical image stabilisation, and a colour spectrum sensor for better colour accuracy. 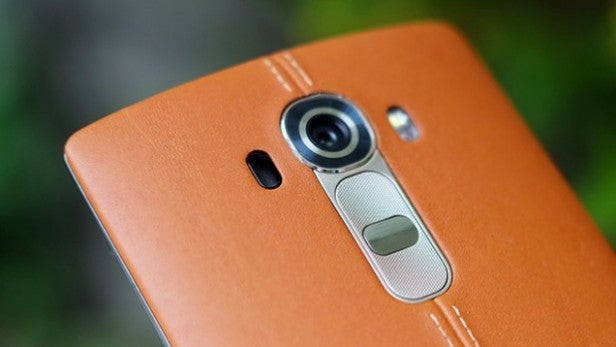 Add in arguably the best set of manual controls available in a smartphone, and you have a formidable package.

Of course, the iPhone 6 Plus is still a top contender. Sure, it’s ‘only’ an 8-megapixel example, but importantly it takes great shots in almost any situation. Apple’s image processing algorithms and image signal processor, as well as it’s stellar optics see to that.

For a pure point-and-shoot experience we’d still give the nod to the iPhone 6 Plus (it also has optical image stabilisation, unlike the iPhone 6), but if you want to go into more depth with your mobile photography, the LG G4 offers greater creative potential.

What matters more is how long each lasts after a solid day of usage, and in that respect the iPhone 6 Plus wins out by some margin. 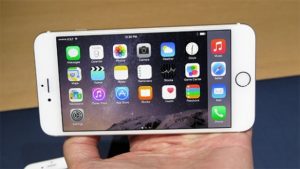 You can make the super-sized iPhone last two full days with moderate usage, whereas the LG G4 will run out of juice before a day and a half has gone by. In practical terms, that means you’ll want to charge it every night.

One thing in the LG G4’s favour, however, is the ability to remove and replace the battery. If you carry a spare, then, you’ll be able to last beyond the iPhone 6 Plus’s two days.

But really, who bothers to carry a spare battery with them? Only a few hardcore travellers in our experience.

LG has gone to great lengths to improve upon the classy LG G3, but somehow we come away a little disappointed with the LG G4.

Don’t get us wrong, it’s a great phone. It’s power, its display is even more vibrant than before, and its camera is simply stellar.

But with the Samsung Galaxy S6 and iPhone 6 Plus around, we were hoping for a bigger design statement. The LG G4 just doesn’t look or feel like it’s in the same class.

Of course, the iPhone 6 Plus isn’t the best-looking iPhone itself. It’s extremely chunky, and sports some distinctly un-Apple-like design missteps.

However, it remains a solidly elegant smartphone, and its 5.5-inch display provides patient iOS fans with the super-sized experience they probably feared they’d never get (and possibly didn’t even realise they wanted, in some cases).

The iPhone’s software is just plain nicer to use than the LG phone’s, and that’s largely thanks to LG’s clunky custom UI.

LG has given Apple something to think about in the camera stakes – the next iPhone will need to up its photographic game beyond the usual minor level, one suspects – but overall, we’d choose the iPhone 6 Plus over the LG G4.