Has Apple’s continued embrace of larger displays with the iPhone 6S and iPhone 6S Plus convinced you to make the switch from Android to iPhone? Here’s how to do it with minimal fuss.

Perhaps it’s taken iOS 9 and its more open, more powerful features to do the trick. Maybe you’re finally in a financial position to splash out on the famously expensive Apple smartphone, or perhaps you just fancy a change of scenery.

Whatever your reason, and however good Android has become in recent years, there’s no denying that Apple is at the top of its game right now on both hardware and software fronts.

Of course, the prospect of making the leap across to ‘the other side’ is always a little daunting. Years of accumulating contacts, photos, music, and apps on one distinct platform is often why many people choose not to switch to the other.

But do you know what? It really isn’t difficult to make the switch between these two great platforms – in either direction.

Here we’re going to discuss how to make the switch from Android to iPhone.

Transferring contacts, calendar entries, and emails to a new smartphone platform could be a bit of a headache in the old days. Not any more.

If you’re coming from Android, all three are extremely likely to be synced to your Google account. It’s at the heart of the Android experience, and fortunately that makes it easy to pull everything across to your iPhone.

To pull across your contacts, calendar, and Gmail from Android, simply go into Settings, then Mails, Contacts, Calendar, and then select Add Account.

Once done, you can go into the account and opt to sync your Gmail, contacts, calendar entries, and notes to your new Apple smartphone. Simple, eh?

This also works with Yahoo and Outlook – the latter also syncing your reminders – and several other email account services.

Of course, many of us these days do our communicating through social networks, which means that a lot of the contact information we use is stored there – including all those funky profile images.

Fortunately, the iPhone is a very Facebook and Twitter-friendly smartphone. Just install the relevant social network app(s) from the App Store. Then, go into Settings on your iPhone and scroll down until you see the little cluster of social network icons.

Doing this will download all of your Facebook or Twitter friends to the Contacts app in your iPhone. It will also pull in any events to the calendar app, not to mention enabling you to post updates, photos, and the like from within iOS 9. 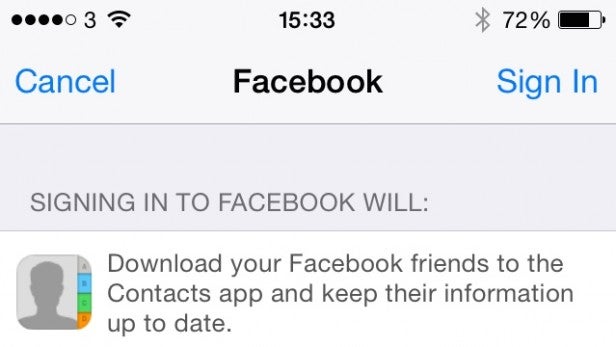 In the event that you have some contacts that aren’t synced up to a modern email account or social network – which can be the case with some of those old contacts that you only ever deal with via calls and SMS messages – you can employ a third party app to transfer contacts from your Android phone to your iPhone.

Apple itself used to recommend Copy My Data from Media Mushroom, which offers a quick and crisp contact transfer process. It has free apps on both the App Store and the Google Play Store, so download both and follow the simple steps to pull your contacts across.

In more recent times, Apple has released the Move to iOS app onto the Google Play Store (its first ever Android app!). However, it should be noted that it only works with an iPhone during the initial setup process, so you may need to initiate a factory reset.

During the iPhone setup process, you need to look for the Apps & Data screen and tap Move Data from Android. Then open the Move to iOS app and work through the instructions. 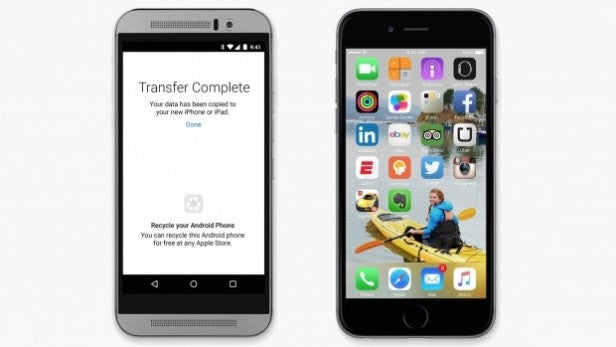 Bringing your photos and videos across

There are a number of ways to bring across your photos from Android to iPhone, but all involve either a third party app or hooking your phones up to your computer.

The first question to ask here is, which photo storage services are you signed up to? With Android, there’s a good chance you’ve got all of your pictures and videos backed up to your Google account.

Even if you haven’t, it’s probably worth doing so, if you still have your Android phone to hand. Go into Google’s Photos app (if it’s not already installed, you can find it free on the Google Play Store) and opt to turn Auto-backup on.

Once done, all of the pictures stored on your Android phone will be saved to the cloud.

There’s now also a Google Photos app for your iPhone on the App Store, so download it and sign in using your Google account details. You might even want to turn on auto-backup on here, as your photos will be stored for free in the Google cloud, which will be handy should you ever switch back to Android.

In a similar way to Google, many Android users auto-backup their photos to Dropbox, or some other cloud storage solution. The process of retrieving these is a similar case of downloading the relevant app from the App Store and signing in.

The aforementioned Copy My Data and Move to iOS apps can also be used to transfer pictures from Android to iPhone. 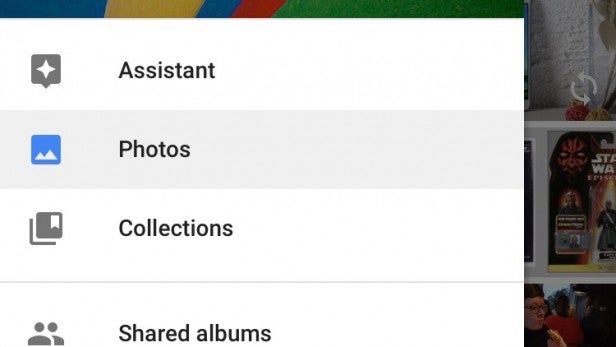 If you don’t want to use cloud-based solutions, or just want to transfer a large number of photos without using the internet, you can do things the old fashioned way through iTunes on your computer.

First up, if you have a Mac, you’ll need to download and install the Android File Transfer app. If you have a Windows PC, you don’t need to install anything.

Next, assuming iTunes is installed on your computer (of course it is), connect your Android phone to your computer using a USB cable. Your computer should automatically open up your phone’s file system. Locate the photos and videos here – they’re probably in DCIM>Camera.

Drag and drop the photos you want to transfer onto your computer. Anywhere will do – just make it easy to find.

Now unplug your Android phone and plug in your new iPhone in the same way. Open iTunes and select your iPhone. Click Photos, then select the Sync Photos checkbox and navigate to the location where your Android photos are stored on your computer.

You might want to select Include Videos if there are any videos in here.

Now click Apply, and your Android photos will sync to your iPhone.

Transfering your music to iTunes

Again, the question to ask from the outset is, how did you listen to music on your Android phone?

If you used streaming services like Spotify, Deezer, or Google Play Music, continuing the experience on your iPhone is as simple as downloading the equivalent app from the App Store and signing in.

If you have a library of physical MP3 files on your Android phone that you want to bring across, things aren’t quite so simple – but that’s not to say that they’re difficult either.

The method is pretty much the same as the aforementioned iTunes picture transfer technique. If you’re on a Mac, you’ll need to download that Android File Transfer app. Otherwise, you’re good to go.

Simply plug your Android phone into your computer using a USB cable, and your phone’s file system should appear as if it were an external hard drive or an SD card. Navigate to the Music folder and drag and drop all of the music files you want from here to a new folder on your computer. Again, make it easy to find!

Now open iTunes on your computer, go into your Library and select Music. Open the file you stored your Android music tracks in and drag them onto the Music view in iTunes.

Now select iPhone, followed by Music, and sync either the entire library or pick out the tracks you’ve just added. Hit sync.

Go into the Music app on your iPhone and you’ll see all of your old tracks there. 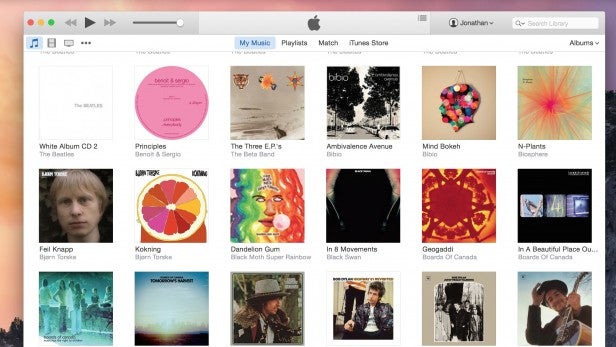 If you’re worried about losing any of the apps that you enjoyed using on your Android phone, don’t. Apple’s App Store is the biggest of its kind there is.

The Google Play Store actually has more apps, but a higher proportion of those are worthless rubbish. If you’re talking about the apps that people actually use – and WANT to use – the iPhone is where it’s at.

You’ll find all of the apps that you used on your Android on iPhone, and plenty more that weren’t. In the rare cases where the exact app isn’t available, you can bet that there’ll be a range of alternatives, many of which will probably be better.

Indeed, the standard of apps on iPhone is generally – though certainly not always – better than on Android.

Part of this is thanks to the longstanding popularity of the App Store. The Android equivalent, meanwhile, got off to a rocky start, and has only really been able to make up serious ground in recent years.

Another reason iPhone apps are generally better is that there are far fewer iPhone models around. This means that developers can concentrate on getting their apps running well rather than spreading their resources thin on a large range of Android phones.

Finally, Apple polices its App Store far more stringently than Google does its Play Store, meaning that developers have to work harder to get their apps approved. This inevitably leads to a higher standard of apps.

What this all ultimately means is that we don’t need to publish a list of popular Android apps that are also available on iPhone. If you used and liked an app on your Android phone, you’ll be able to get the same experience or better on iPhone.