13 tips to help you get ahead

The Halo 5: Guardians multiplayer isn’t very forgiving, and that’s not just because of the hordes of loyal Halo multiplayer gamers. For those who are uninitiated, or at least a bit rusty, it’s easy to feel a little out of your depth.

Often, your first hour can be spent wondering who shot you from where, or rushing heedlessly into firefights only to consistently come out dead.

Want to improve those kill/death ratios, or at least spend less time respawning? Get to grips with the maps, basic tactics and your new Spartan abilities, and everything will become much, much easier. 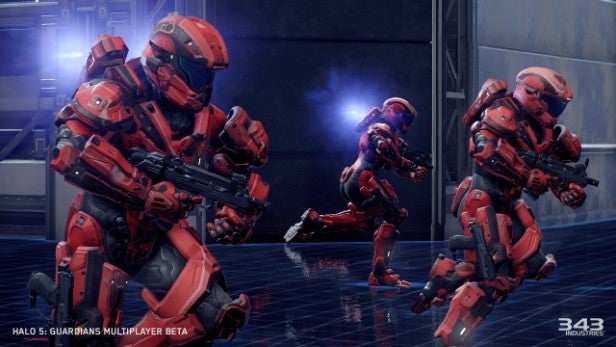 1. Learn when to scope, and when not

The Smart Scope is great at mid to long-range when you’re not in imminent danger, but absolutely useless up close. It gives you a better view and increases accuracy, but limits your angle of vision and delays you when you’re trying to aim and fire. Forget what you’ve learnt from Battlefield or Call of Duty; when the enemy is close, always shoot from the hip.

2. Learn the maps and avoid the killzones

Halo 5’s maps are complex, multi-level affairs with a lot of crannies, high-level vantage points and sniper zones. These are balanced by numerous routes around the map and weak points for those high positions, but if you spend too much time wandering aimlessly around the open areas you’ll be dead in seconds. Learn the maps, understand how they flow and be decisive. 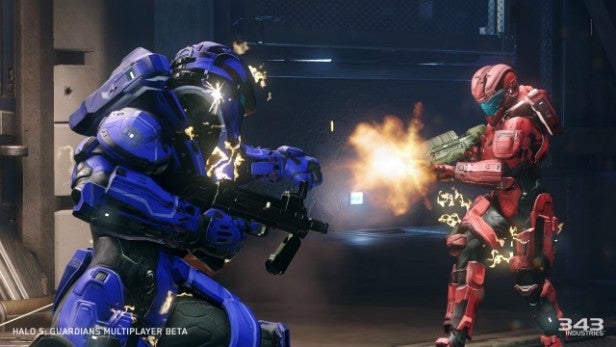 Whether you’re playing Slayer or Breakout playlists, you need to start working as a team. Look for strategies that support or complement your team-mates, stick together, and work to either defend and dominate the pivotal areas of the map, or to outflank and blindside enemies that have your comrades pinned down. Teamwork is even more crucial in Breakout, as lone wolves rushing the enemy tend to die fast, leaving their teammates outnumbered and outgunned. Work together, move in concert, and your team has a better chance of coming out on top.

Even if you’re not using a headset or microphone, keep your ears open. The Spartans now chatter automatically, pointing out kills, enemy sightings and incoming heavy weapon drops, and while some of its just atmospheric clutter or feel-good backslapping, some of the info can help give you the edge. If you’re playing Breakout, however, we’d recommend switching that headset on. Play a few matches or even stream some in-game action, and you’ll see that the best teams call out enemy and weapon positions or provide useful advice. Keep it civil and on-point, but talk. 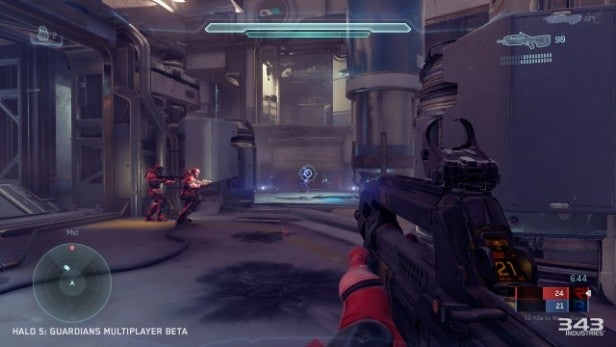 6. Get to grips with the Battle Rifle

The Battle Rifle is a very versatile, precision weapon that’s good at mid-to-long range and fine up close, but it’s no good if you’re a spray-and-pray player or can’t aim for toffee. Keep practising with the Battle Rifle, or develop strategies around grabbing an assault rifle or SMG and going in close. Either weapon will give you the edge in short-range duels. 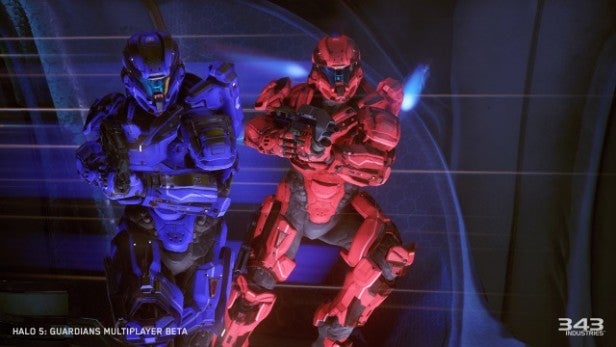 Halo 5’s new movement options are there to be used. If your shields don’t need recharging, sprint to get faster to objectives and make yourself more difficult to shoot. Use the thrusters (B then left-stick) to dodge, cross small gaps or alter your direction in mid-air. Jump, thrust and clamber onto platforms or ledges, and use the slide move (reach top spring speed then click the right stick) to enter a gunfight in style. Remember that using the smart scope while in mid-air will trigger your thrusters, enabling you to plug away at an enemy before you land. Exploit your new abilities – because others will.

While you’re at it, get to grips with the new melee abilities. Hit top sprint speed then click the right bumper and your Spartan will do a shoulder barge; ideal for smacking that poor sucker who hasn’t quite got time to turn and shoot you. Hold and then release the right stick while jumping down on an opponent to pound them into the ground. Use the last option sparingly, though, as it has a nasty habit of failing and leaving you an easy kill. 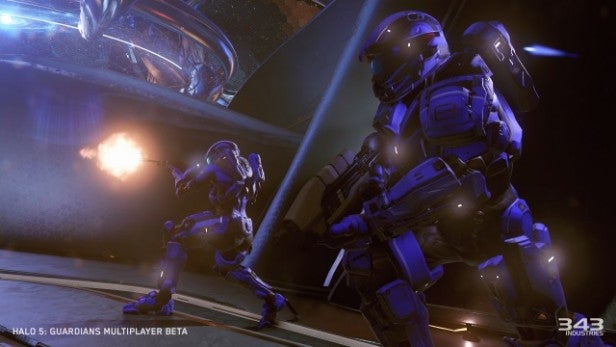 9. You only have one life in Breakout

You only have one life in Breakout, so don’t waste it. Instead or rushing with a bellow straight down the central channel of the map, look for positions you can defend, routes where you can outflank the enemy, and areas where your team can ambush or control the other team. Charing straight into battle isn’t courage – it’s carelessness.

10. Switch to your sidearm

It’s an old FPS trick, but one that’s particularly pertinent to Halo 5. If your clip runs out mid-firefight, stopping to reload will get you killed. Tap Y to summon your sidearm, then plug away with that instead. Remember that the magnum isn’t just a short-range weapon, but surprisingly capable at mid to long-range. If you’re stuck with an SMG against a battle rifle, it’s better to pull out the pistol than go down spraying bullets.

11. Don’t be afraid to fiddle with the key bindings

Not all of us can afford to splash out on the epic Xbox One Elite Controller, so thankfully 343 Industries has made it a little easier to get the custom layout you’d like for Halo 5.

For anyone who’s new to Halo and familiar with games like Call of Duty, the new Halo 5 button layout will feel very familiar. But for old hands, the fact aiming down your sights is now done using left trigger rather than clicking the right stick in will feel very foreign.

But thankfully there’s a cure for that. As you can see above, you can scroll through the various key binding options, with layouts including Southpaw, Boxer, Green Thumb, Bumper Jumper, Recon, Fishstick, Pashooter, Helljumper and good old Halo 4-style.

12. Use your Ground Pound

There’s another awesome new melee move in Halo 5 called the Ground Pound. And it’s one you’ll definitely want to make use of in the multiplayer portion of the game – as well as the single-player of course.

If you jump using A and then hit RB (using the default layout), you’ll be presented with a circle that you can aim at enemies. Wherever you position that ring will be where your ground-pound lands. Gameplay will slow down a tiny bit, giving you time to position yourself properly.

Just make sure there’s an enemy within that ring, or at least nearby it, in order to inflict some serious damage.

Sure, it sounds like a simple thing to say, but in Halo 5 multiplayer, it really pays to be the guy (or girl) that can dish out headshots. This isn’t Call of Duty. Enemies will have shields, thrusters and may take a while to take out. So always aim for the head.

To do this you might want to familiarise yourself with the Battle Rifle (as we’ve mentioned before), sniper rifles, pistols and even the DMR.