On Wednesday 15 May Google I/O 2013 took place. Google told developers and the press about many of its plans for the year.

Want to know what’s up at Google HQ? Here’s everything major we learned, as well as all the bits we were hoping for that are still under wraps. 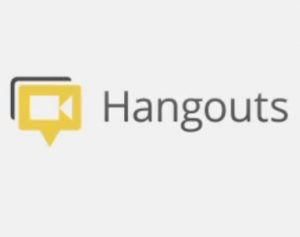 Google Hangouts spreads to iOS and Android
Google’s own chat and meetings hub Hangouts is about to spread its wings. Having previously only been available through a web browser, it’ll soon have its own Android and iOS apps, making it much more useful for most folk.

You can chat with a bunch of people, share videos and images. Yep, it’s nothing all that new, but now that you’ll be able to access it easily using a phone, it’s a lot more attractive.

Google Plus gets redesign
Everyone’s fourth favourite social network, Google Plus, has been given a redesign. Rather than being a flat scroll of updates, Google Plus is now laid out with a series of different-sized boxes, much like Facebook. It’s prettier, but will it really get more people using the network?

Google claims it has added 41 new features to the network, including some that you won’t find on other social networks. One of our favourites is being able to upload a whole bunch of photos to Google Plus, and let the network determine which are the best, using facial recognition tech.

Google Play Music All Access
The long-rumoured Google music streaming service is here. And, as expected, it sounds an awful lot like market leader Spotify.

It costs $9.99 a month, and wants to help you discover new music as well as stream the tracks you’ve been listening to for years. We’re not sure yet how many millions of tracks it’ll offer, though, it’s only available in the US and only for Android devices. Hmph.

Google Play gets tablet section
A long-overdue alteration – Google Play has been redesigned to make it much easier for tablet users to find apps designed/optimised for tabs rather than phones.

This interface strategy has been in place over at Apple’s App Store for some time now, with distinct sections for “iPad” and “iPhone” apps when browsing the store using a tablet. But hey, better late than never.

It’ll also handle online multiplayer and cloud saves, so that even if you change your phone you’ll be able to keep your progress in that free game you downloaded last week. You lucky things.

Google Maps gets smarter
Three new APIs have been introduced in Google Maps. One simply makes the location-finding system run faster – it’s the other two that are really interesting.

Developers will now be able to create zones within Google Maps, using what Google calls Geofencing. There can be up to 100 concurrent zones used by an app. The possibilities are endless, ish.

Google Maps will also be much more useful for fitness apps. It can now tell what sort of activity is being taken part in, using data from the device’s acceleromter as well as positional data.

What we didn’t get…

Google Nexus 7.2
The tablet we were hoping for that failed to arrive is the Google Nexus 7 Mk 2. If it exists in a lab somewhere – which, let’s be honest, it probably does – it likely has a higher-resolution screen, faster processor and slimmer body.

This was the tablet that could have put the boot in the iPad mini – not just on its own merits but because it would have likely pushed the original Google Nexus 7 down to an all-new low price. Some say as low as £99.

Google Nexus 5
Even more important than the second Nexus 7 is the Google Nexus 5, the long-awaited successor to the Google Nexus 4. Made by Motorola and offering a spec level comparable to the HTC One and Samsung Galaxy S4, it’s the phone we need to complete the superstar smartphone line-up for 2013.

But it failed to arrive. It now seems likely that the phone will get its own glitzy launch later this year. Perhaps Google’s hardware is just too big for I/O 2013 these days…