All of the focus with Apple’s Beats acquisition seems to have been on what it might mean for the company’s music subscription efforts. Oh, and that $3 billion price tag.

Meanwhile, only passing mention has been given to the fact that Apple has been handed the reins of arguably the most over-achieving high-end audio company around.

The design company that played a huge part in establishing the Beats brand, Ammunition, has been relieved of its duties. That means that the Beats design baton (it’s a funky fold-up red plastic number) has been passed on to Jony Ive’s crew.

We’re sure the creative minds behind such iconic modern delights as the iMac and the iPhone 4 can maintain and even improve the look and feel of those blinger-than-bling cans. But really, that’s not the concern here.

What we want to know is, will Apple be willing and able to address the one glaring flaw with pretty much every set of Beats headphones we’ve ever used – that they don’t sound particularly great?

“As ever with Beats headphones the sound quality doesn’t entirely match the price.” That’s a line taken from our Beats Studio review earlier this year, and it’s a bit of an understatement. 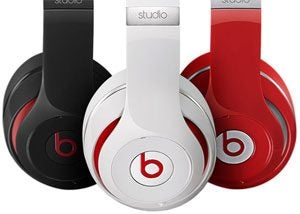 Dr Dre, the rap maestro behind the Beats brand, would assert vigorously (and has indeed done so on numerous occasions) that his products’ tendency toward heavy bass is a deliberate aesthetic decision. One that’s closely aligned with the kind of urban music the company’s customers tend to listen to.

However, this low-end emphasis also undeniably has a negative effect on sound separation. The sound of subtler, more detailed arrangements invariably suffers.

Now consider that Beats Studio is the flagship model of the Beats headphone range, and that they retail for around £270. For that price, you can purchase a set of Sennheiser Momentums or V-Moda Crossfade M-100s – both of which offer far superior sound separation and more rounded performance.

Put simply, such headphones offer more bang for your buck. Crisper, less muddy bangs at that.

This isn’t just our subjective opinion either. An April TIME report gathered the specifications and review scores of some 3,000 pairs of headphones from 18 manufacturers. From this vast pool of data it was concluded that Beats was the second worst headphone brand on the market.

Of course, this overall rating disguises that some of the Beats headphones have scored quite well overall (the report mentions the Beats Solo HD as one such exception, though we weren’t particularly enamoured with those either). But it also shows that the general standard across the range is lower than it should be.

And yet Beats continues to dominate the field. One 2012 NPD Group report estimated the company was responsible for 64 per cent of all premium headphone sales in the US – a staggering figure given the strength and depth of the opposition.

And this is where Apple faces a bit of a task if it’s to overcome Beats’s style-over-substance tag. After all, Apple itself is hardly renowned for the audio quality of its own earbuds (though it did rank six places higher on the aforementioned TIME report).

Despite being the home of the iPod and iTunes, and thus a key figure in the way we consume music today, listening on a default Apple set-up is and has always been a little tinny, to say the least. For years now critics have been calling on the company to up its audio game, which it belatedly did with the Apple EarPods in 2012. Even then, its standard buds merely went from bad to average. 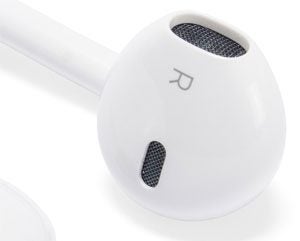 Never mind the will. Does Apple even have the ability to improve the quality of Beats Electronic’s output? Something tells us it will need to extend its recruitment drive in order to do so.

Contrary to the generally gloomy sentiment surrounding the deal, it’s actually quite easy to see what Beats can do for Apple, besides a welcome injection of youthful cool that’s arguably been lacking from Apple’s brand in recent times.

Dr Dre and Jimmy Iovine’s company will instantly provide the Spotify-like subscription music service that Apple has badly needed for a couple of years now. You didn’t think iTunes Radio was really the answer to that particular shortfall, did you?

The deal also offers the tantalising possibility of Apple taking a direct hand in designing speaker docks and other peripherals for its own iPhone range, rather than simply relying on third parties such as Sonos to do the heavy lifting.

But what can Apple do for Beats, a company that already had its branding and design houses in order and is arguably more in need of specialist technical improvement? That question’s a lot tougher to answer from our perspective.