For the first time, Ubisoft’s Far Cry series is taking us back to the very first human struggles. Far Cry Primal is taking the series’ premise of being someone on the edge of a beautiful, lawless and savage frontier, but just placing us in the Stone Age.

It’s 10,000 BC and you’re in Oros – a land that’s full of woolly mammoths, sabre-tooth tigers and everything in between.

So in order to survive, you and Takkar might need a few handy Far Cry Primal tips and tricks. We wouldn’t want you to be killed by a honey badger now would we?

1) Everything wants to eat you

Because it’s the Stone Age and humans aren’t at the top of the food chain, nearly everything will want to eat you. Or at least attack you.

You’ll therefore need to keep your wits about you. Don’t hang about in an open area because you’ll soon find yourself being mauled by bears, air-assaulted by eagles, clawed by panthers and more.

Plus, the Udam are cannabalistic little buggers and quite fancy a bit of Takkar for their supper. While the Izila tribe like playing with fire.

Keep moving, and keep your ears and eyes open.

2) Your ears are a big asset

As Oros is a world that’s free of modernity, you’ll be able to listen to the soundscape of the animals and the world around you in intense stereo. And this can be one of your greatest assets.

Get yourself a gaming headset and experience the noisy, but beautiful, world of Oros. You’ll not only love all those noises, but you’ll also hear if there are any enemies or predators on the prowl.

The big cats, dogs and bears can usually be heard a mile off, so if you say you got caught unawares, you obviously weren’t listening hard enough. 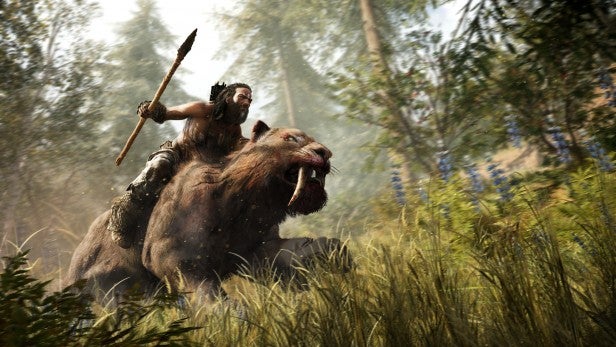 If you think the day is bad for the critters attacking you, you just wait until the sun goes to sleep. Everything comes out to play.

It’s not quite Dying Light, but you’ll need to arm yourself with an ignited club and keep watch for any eyes glowing from the darkness.

4) Don’t forget about your owl

One of the great things about Far Cry Primal is that you can choose how to approach each mission, camp or bonfire settlement. Take the all clubs blazing approach with your fearless creature in tow, or take it a little slower, making sure you know exactly what you’re heading into.

Often, the latter approach is the more sensible, especially if you don’t like watching or hearing your beast crying out in pain (they can be killed after all). And for this, you need the mighty owl.

I often forget I’ve got him stowed away somewhere in my loincloth, but hit that down D-pad and he’ll come flying out. The owl lets you survey the terrain around you, tagging enemies, useful items and even – if you upgrade your owl abilities – rip the faces of unsuspecting enemies.

He’s a useful ally to have, just don’t forget about him. 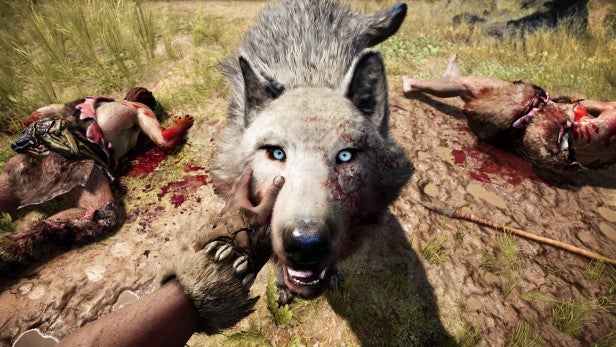 5) Upgrade your health first, then focus on beast taming

Seeing as its such a strange and primitive world, you’ll need to make sure that Takkar is prepared.

As with previous Far Cry games, there are a variety of skill trees to upgrade in order to personalise him to your play style.

But, we recommend heading straight for the health upgrades in the early stages, as the ability to quick heal (snapping bones back into place and rubbing green salves into wounds) is ridiculously handy, while having more than one measly health bar will certainly bode well in a fight.

After that, focus on upgrading your beast taming skills. Who doesn’t want to be stalking through the wilderness with a sabre-tooth tiger after all?

Plus, if you unlock the Beast Rider skill, you can actually ride bears and other large creatures.

6) Your animals all have different abilities

Becoming the master of the beasts also has some other perks. Each animal has their own skills that could give you the exploration or battle advantage.

The brown bear, for example, uncovers and gives you nearby resources when you stand idle, whereas the rare black jaguar attacks unsuspecting targets without alerting nearby enemies. Plus, he’s also resistant to fire – not sure how that works, but we’ll take it.

Each animal also has strength, speed and stealth ratings, so you should think about which furry friend you want to take with you for each scenario. 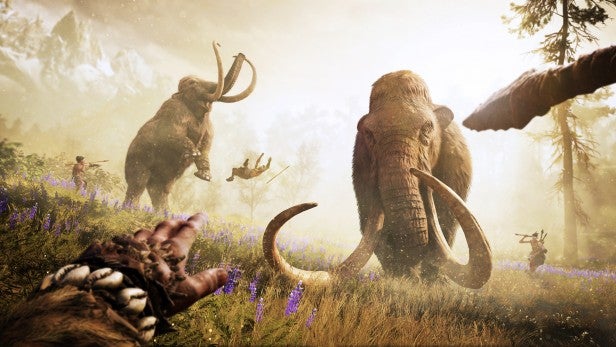 7) Gather as much as you can

Far Cry Primal is a game about a hunter gatherer, and so this should be one of your main focuses as you move around the world. Gather all the resources you can until your pack is bulging with various bits of slate, leaves of assorted colours, reeds, hardwood, skins, furs and more.

It’ll mean you’re always prepared for any eventuality and you’ll need your various items to upgrade your village and keep your tribes-folk happy. 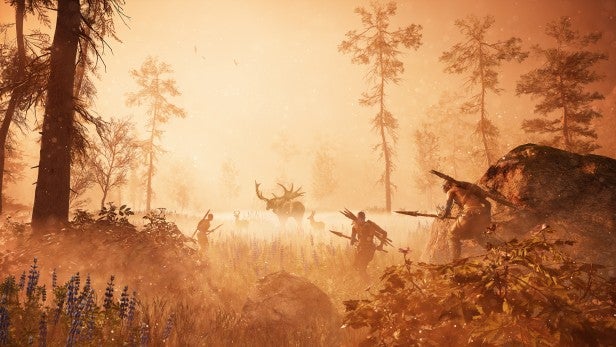 8) Keep your weapons at full capacity

Importantly, if you’ve got your pack stocked, you’ll be able to keep your weapons at full capacity. And this is crucial for Far Cry Primal.

As you’d expect, there’s no guns here. It’s all about your hand-made clubs, arrows, bows and spears. But all of these can be broken, burnt out and wasted, so it really pays to have a ready supply at all times.

There’s nothing worse than coming face to face with a bear, your beast is down and you’ve run out of spears. It’s going to start looking like the out-takes from The Revenant in here.

Which feature of Far Cry Primal are you most looking forward to? Let us know in the comments below.