I’ve got something to confess: I prefer controllers over gaming keyboards.

That’s admittedly blasphemous for a Computing Editor to admit, but keyboards just don’t play nice with my smallish hands. There’s no denying a keyboard and mouse combination is significantly more accurate than any gamepad, but I’m not convinced it’s worth the uncomfortable stretching it requires of my digits – it’s like playing a game of Twister with my hands.

My absolute biggest gripe is having to press down on the Shift key with my pinky to sprint in the majority of adventure and FPS games. It’s an uncomfortable position to hold, especially when I’m so used to just pushing down on a analogue stick with a controller.

I’m fully aware aware I could simply remap the sprint function to another key – I found moving it to a mouse side-button pretty useful – or even invest in a keyboard with dedicated Macro keys, but that doesn’t change the fact there’s still a large number of keys to keep track of to execute simple commands such as sprinting or tossing a grenade. As a result, I’m unashamedly happy to take a hit to my kill/death ratio and plug in the DualShock.

I’m not the only person with this mindset. In November 2020 Valve reported that the daily average users playing a Steam game with a controller has more than doubled in the past two years, with 60% or more players generally opting for a gamepad over a keyboard/mouse combo for ‘controller-friendly games’. 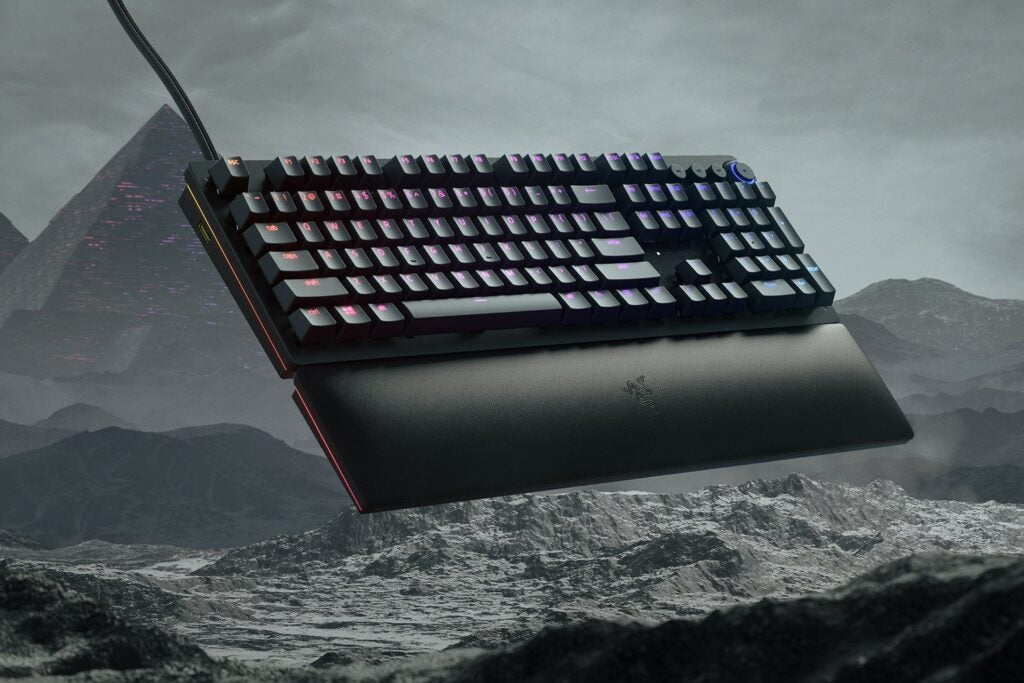 But my allegiance to controllers could be tested to the limit soon, as Razer launched the Huntsman V2 Analog. This new gaming keyboard features Analog switches that let you apply two separate functions to each key, with the level of actuation determining the action. In practise, this means I could lightly tap the ‘W’ key for walking-speed movement and then push the key down further to trigger a sprint.

While such a feature may not improve my performance in multiplayer shooters compared to other optical keyboards, it would certainly make the experience more comfortable as I’d no longer have to stretch my pinky over to that annoying Shift key. And let’s not limit this functionality to just sprinting. I could effectively half the number of keys I’d need to use in any game by making use of the dual-step actuation. Imagine how useful it would be able to equip and throw a grenade via a single keystroke.

I have to stress that I’m yet to test the Huntsman V2 Analog (or any other mechanical analog keyboard), so I can’t be sure that the dual-step actuation is as good in practice as it looks on paper, but the technology itself is still nevertheless very exciting.

The biggest issues here is the price. The Huntsman V2 Analog is dizzyingly expensive at £249.99/$249.99/€269.99. To put that in perspective, this keyboard is a whopping 4x more expensive than the PS5‘s DualSense.

The SteelSeries Apex Pro and Wooting Two keyboards also offer the same switch technology, but are priced at £199.99 and €179.99 respectively, which are still too expensive for me personally. But now Razer and SteelSeries are bringing the technology into the mainstream market (after keyboard maker Wooting introduced it in 2017), you can expect the likes of Asus, Corsair, Gigabyte and Logitech to follow suit with potentially cheaper variations.

Once gaming keyboards with Analog Optical Switches are available at more affordable prices, I can see myself (and many others) finally ditching the controller and embracing the keyboard and mouse combo for good. Then there will be no stopping me becoming an Apex Legends eSports champion.

Ctrl+Alt+Delete is our new weekly computing-focussed opinion column where we delve deeper into the world of computers, laptops, components, peripherals and more. Find it on Trusted Reviews every Saturday afternoon.