As we say in the review, Battleborn can be brilliant, but only if you have a clue what’s going on.

Right now, many are still in the middle of a steep learning process, and there’s a lot to get your head around both in story mode and versus play. The big mistake many players make is to treat Battleborn as if it’s just another shooter, misunderstanding the dynamics of story mode and the core mechanics in PvP. If that’s you, these hints and tips might help put you on the right path.

Buy Battleborn from Amazon for £37.85

We could go in-depth on the different multiplayer game modes and their objectives, but the short animated tutorials before each match actually do a good job. Watch them and understand the objectives and distinctive features of each mode and map. It’s not cool to clown around in school if you leave without a clue, so put your phone away and pay attention.

A balanced team is vital. Without a mixed group of tanks, damage dealers and healers/support, you’ll be toast for the other team or whatever gaggle of ne’er do wells is battling against you. If nobody is fielding Miko or Ambra, think seriously about filling the gap, and make sure that you have at least one strong melee-focused character on your side. 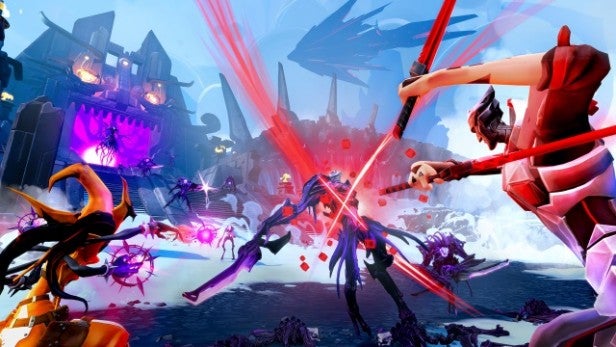 Don’t be a doofus about this, either. If someone else has picked your favourite character, don’t put another one on the field. Pick a hero who will balance out your team.

Healing and reviving are absolutely crucial when you’re on a story mission. Battleborn doesn’t have the infinite respawns of Destiny or The Division, and the old ‘keep one man standing’ stratagem will just mean another failed mission. Look out for your four team mates, heal if you have healing powers, revive as soon as it’s safe to do so. 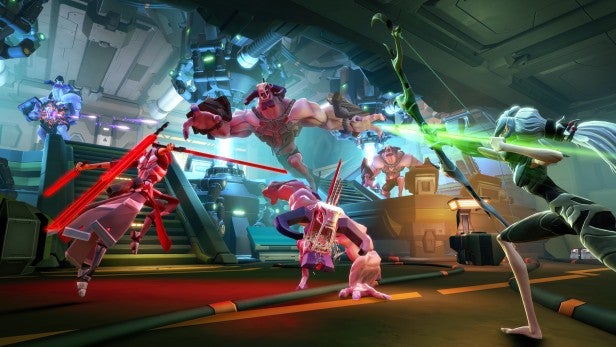 Remember that thing about no infinite respawns? Well, don’t waste your lives. If you’re near death in battle, try to escape and recharge your shields if you have them or grab some health if you don’t. Find a healer and stick with them to get some help, and if you are a healer remember to, well, heal your comrades. After all, isn’t that your role?

Another rookie error is to focus on the kills, not the objective. If something has to be defended in story mode, defend it. Otherwise, you’ll find it wrecked while you’re busy chasing hostiles, leading to the dreaded Mission Failure screen. The same principle applies to the versus modes.

Meltdown is about getting your minions to the furnace and stopping the other team doing the same. Incursion is about the sentries, not the other team. Kills are great if they further your objective, but not if you let it slide.

Collect and use the shards

Smash up shard clusters and crates and loot their contents, because you really need to use those shiny shards. Use them in multiplayer to activate traps, turrets and drones, not to mention supply stations – controlling those can help your team on top. Don’t ignore any mercenaries either; they can really swing the battle in your favour. Story mode, meanwhile, has its share of tough defence objectives. Activating traps and turrets can help you even out the odds and scrape a success. 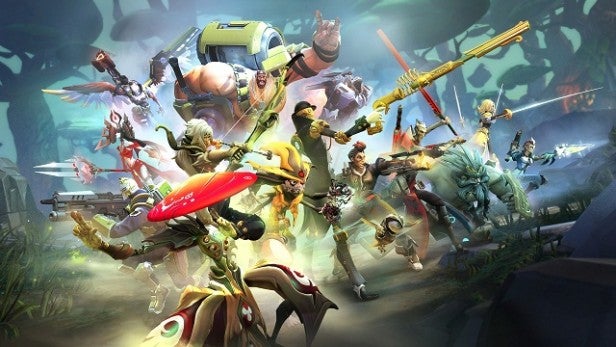 Regroup when you respawn

When you die in multiplayer, the temptation is to rush straight out, lone wolf-style, and jump back into the fray. The result? Another death, more time out from the game and more XP for some jammy devil on the other team. Pause for a second and try to regroup with at least one other player. You’ll live longer and have a better chance of making that life count.

Make time for the helix

You start each match or mission fairly weak. Gaining XP, levelling up and choosing augmentations will make you fitter and more prepared for the next objective, but only if you make the time. This isn’t always possible in the heat of battle, but try when there’s a pause. 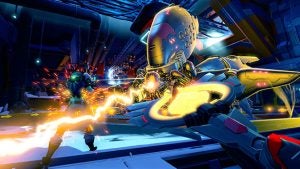 For one thing, you’ll be a more effective healer, tank or damage artiste. For another, you’ll get some really spectacular moves to show off with.

Learn your heroes and play to their strengths

It’s great to experiment with different heroes, but early on it’s smart to focus on just a few. Learn their abilities, try different sequences of augmentations and understand that hero’s role. This will make it easier to optimise your build when choosing augmentations, and help you work more effectively inside your team.

There are no hard and fast rules in multiplayer, but if you have five players and two lanes, you can’t go far wrong sending two up one lane, two up the other, and one hero working between the two. You’re also better off working together than fighting solo. A healer and a damage dealer will survive longer and do more damage than either on their tod.

Related: Everything we know about Deus Ex: Mankind Divided

Healer, tank and damage dealer? Even better. Many abilities are designed to have a positive effect on team mates. Use them to buff your comrades and push for victory. 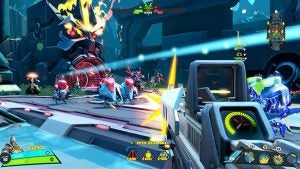 Play and replay the story missions

We know this sounds like grinding, but playing story missions will help you rank up faster, grab better gear and unlock more characters than just playing multiplayer matches for hours. Playing them on Advanced difficulty is even better, though we’d advise giving Hardcore mode a miss – unless you’re a) really good or b) a glutton for punishment.