The first Apple Watch reviews have gone live. Find out what it’s like to live with Apple’s first ever smartwatch

While Apple fanboys and girls around the world will have to wait until April 10th to pre-order one, a fortunate few have already spent time with what Tim Cook called the ‘most advanced timepiece ever created’.

The first round of Apple Watch reviews have hit the web and we’ve rounded up what the tech world makes of the smartwatch set to take on Android Wear, the Pebble Time and the rest.

Along with beautifully presenting its controversial 18-hour battery life, the Verge awarded the Apple Watch a not so fantastic 7 out of 10 score, saying it’s the nicest smartwatch out there but there’s some performance issues to look out for:

“It wants to do and change so much about how we interact with technology. But that ambition robs it of focus: it can do tiny bits of everything, instead of a few things extraordinarily well. For all of its technological marvel, the Apple Watch is still a smartwatch, and it’s not clear that anyone’s yet figured out what smartwatches are actually for.”

If you’re going to buy an Apple Watch, I’d recommend buying a Sport model; I wouldn’t spend money on how it looks until Apple completes the task of figuring out what it does.”

Joshua Toplosky – Bloomberg
“The watch is not life-changing. It is, however, excellent.” 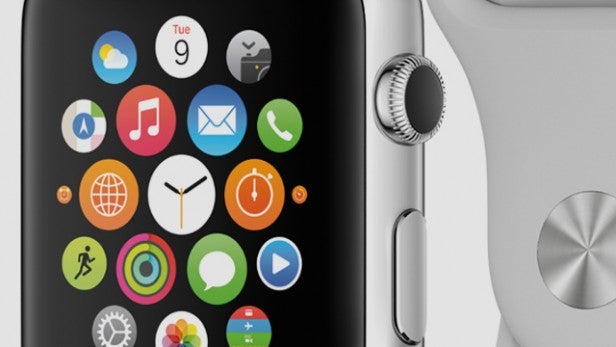 In Joshua’s Apple Watch review for Bloomberg, he focuses on the way the Apple Watch really just replicates functions from the iPhone but is on the whole positive about Apple’s first smartwatch:

“The watch is not life-changing. It is, however, excellent. Apple will sell millions of these devices, and many people will love and obsess over them. It is a wonderful component of a big ecosystem that the company has carefully built over many years. It is more seamless and simple than any of its counterparts in the marketplace. It is, without question, the best smartwatch in the world.

So Apple has succeeded in its first big task with its watch. It made something that lives up to the company’s reputation as an innovator and raised the bar for a whole new class of devices. Its second task—making me feel that I need this thing on my wrist every day—well, I’m not quite sure it’s there yet. It’s still another screen, another distraction, another way to disconnect, as much as it is the opposite. The Apple Watch is cool, it’s beautiful, it’s powerful, and it’s easy to use. But it’s not essential. Not yet.”

Geoffrey A. Fowler – Wall Street Journal
“The Apple Watch isn’t quite the gatekeeper to my digital life that I wanted”

Living with the $1,000 Apple Watch model for his review in the Wall Street Journal, Fowler believes the Apple Watch lacks great app support currently and the more impressive intelligence of Google’s Android Wear software and these could be the reasons that iPhone owners hold off for now:

“The big reason many people—even many Apple fans—will skip the Apple Watch is that it’s too new. There isn’t yet a world of apps and services beyond Apple’s own, with independent developers’ sparks of genius showing us all the things a smartwatch can be.

In fact, apps have been the biggest disappointment of my Apple Watch experience. Apple says more than 1,000 Watch apps have been submitted, but only about three dozen have been available to test.”

For now, the Apple Watch is for pioneers”

Lauren Goode – Recode
“Apple Watch is not a cure-all’ 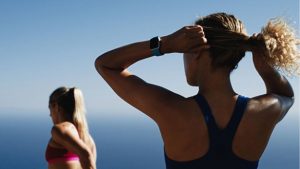 Having lived a week with the Apple Watch, Goode’s Apple Watch review for Recode highlights how easy it is to use, the accuracy of the fitness tracking features and the fact that it still looks like a “techie watch” saying:

“If you’re already tied to Apple software like iMessage, iTunes, Siri and Health. Watch is the seemingly inevitable extension.

But Apple Watch is not a cure-all, and it’s likely not a timepiece you will pass down to your grandkids. It is a well-designed piece of technology that will go through a series of software updates, until one day, years from now, when the lithium ion battery can no longer hold much of a charge and it won’t seem as valuable to you.”

Ulanoff didn’t have high hopes of loving the Apple Watch for his review on Mashable but was won over by many of the smart timepiece’s key features. He does agree like most of the early reviewers that it still needs some work.

“Like any 1.0 product, the Apple Watch isn’t perfect. The S1 chip has pep, but the watch could lag. The hyped Taptic response is useful, but not a game-changer. And I can’t make myself care about the ability to send heartbeats (though I do like to occasionally check my heart rate, especially after vigorous activity).

Apple Watch does as much, maybe more, than competing smartwatches, but it doesn’t demand that you pay attention to it. It also succeeded in its most important task: Getting me to keep my iPhone in my pocket. That’s a pretty impressive feat.

Is my life better because of it? It’s too soon to tell. But what I do know is that I thoroughly enjoy wearing it.”