Today, Sony finally provided us with a detailed look at the PS5 user interface, unveiling a range of  brand-new features that should offer an improved experience compared to the PS4 in a number of fascinating ways.

We’ve rounded up our favourite new PS5 UI features, so you can check them all out if you haven’t had time to watch the video. And if you do want to watch the official  walkthrough, check it out below:

1. PS Store is now integrated into the PS5 system

Sony didn’t delve too deep into this feature but did confirm that the PlayStation Store is “ completely integrated into the system” rather than being a standalone app like it has been in the past.

The PS4 lagged quite a bit when jumping into the digital storefront, but Sony has confirmed that browsing on the PS5 will be easier and speedier. It will also offer a more ‘personalised store experience’ which presumably means more accurate reccomendations and so on.

2. You can now check trophies and join voice chats without leaving a game

One of the most frustrating features of the PS4 was that you had to leave your game in order to do pretty much anything on the home screen, which included inviting/joining friends, checking your newly acquired trophy or tweaking the settings for your controller.

The PS5 has solved this issue by introducing the Control Centre. Tapping the PlayStation home button will now bring up a menu bar on the bottom of your screen, but won’t completely cover your game. This means you can play around with settings while waiting in an online multiplayer queue without worrying the match will start without you. 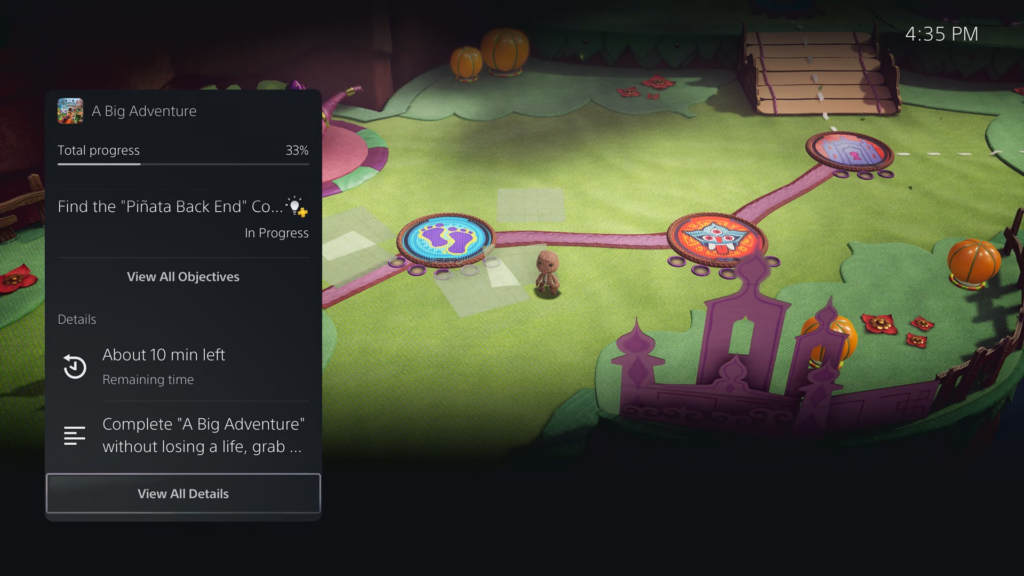 3. PS5 can estimate the ‘remaining time’ of a game objective

Ever committed yourself to spending a ‘few more minutes’ to complete a level, only to realise hours later that it’s far longer than you expected? Us too. Fortunately Sony seems very aware of this problem, and has so incorporated the estimated ‘remaining time’ for each game objective.

An ‘Objective’ can seemingly range from an entire level to a trophy achievement, which could come in handy if you’re strict with your game management or simply want to know how much time you’ll need to set aside for a certain part of your favourite game.

Screenshots and video can now be captured on the PS5 at a 4K resolution, so you can show off your triumphs in glorious detail.

But the most intriguing new feature for player-created content is that the PS5 can detect whether you’ve reached the specific game activity that’s been shown in a screenshot or video clip, and then flag up a spoiler alert.

You’ll still be able to ignore the spoiler alert and access the image or video, but this is still a very useful feature to prevent so-called friends trying to ruin a significant story moment. It’s up to the developer to pinpoint what game moments deserve spoiler warnings though, so don’t expect every game to make full use of this feature. 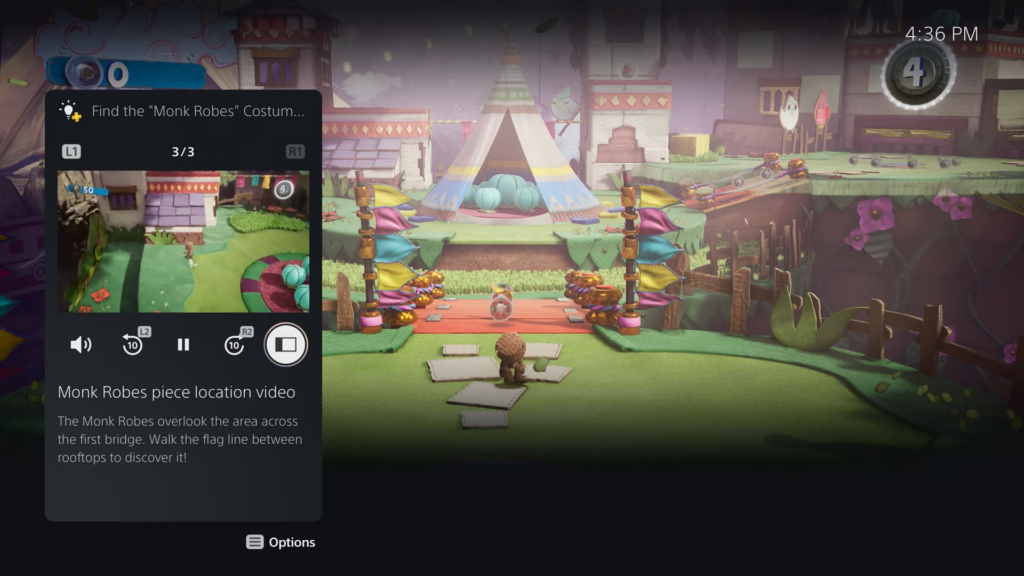 5. In-game guides will give you hints for trophies

Almost everybody has searched the web in order to find help for a particularly awkward trophy. Sony has acknowledged this and included the option for developers to add in-game guides and tips for each trophy.

PlayStation used Sackboy’s Big Adventure as an example, where both slideshows of still images and video guides will show you how to discover a hidden collectible. What’s more, the guides will pop up in card form as an overlay over your current game, so you can watch the guide and continue playing simultaneously.

Only PS Plus subscribers will have access to this feature, and it also looks to be up to the developer to make use of it, so don’t expect in-game guides for the entire PS5 library at launch or beyond.

6. Voice dictations allows you to send text messages via microphone

Typing out messages is such a cumbersome process on the PS4 that many people just avoid it altogether. The PS5 makes things significantly easier by using the DualSense microphone to record your voice messages and then turn them into text messages which you can send to your friends.

How accurate this voice dictation will be remains to be seen, but we definitely welcome this feature over typing out our own text or sending audio voice messages. Although this may also increase the likelihood of a defeated rival sending you a rage message. 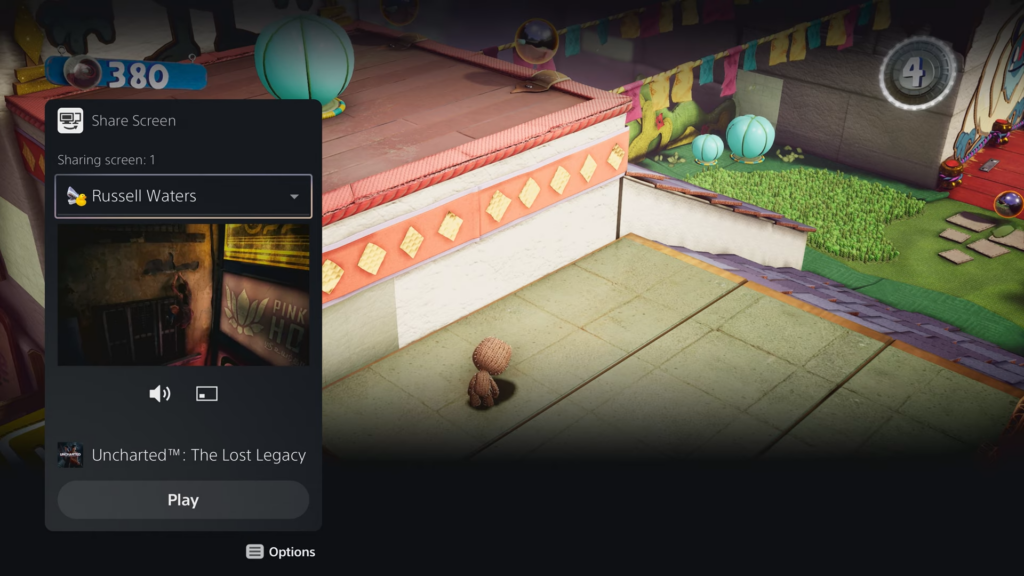 Party chats are getting some significant upgrades for PS5. Not only is it more seamless to create and join chat groups, but you can also now share your screen to the party.

What’s more, you’ll be able to continue playing your game while pinning a friend’s live game footage to the side of your screen. Sony showed a demo playing Sackboy’s Big Adventure while watching a friend playing Uncharted Lost Legacy in the corner of the screen.

This feature may be useful for offering friends advice on a particularly difficult level, or just watching a funny death in an online multiplayer match.

Video games will now be separated from your media apps via two different UI sections, which means you won’t have to trawl through all of your recently played games in order to reach the likes of Netflix, Amazon Prime Video and Now TV.

Sony unfortunately didn’t offer a look at the Media interface, but we can certainly see the benefits of having games and media separated into their own dedicated sections.