As the UK cracks down on self-balancing scooters, Rob Temple takes a look at the other examples of law-breaking tech that could lead to a hefty fine or a spell behind bars.

The Crown Prosecution Service has spoken: self-balancing scooters are illegal to ride on public roads or pavements in Britain. Sorry, kids. They’re just too dangerous. But this is far from the first bit of tech that can land you in hot water with the authorities, for as long as there’s been batteries, gadgets and their owners have fought the law, and more often that not (or always, to be precise) the law has won…

Because they don’t, y’know, hover, “hoverboards” in this instance will always be trapped inside inverted commas. And the powers that be have decided that these Segway balance boards are not allowed to do their non-hovering in public places, under section 72 (one of our favourite sections) of the Highway Act 1835. However, they are legal to use on private property, with the landowner’s permission. So, if you ask your mum/landlord really nicely, there’s a chance you’ll be able to make that journey from living room to kitchen a good three seconds shorter. Huzzah! 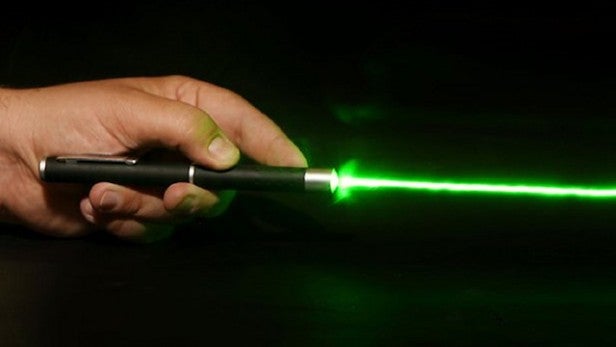 Owning a laser pen isn’t illegal, if it were then lecturers would be in big trouble, but shining them directly in people’s eyeballs in the street is an offence. Shine a laser pen at a car or an aircraft, such as a helicopter, and it’s a serious offence. Shine one at a police helicopter and your picture will be on the news, probably alongside the words “idiot arrested”. This is the fate that befell Birmingham man Christopher Vowles in 2014, who aimed his pen at a police helicopter pilot from his garden, 1,300 feet below. Fifteen minutes later the police knocked on his door. He received a seven months suspended sentence, 250 hours of unpaid work and a hefty fine.

We all do it: notice our phone’s on 8%, panic and then scrabble around for a plug socket, any plug socket. Even if it means unplugging the Oxford Street Christmas lights, we just gotta have that juice! Well, be warned with this cautionary tale. Robin Lee, 45, from London was recently arrested for “abstracting electricity”, an offence under section 13 of the Theft Act 1968. In other words he used a plug that he wasn’t meant to use on a train. The offence carries a maximum sentence of five years. To what percentage he managed to charge his phone before being cuffed, alas, we do not know. 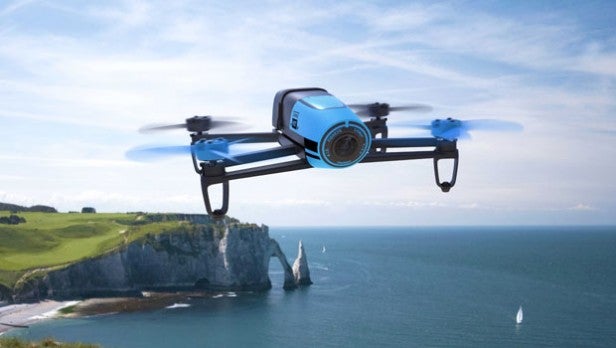 Always keep them within your sight, do not fly them above
400 feet, keep them away from aircraft, helicopters, airports and
airfields and if they’re fitted with cameras don’t fly within 50 metres
of people or buildings… but apart from that, go crazy! Drone enthusiast
Nigel Wilson, 42, didn’t heed this legal advice, and decided to fly his
mini aircrafts over and around Premier League football stadiums (even
startling police horses at Anfield), parliament, HMS Belfast, the Shard
and, er, Buckingham Palace. Not surprisingly, he was fined £1,800 and
was the first person prosecuted by the Crown Prosecution Service for
using drones.

Until they become self-aware and start getting sent back from the future to demand our clothes, boots and self-balancing boards, robots are our friends. Not according to a 60-year-old drunk guy in Japan, though, who was arrested last month for lashing out at a robot in a shop. The Japan Times reported that the chap lost his rag with a staff member in a SoftBank store, but took out his ire on the $1,600 emotion-reading robot, named “Pepper”, giving him a hard kick to the circuit boards. It is not known if Pepper reacted by blasting the man with a Street Fighter-style Sonic Boom, or if he even has that capability. 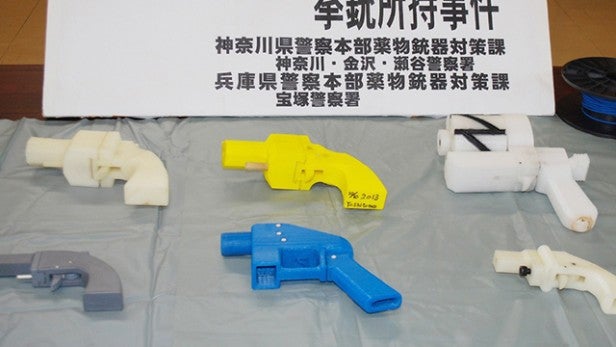 Yes, 3D printers can get you in to big trouble with
cops… If you print guns. Last year, a man, 27, was arrested in Japan
after he posted snaps of his printed firearms online. Seeing as Japan
has strict gun laws, this was perhaps foolish. Five guns were found,
with two appearing to be functional. No bullets were found and the
suspect claimed to not know what he’d done was illegal. A man was also
arrested in the UK on suspicion of printing guns, but it turned out he
was actually just printing pieces to assemble another 3D printer, saying
“ I have no idea why they think it is part of a gun. It’s designed by
the company that makes the printer to go in the printer to make it
better.”

Security at airports are a bit twitchy about bags buzzing and shaking, tends to set guards on edge. So whatever you do, don’t leave your baggage unattended if you’re the groom on a stag do. Type in “stag do prank sex toy” (you’ve probably already got the gist of what happens now to be honest) into YouTube and you’ll see one hapless Brit gets his bag searched because his pals have strapped a sexual aid to a bottle of water before boarding a plane to Budapest. The guard finds it, the men collapse in fits of laughter. Oh the bants, the ferocious bants. The groom is then arrested and sentenced to 18 months in prison on terrorist charges and his fiancé leaves him. Just kidding – they all go on to have a lovely time.