A few new emoji are great and all, but we want more, Mr Zuckerberg…

Facebook has finally launched its new reaction buttons and the world has come to a standstill. Your ability to ‘like’ posts has now been expanded to include ‘love’, ‘haha’, ‘wow’, ‘sad’, or ‘angry’.

If we could react to this news it would most certainly be with an underwhelmed emoji. Unfortunately, Facebook has not provided for such a response. In fact, we feel that Zuck and co. have left out some pretty important reactions which should be added immediately.

With that in mind, we’ve put together a list of reaction buttons that will actually come in useful. So take a look through the list and if you can think of any we’ve missed let us know in the comments. 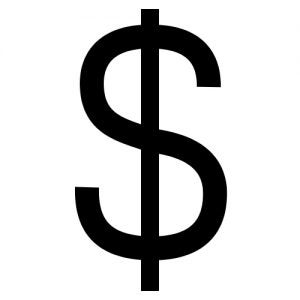 Symbol: Dollar sign
Raising money for charity is a good thing, obviously, but few of us have enough cash to sponsor the same friend every time he decides to grow a patchy little moustache or run 2K for a good cause. This is where the “I’ve donated” button comes in. To be used in tandem with the Like button, this would show you acknowledge the challenge your mate is facing while at the same time saying “but I already gave him £20 – yeah, £20! Bit too much actually, I’d had a wine – last year, so I’ll just be sending an encouraging text this year. DON’T JUDGE ME!”.

Symbol: Sideways thumb
So we have a like button, the thumbs up, and we’ll have a dislike button, the thumbs down, but this one would be the “meh” button and would be that sideways thumb that Roman Emperors liked to hold out while making up their minds whether to send a tiger out to chomp up the gladiator. This would be for when a friend says something so comfortingly bland (“Raining again but I don’t mind it” or “beans are good”) that you click this button just as a little way of saying “yep, read that”.

“I know you’re talking about me” button

Symbol: Waving hand
“Why do some people just not get it?” – yeeeah, erm, seeing as we literally just had a conversation a minute before you posted this where I apparently didn’t get something, I *think* this status might be something to do with me. Hello! “Gonna log off now, certain people are doing my head in!” – STOP IT!

Symbol: A little warrior figure
This is a button that you can only use once. After you’ve pressed it, the havoc it wreaks means you’re immediately deactivated and banned from Facebook for life. So use it wisely. If you don’t happen to know what Leeroy Jenkins refers to, look it up on YouTube (and where have you been?). When Facebook all gets a bit much for you, when you’ve absolutely had it up to here with babies, plates of food and other peoples’ running stats, click little Leeroy and the battle cry will sound, before a little computerised man runs onto the screen and destroys the feeds of everyone you’re friends with.

Symbol: Raised hand
“Right, sorry everyone, I’m doing a Facebook friends cull! If you can still see this message it means you’re one of the lucky ones!”. How arrogant are these schmucks? This is the kind of friend you don’t need on your feed. If faced with such an individual, click the raised hand, which will not only let them know you’re unhappy with their actions, but will also automatically unfriend the perpetrator before he can have the pleasure.

“This is a lie” button

Symbol: A bull taking a well, you know…
Oh, your toddler really said that did she? That just naturally happened did it, you didn’t spend three hours staging that picture? Lie bag! That comical exchange – that sounds a lot like something from a sitcom – really just occur at work? STOP FIBBING YOU FIB FACE! Of course only fun-hating folks would actually use this button, but it’d still be nice weapon to have on standby, like a nuclear missile used purely for defence, making people think twice before posting these kind of updates.

“You got married years ago, get over it” button

Symbol: Decaying wedding cake
Who are these people who routinely change their profile pic to a picture of them as a bride or groom, despite getting married in 2009? How do they manage to upload a new album of pics from the same wedding on a monthly basis? Why do we need to be reminded how much they love each other? Something’s not right there. You know that if you ever had a good look around in their (strangely quiet) house you’d find something horrible, in the attic, in a dress made of human skin.

Symbol: Go Away sign
Sarah is on holiday, she’s changed her profile pic to her on the beach. Frank “Likes” this. Funny, Frank only really ever likes these kind of pics, and never posts anything himself, other than the occasional “mmm, looking good!” comment. Frank is not good people. One dash of the “You’re being creepy” button should put him off… erm… whatever he’s sitting there doing.

Symbol: Tombstone or skull
We all love a good moan among friends, but sometimes people are just a little bit too pathetic. So next time you see a friend fishing for sympathy because they “woke up to find there was no milk left, FML” or because “my new car won’t be delivered until Tuesday now! ARGH!” just click the perspective button and the little skull will light up and remind them that we’re all going to die pretty soon, and nothing really matters. Have a good day.