A smartphone with buttons on the back? The jury is still out on whether the LG G2 Android smartphone is a stroke of creative genius or simply just a sign that LG is running out of ideas on how to catch up with the iPhone 5 and Samsung Galaxy S4.

LG is not the first to try and do something a bit different. Some of the best ideas often end up finding their way into other smartphones later down the line. However, some supposedly ‘innovative’ ideas should be consigned to a filing cabinet with the words ‘Do not open’ etched on the front.

These are five of the worst offenders when it comes to producing phone designs that should never be brought back to life ever again. 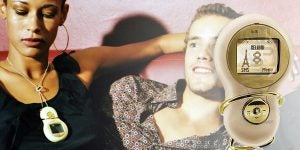 The phone you wear around your neck – what could possibly go wrong?

Available in a host of equally
ridiculous looking designs, the Xelibri was Siemens’s attempt at breaking
into the world of fashion phones.  The concept was to appeal to
consumers’ sense of fashion and style instead of giving them cutting
edge handset with great features.

The result was a series of collections
including this Tamagotchi-looking number. Reportedly only 720,000 units
were sold and the project was canned in 2004. Whether it was the
five-way directional pad or the slither of a screen, the Xelibri range
was a crime against decency let alone fashion. 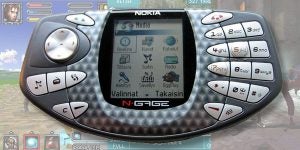 Way back before we could play Infinity Blade or N.O.V.A on a phone, the Nokia attempted to take on the Gameboy by unleashing this gaming/mobile mash-up device.  The combination of a grossly hideous look and major issues with the button layout was a recipe for disaster.

Nokia reportedly sold two million units but not even the smaller Nokia N-Gage QD could save N-gage from the scrapheap. Nokia closed down the service in 2010, after which the games continued to live on the Nokia Ovi Store. Well, until they closed that down as well. 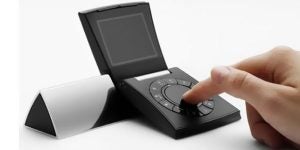 A short-lived partnership, Samsung teamed up with the high-end audiophiles at Bang & Olufsen for a phone that aimed ‘to enable comfortable and convenient communication.’ The clamshell phone featured a circular, iPod clickwheel-style keyboard and a loudspeaker up top. It also featured an internal motor so the Serene could open and close itself.

Key design issues included the not so user-friendly keyboard layout and a ridiculous camera lens that lived on the side of the phone. It also needed a screwdriver to access the SIM card and battery. At £900, this was a luxury phone to avoid for so many reasons. 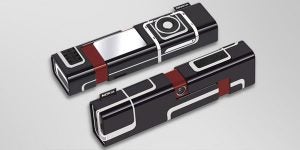 Not an MP3 player. Or a lipstick. We’d rather have either though.

Also known as the ‘lipstick phone’ the Nokia 7280 packed loads of features into a really tiny handset. Nokia decided to
turn the clock back and opted for a rotary dial instead of a keypad, used to to
dial numbers, write texts and get around the menu.

The
Art-Deco-style brick had 50MB of internal memory, Bluetooth, a VGA
camera and best of all, a mirror. It was an arduous process to type out
numbers, you couldn’t play games on it and as a phone really didn’t do
anything that you’d expect it to do very well. 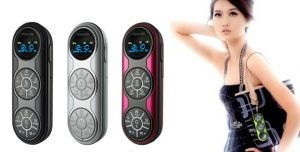 We had a look at the Toshiba G450 and it’s fair to say that we didn’t have much love for this ‘unique four-in-one innovative mobile device’. A mobile phone, HSDPA USB modem, 160MB MP3 player and USB storage device, it was priced at around the £150 price mark. It featured a three circle design with the middle and bottom ones housing the number pad.

The one on top featured a tiny OLED screen leaving you little room for viewing. Toshiba might have got away with this 10 or 15 years ago, but the G450 was woefully under-featured and looked more like an USB stick than a phone. It’s straight to Room 101 for the Toshiba G450.

After all that we don’t feel so bad about the LG G2’s rear buttons. What is your favourite godawful phone of the past?

Next, read our comparison of the LG G2 and Samsung Galaxy S4