OPINION: Damien McFerran looks back 30 years after the Commodore Amiga was launched and the games that made it a legend.

The Amiga celebrates its 30th birthday this week – a fact that will probably make many people reading this feel very old indeed.

Commodore’s seminal 16-bit platform was initially marketed as an affordable home business machine, but was something of a Trojan Horse for many youngers. Doting parents purchased the system under the pretence of assisting their offspring with their homework, but the computer was instead used for mammoth gaming sessions thanks to the flood of amazing games it played host to.

The first model – the Amiga 1000 – launched in 1985 at a star-packed event which included the likes of Andy Warhol and Debbie Harry, but it wouldn’t be until the release of the A500 in 1987 that the machine really took off, leaving its bitter rival the Atari ST well and truly in the dust. 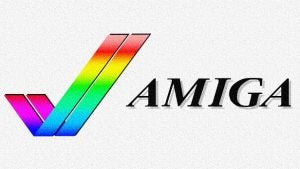 Further hardware variants would appear – including the A500+, A600 and A1200 – but it would be the standard A500 edition which confirmed the brand’s status as a true gaming legend. Six million units of the A500 were sold, most of which will have been used to play classics like Shadow of the Beast, Speedball 2 and Turrican rather than running boring spreadsheets and word processors.

As a kid growing up in the late ’80s and early ’90s, you will have fallen into one of two camps – the have and the have-nots. Every schoolchild of the period will have known some lucky so-and-so with an Amiga at home, and playgrounds up and down the country hummed to the tune of kids arguing about which was best – Commodore’s machine or the Atari ST

The Atari ST was the leading 16-bit home computer when the Amiga 1000 launched in 1985 but slowly lost market share. Being an ST owner at the end of the ’80s was a depressing experience, as more and more smash hit titles became Commodore exclusives.

It couldn’t last however, and the emergence of Japanese consoles like the Sega Mega Drive and Super Nintendo put an end to the Amiga’s good run. Commodore tried to hold on with systems like the CDTV and CD32 – the latter being a consolized Amiga with the CD-ROM drive attached – but by 1994 the company was declared bankrupt and liquidated.

However, the brand name is far from dead – there’s a Commodore phone coming out soon – and the Amiga’s birthday is well worth celebrating, as these 10 essential titles prove beyond doubt. 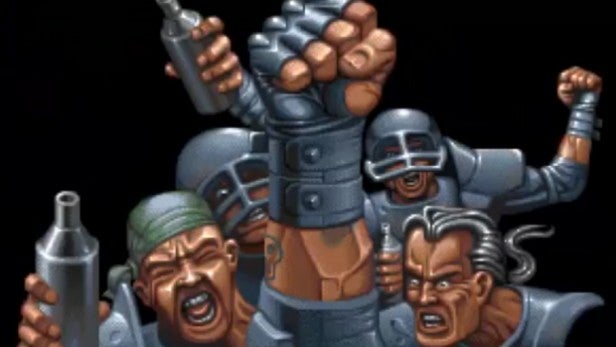 The Bitmap Brothers were treated like rock stars back in the ’80s and ’90s, and with very good reason – they created some of the most iconic and playable titles of the 16-bit period.

Speedball 2 is arguably the studio’s masterpiece, offering a violent take on soccer which tests both your reflexes and the strength of your friendships – during the Amiga’s days, many long-standing childhood relationships were irrevocably broken thanks a particular tense game of Speedball 2.

The title has been ported to numerous formats over the past few decades, but none have managed to capture the magic of the Amiga original. 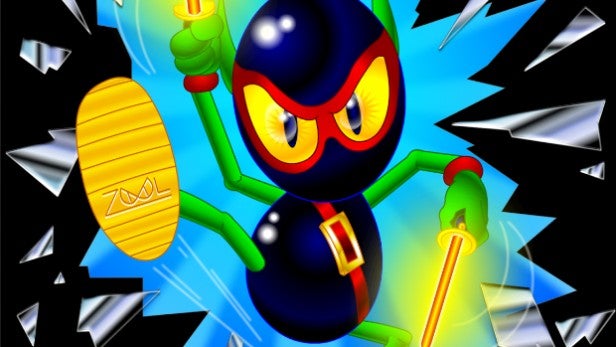 Nintendo had Mario, Sega had Sonic, and the Amiga had – well, quite a few mascot characters, actually. There was James Pond the Underwater Agent and the incredibly playable Superfrog – both classic platformers that gave their console rivals a real run for their money.

However, it’s arguably Gremlin’s Zool which takes the crown as the Amiga’s best plaforming epic.

Showcasing an alien ninja who was as fast as Sonic and as agile as Mario, Zool was so popular that it was ported to other systems and even enjoyed an arcade release.

One of the games that proved that Commodore’s computer could go toe-to-toe with the best consoles of the period, Zool remains surprisingly playable and intensely challenging, even by today’s standards. 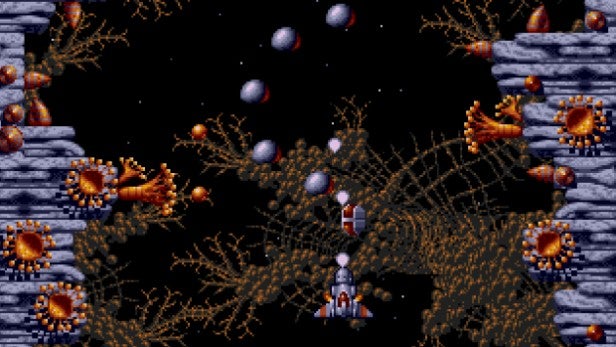 Another Bitmap Brothers epic (although the actual coding was handled by The Assembly Line) and one of the most enjoyable vertically scrolling shooters on any system, Xenon 2 certainly lives up to its “Megablast” subtitle.

The trademark chrome-like visuals of the Bitmap Brothers really shines in this particular title, which mixes together metallic ships with gruesome organic alien designs.

One of the most unique elements of the game is that the player can stop the screen from scrolling upwards by pulling their ship down to the bottom of the screen, and can even reverse the scrolling to a certain degree.

Xenon 2 is a graphical treat but also sounds amazing – the Amiga’s talent for handling sampled sound was put to good use with the Bomb The Bass track Megablast (Hip Hop on Precinct 13). 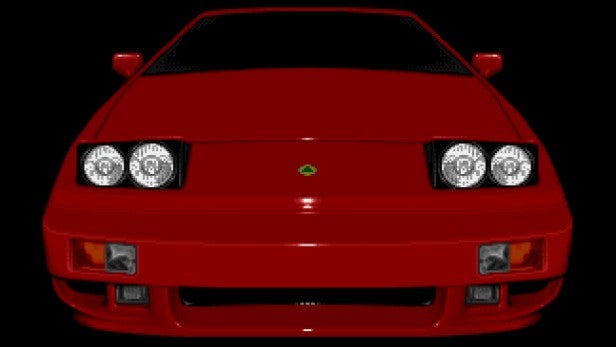 Modern racing games are awash with officially-licensed vehicles, but back in the Amiga’s day it was the exception rather than the norm to have “proper” cars in a video game.

However, the fact that Gremlin’s title holds the official Lotus license and showcases the company’s famous Esprit Turbo SE means little in the grand scheme of things. It’s the amazing arcade-style gameplay which makes this title such a hit.

Sequels followed and the format was successfully carried over to the SNES in the form of Top Gear (albeit with fictional cars), cementing the franchise’s status as one of gaming’s best arcade racing experiences. 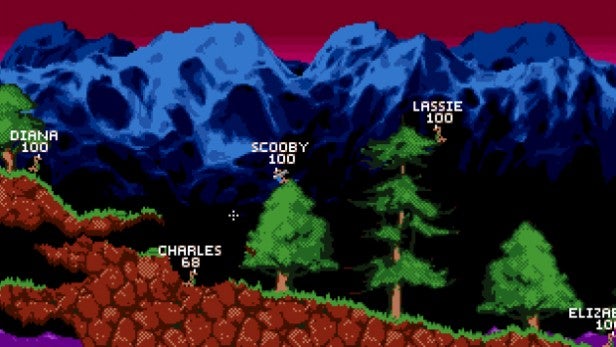 Infectiously playable, if not entirely original (it’s pre-dated by the likes of Artillery Duel and Scorched Earth). Worms is arguably one of the defining games not just of the Amiga period, but of the 16-bit era in general.

The simplistic concept – allied with that all-important social play element – make it a total riot, and it’s little surprise that the franchise is still going strong even after all this time.

Despite the numerous updates, ports and inevitable leap into full 3D, the original game still feels like the most fun, thanks largely to the purity of concept. A classic. 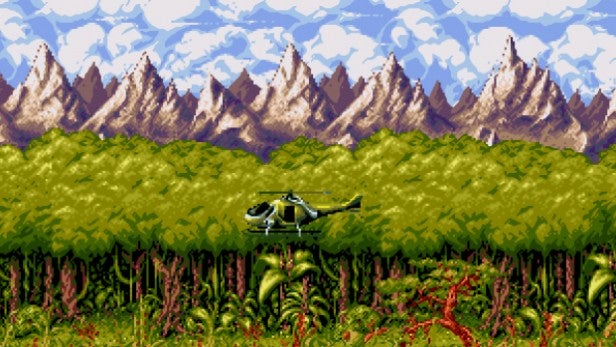 Sensible Software – along with Team17 and the Bitmap Brothers – is a studio which will forever be linked with the Amiga. The company produced some amazing games for Commodore’s computer, but perhaps the most infamous is Cannon Fodder.

A cartoon-like but surprisingly powerful take on modern warfare (lost soldiers are represented by a growing hill of gravestones on the mission select screen), the game’s mouse-driven interface allows for surprisingly graceful play.

Sensible caused a minor furore when it planned to use a poppy on the game’s cover until complaints from various sources, including the British Legion, forced a change of heart.

Critics claimed that the title glorified war and disrespected those who had fallen in combat, which is ironic given the strong anti-war message at the core of the title. Controversy aside, Cannon Fodder is another must-have Amiga title and unsurprisingly was ported to various machines shortly after its 1993 launch. 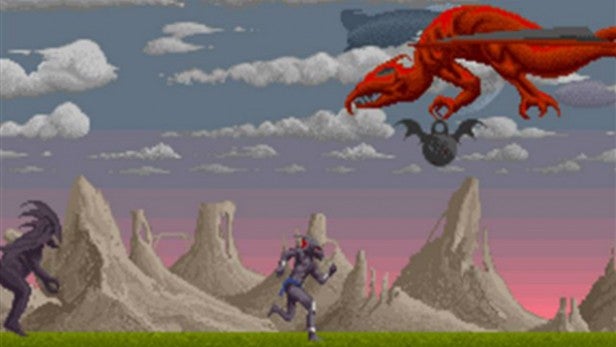 7. Shadow of the Beast

Shadow of the Beast isn’t actually that amazing from a gameplay point of view – in fact, to play it today, it feels hopelessly simplistic and limited.

However, it still has the power to captivate thanks to its amazing visuals, unique atmosphere and crazy-smooth parallax scrolling, all of which were truly mind-blowing when it launched back in 1989.

While the gameplay perhaps hasn’t stood the test of time as well as the overall presentation, Shadow of the Beast remains a classic – and as was the case with almost all of Psygnosis’ games of the period, boasted an amazing logo and striking cover artwork on its packaging. 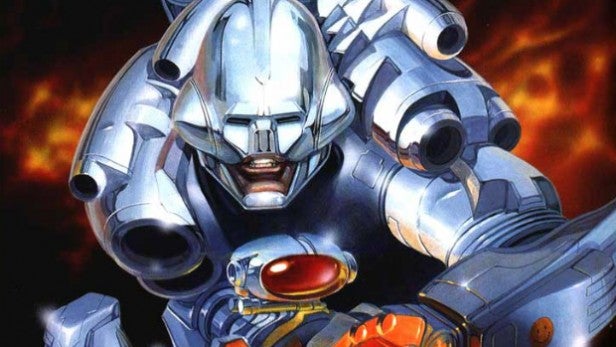 Although it originally launched on the Amiga’s forerunner, the Commodore 64, it would be the 16-bit version of Manfred Trenz’s run-and-gun epic which would really blow gamers away.

Packed with enemies to destroy and boasting massive open levels which beg to be explored, Turrican is all the proof you need of the Amiga’s ability to showcase intense action titles.

As with so many classic Amiga games, the soundtrack plays a massive part in its appeal. Chris Huelsbeck tunes have rightly gone down in Amiga history as some of the best ever. 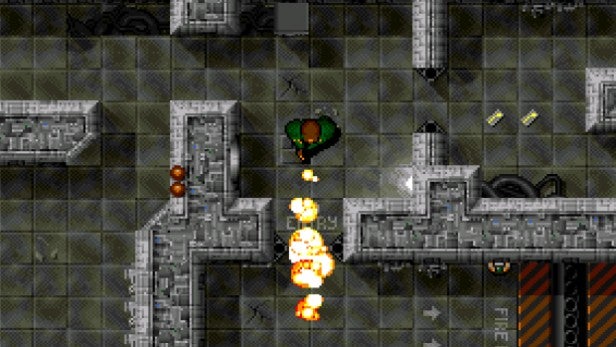 Team17 is perhaps most famous for Worms, but this frantic top-down shooter is just as worthy of praise.

Another title that illustrates the Amiga’s aptitude for fast-paced arcade titles, Alien Breed’s impact is such that it has recently enjoyed a new lease of life on smartphones. 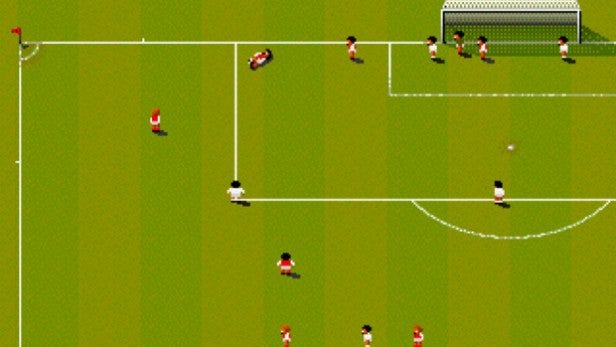 FIFA and PES may be fighting for the attention of football fans on modern consoles but many will tell you that digital soccer never got any better than this Amiga offering.

Featuring Sensible Software’s typically cute character sprites, the game benefits from a wide view of the play field, tight controls and that all-important ability to apply bend to your shots.

The controls are incredibly simple and this helps make the game accessible to all players, but there’s plenty of room for skill.

Sensible World of Soccer would follow and added in a surprisingly in-depth manager mode, and would rightly be ranked as the best Amiga game of all-time by Amiga Power magazine.