Yes, a Commodore phone is happening. When it launches here’s our list of games we want to play on the handset right away.

This week we learned that a new smartphone sporting the legendary Commodore brand is set for release.

Commodore was a major player in the tumultuous home computer market of the ’80s. The C64 was a much beloved 8-bit computer that proved to be extremely popular with western gamers in the ’80s, while the sophisticated and pricey Amiga line had a dedicated cult following even as Windows PC fever took hold – again, largely thanks to its gaming capabilities.

In reality, the Commodore PET has absolutely nothing to do with that original computer company, which went bust more than 20 years ago. The Commodore trademark is now owned by a pair of Italian entrepreneurs, and it is they who are launching the Commodore PET.

However, besides the obvious branding, the PET will tip its hat to the classic computer company by coming with a pair of game emulators – one for the C64 and one for the Amiga.

Thinking particularly of the C64, we thought we’d examine some of the retro gaming delights we can look forward to playing through the Commodore PET’s VICE C64 emulator.

Mayhem in Monster Land arrived right at the tail end of the C64’s life in 1993 – an astonishing 11 years after the computer’s initial release.

Suffice to say, the C64 was already yesterday’s news at the onset of the 16-bit console era. But it wasn’t going out before it had one last hurrah.

Mayhem in Monster Land was a technical marvel, a slick console-style platformer with a colourful mascot that wouldn’t have looked out of place on the more powerful NES or Sega Master System consoles.

Indeed, so improbably good looking was the game, it was rumoured that developer Apex Computer Productions had exploited a bug in the C64’s graphics chip in order to attain Mayhem’s smooth scrolling effect.

All in all, it was a fitting swan song for this hardiest of gaming machines. 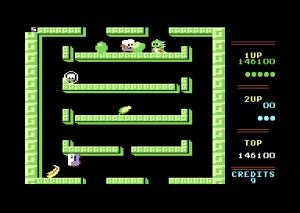 Sticking to the subject of slick 2D platformers, the C64 conversion of Taito’s wonderful Bubble Bobble arcade game was one of the finest of the era.

At the time, seeing it running or pictured next to the monochrome Spectrum version was was an exercise in humiliation for fans of Sir Clive Sinclair’s plucky affordable computer. This was arcade-quality(ish) home gaming years before the 16 and 32 bit consoles made similar claims.

Bubble Bobble itself still plays wonderfully today, and we’d urge you to track down a copy on whatever modern format you can. You play a dinosaur (or two, if you had a buddy/sibling with a joystick) who must bound around static levels, trapping enemies in bubbles before quickly popping them.

The novel mechanics, pace, and co-operative gameplay are pretty much perfect to this day, and the C64 version remains an excellent example. 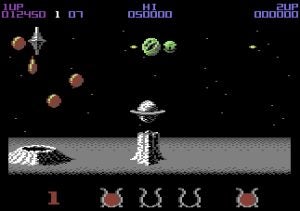 The C64 wasn’t lacking for great 2D shoot-’em-ups, but Wizball was something a bit different.

Ostensibly a side-scrolling blaster, it was set apart by the unusual movement of your craft. You essentially play a bouncing ball with a gun, forcing you to take your craft’s contrived flight path into consideration when dodging enemies.

This made the game’s glorious power-up system all the more, well, empowering, as they imbued your unwieldy craft with vital movement and defence-based enhancements.

As a result of its original and tight design, Wizball is one of the most distinctive and best loved C64 games ever made. 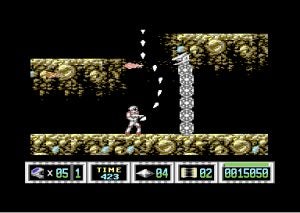 Taking elements of Metroid and Contra, Turrican and its sequel were two of the best platform-shooters of 8-bit era.

You play a typical space soldier, making your way through sprawling levels and blasting anything that moves. There’s a varied arsenal to call upon, including bouncing bullets and a Samus-influenced morph ball for getting through tricky gaps.

Turrican 2 was notable at the time for constantly throwing new and surprising elements at you at a time when many video games still resorted to grinding repetition.

This also means that it plays well today, so we’re looking forward to playing it on the Commodore PET. 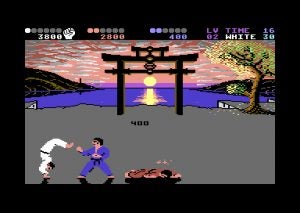 Think that Street Fighter was the first one-on-one beat-’em-up? You probably don’t, but let’s just pretend that you do for the sake of this piece. Thanks.

Ha! You’re wrong. There were actually plenty that preceded it, not least of which was the C64’s International Karate.

IK+ (as it’s commonly known) was a semi-sequel to that game, hitting the very same year as the first Street Fighter game, 1987. It holds a very special place in the hearts of certain gamers.

The main thing IK+ did was add a third fighter to the mix, which applied a fascinating twist to the genre’s typical two-fighter set-up. You didn’t want to be the one in the middle.

But the main appeal of IK+ was it’s engrossingly deep gameplay, with multiple beautifully animated moves that tended to be both more realistic and more damaging than those of modern fighters. 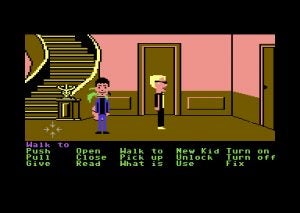 Maniac Mansion was the first ever LucasArts (at the time Lucasfilm Games) graphic adventure game, and the game that saw the creation of the legendary SCUMM engine.

As such, Maniac Mansion very literally set the template for such games as The Curse of Monkey Island, Sam & Max Hit the Road, and Maniac Mansion’s popular sequel, Day of the Tentacle.

It also set the tone for pretty much the whole point and click genre as we know it. Yep, it’s a pretty big deal.

But Maniac Mansion is also just a really good adventure game in its own right, filled with humorous writing and clever puzzles. Its story was an affectionate send-up of horror and B-movie tropes, with a witty, self-aware tone that was uncommon in gaming back then (and arguably since). 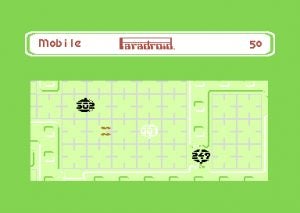 Paradroid’s simplistic presentation hides a remarkably sophisticated game that was way ahead of its time in many ways.

Your seemingly underpowered starter droid has the ability to interface with other droids and take control of them. Interfacing with those droids is executed through a neat little puzzle mini-game.

Successfully completing these sections so offers you access to the droids’ own unique combat abilities, which manifests itself in the game’s top-down shoot-’em-up mechanics.

Paradroid’s multi-faceted gameplay regularly sees it place highly in best-of C64 lists, so it’ll be one of the first games we try on the PET. 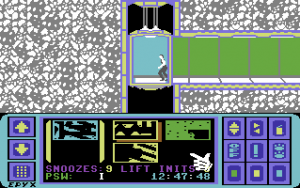 Along the way you must somersault over the killer robots that stand in your way, or else deactivate them through the computer terminals that are dotted throughout.

All of this is played out against an agonising six hour time limit, making the whole game into something of a protracted race against the clock.

The C64 version of Impossible Mission is the original and, many would say, best of the lot. 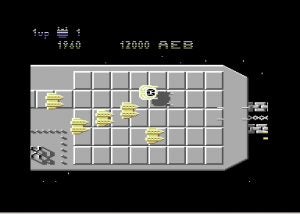 Here’s a startlingly fresh and slick 2D shooter that allows you to pilot your nimble fighter both left and right.

Rather than tackling traditional waves of enemies, Uridium has you scooting over and around the defences of sprawling capital ships, or Dreadnoughts.

When you’ve dodged and destroyed enough of the ship’s defences, you must carefully land your craft (itself an unusual touch) in order to destroy the Dreadnought and move onto the next stage.

Developed by Andrew Braybrook, the same coding genius that made Paradroid, Uridium was lauded at the time for its slick, fast-scrolling engine and responsive controls. 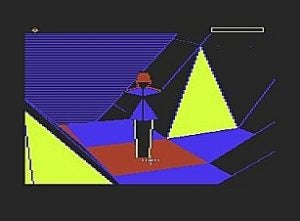 Geoff Crammond’s The Sentinel is notable for being the only game here to feature 3D graphics. And not just any 3D graphics, but proper filled-in 3D graphics.

It was pretty ahead of its time from a visual perspective, then, but The Sentinel was also a fascinating strategy puzzler.

It adopted a first person view, and tasked you with scavenging and managing finite resources, building new robots within your line of sight, into which you could then transfer your consciousness and continue your progress.

Sounds weird, huh? It is. It’s also totally unique and really quite absorbing.