‘Be the last man standing’ – it sounds simple enough, but surviving gladiatorial arena of The Culling is a complex business.

You’d have to be living in a cave not to have heard about this indie hit over the past month, as Steam users have flocked en-masse toward its Hunger Games homage. The concept is simple: a multiplayer FPS where sixteen players are released into a sprawling battlefield armed with only their fists. In order to survive the Darwinian wastes each must gather weapons, medicine and essential tools from various locations around the map or the cold corpses of their peers. The strong survive, the weak quickly perish.

So for the aspiring combatant we’ve prepared a list of ten things you absolutely need to know about The Culling before getting started.

Every other player is out for your blood and every little advantage must be taken in order to be victorious.

From caltrops to steel snares, The Culling features an array of traps that are often misused or simply discarded as people don’t know what to do with them. Many players place them in the doorways of nearby buildings, but after the game’s opening ten minutes, everyone has abandoned the indoors for the outside world. Even if the trap is set off and dents the player’s health, it’s unlikely to kill them and a health restoration machine is probably nearby to undo the damage. 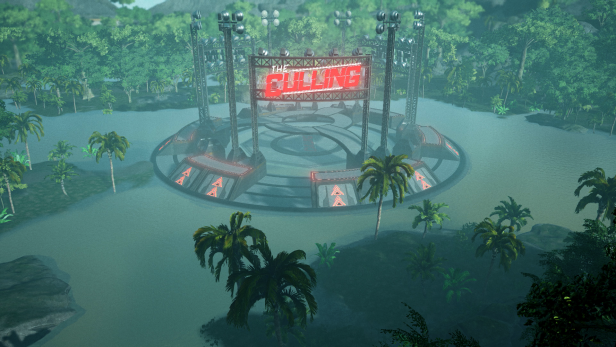 Instead, try placing your trap around an outdoor loot crate or item crate, not only can you wait around in some foliage for your victim, but if the crate is partially submerged in water then your prey is highly unlikely to notice the snare by their feet, making them easy pickings with a bow and arrow.

The special events of the central arena ‘Killswitch’ and ‘Loot Pinata’ present the highest risk and highest reward of any opportunities on the map. Most players choose not to run toward them when they happen, as they’re a risky business, but they also afford superb opportunities for securing high-quality kit and damaging enemies.

The trick is to play them as safely as possible without engaging in a foolhardy run straight toward the objective – this is likely to get you killed. Instead, find some dense foliage on the edge of the arena and wait until one or more parties appear in an attempt to secure the box  – you can generally judge how well armed and armoured they are immediately and whether it’s tactically sound to launch a surprise attack.

If you win out, you could secure the goal as well as whatever goodies your unsuspecting victim was packing.

Sometimes it’s better not to fight

There’s almost no chance of missing a nearby fight due to the cacophony of grunts and groans it produces. If you find yourself watching two other players slug it out then it’s important to plan your next move carefully. When one player is better armed and clearly wiping the floor with the other, it’s best to intervene against the stronger. Culling the weaker first will leave you with a hardier opponent to slaughter after the three way fight is finished. 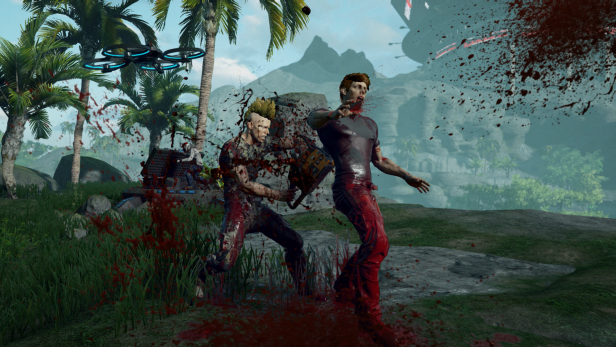 If, however, the two brawlers seem evenly matched, then it’s wisest to lurk in the shadows and wait for one of them to bite the dust. The remaining player will likely be heavily injured and easy pickings.

As gamers, common sense screams at us to run toward buildings when we’re empty handed. Ammo, weapons, health, these are all generally found under a roof. This wisdom is never more appealing than in The Culling’s opening stages, but watch out; if you’ve been beaten to the post you’ll most likely also be beaten to a pulp. It only takes thirty seconds to rush through any structure’s lockers and cupboards, and if you arrive a short time after someone else you’ll find yourself in a terribly unbalanced knife versus knuckles fight.

If no building is in sight when you spawn, search for natural sources of F.U.N.C like corpses or find a rock and stick with which to craft spears, knives, and traps. Going empty handed into any confrontation is highly inadvisable.

This is probably the game’s single most useful item outside of heavy weapons. The man tracker displays the direction and distance of the nearest enemy. There is absolutely no reason, other than throwing it at someone’s head in desperation, to throw this item away. Use it to follow potential victims from a distance (I hesitate to say ‘stalk’, after all, that’s a crime) and get the jump on them. 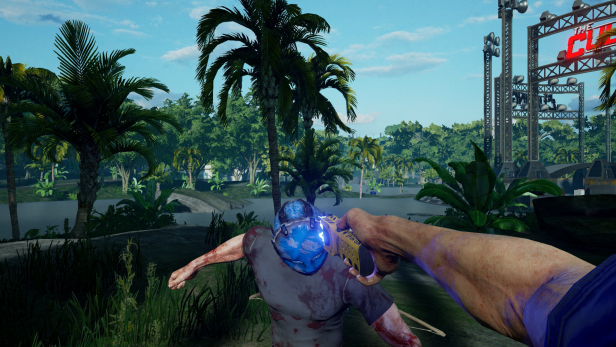 If you’re being followed by someone else with a man-tracker, it’s also possible to turn the tables. When in use the device gives gives of a high pitched bleep, like the motion tracker in Alien – listen to where it’s coming from and you can tell what direction your assailant is coming from. Try to lay a trap in between you and them.

Be mindful when choosing your perks and let it inform which items you keep and which you discard. If you’ve opted for Golden Arm, which offers a 100% damage increase in thrown weapons, you’re better off keeping that spear and ditching the tier three melee weapon you just picked up. Complimentary perks for this build would include Runs With Knives, which increases running speed when holding a blade, and Poking Deeply, which doubles the duration of bleeds applied by spears.

Make exactly the same considerations with the contents of your custom airdrop package. Think about your strengths and plan to exploit them.

Running away is futile

Once you’ve been spotted by another player and they’ve made their hostile intentions clear, it’s almost always best to stand and fight. Unless you’re packing the Leg Day perk and an Xplosive Runs stim there’s very little chance that you’ll put enough distance between you to lose them completely.

Running in a straight line makes you an easy target for any opponent with a bow, spear, gun, or other throwable weapon, which will deal extra damage from behind. Running in zig-zags might reduce this risk, but also means that your enemy can quickly close the game and nut you with a melee weapon. 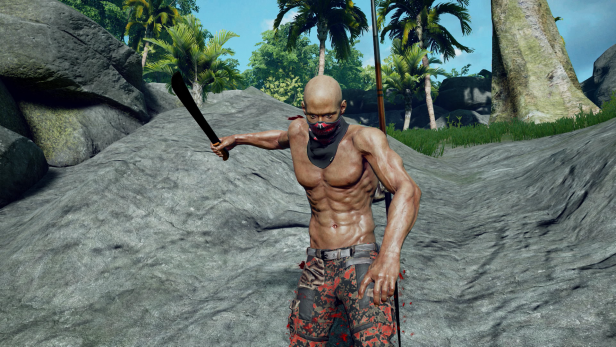 Your chances are better if you play stick around, block their attacks as much as possible, and try to whittle down their health. Some players will decide you’re too much bother and leave you be for the meantime.

The many poison gas canisters dotted across the map are a great resource and unlike most other resources in The Culling, they exist in abundance. If you spot an enemy waltz into a building with one of these toxic tanks nearby, detonate it as fast as you can – they’ll be caught in the cloud whilst indoors and probably have to walk toward its epicentre in an attempt to escape. You don’t even have to set them off manually – canisters can be remote detonated by throwing weapons at them, allowing you to set your trap and escape in the shortest time possible.

Related: Everything we know about Call of Duty: Infinite Warfare

Poison gas is also one of the only viable methods of escape when faced with a better equipped opponent. If you’re closer to the gas canister than they are, detonate it as fast as possible and run in the opposite direction. Unless they want a lungful of green nastiness, they’ll be forced to retreat.

If you’re carrying a bladed weapon then it will apply a bleed every time you strike: make as much of this effect as possible. Once you’ve landed a clean hit back off, try to block their attacks, and let the bleeding deplete their health. Once the bleed has finished repeat the process again and you’ly slowly whittle your opponent down. 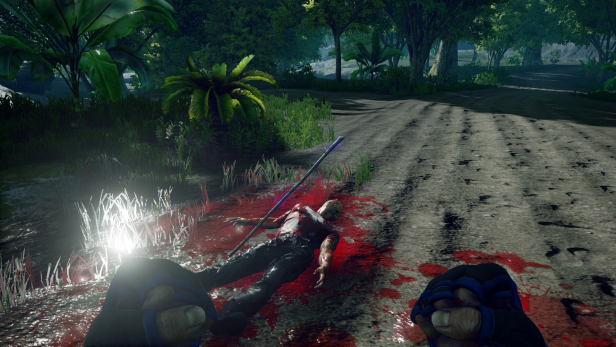 Do not repeatedly strike with bleed-applying weapons when it’s not necessary as the effect doesn’t stack.

F.U.N.C, the game’s resource which is used to open crates and call down airdrops can be found all over the place. Any inventory item can be converted directly into F.U.N.C. at one of the conversion machines dotted around the map, so if you feel like that machete simply isn’t what you need, be sure to trade it in rather than throw it away. The map itself also features two other sources of F.U.N.C. : corpses, and canisters, both of which immediately top up your currency. Keep an eye out for these, especially the corpses which appear more regularly. The sound of buzzing flies generally indicates that one is nearby.