Surface Laptop vs MacBook Air: The MacBook Air has been the go-to lightweight laptop of choice for many, but Microsoft has a new challenger in the form of the Surface Book. Here’s how the two compare.

Microsoft recently launched the new Windows 10 S alongside a shiny new device on which to show off the software: The Surface Laptop.

At around the £1000 mark, this isn’t a cheap laptop by any means, but there’s no denying the sleek design and effort that’s seemingly gone into making this a premium product.

Of course, the price point and attention to aesthetics puts it in direct competition with Apple’s dated MacBook Air. So, we thought we’d see how the two machines compare. Here’s all you need to know:

Microsoft might just be able to give Apple a run for its money with this latest device. There’s no screws, joins, or hinges visible on the new laptop, and the company has also managed to pack the speakers below the keyboard, in order to hide the speaker grilles and project audio directly at you from behind the keys.

Of course, you also won’t be seeing much in the way of screws, hinges, or speaker grilles on Apple’s famously sleek laptop, unless you closely inspect the base of the thing. The important thing to note is that both these laptops look great and convey the attention to detail both companies have put into their respective designs.

One area where Microsoft has Apple beat, however, is portability. The Surface Laptop measures 9.9mm at the front and 14.47mm at the back, thanks to its tapered design. Meanwhile, the MacBook Air comes in at 17mm, though at its edges it reduces to about 3mm. It’s also slightly heavier than the Surface Laptop. Microsoft’s machine weighs 1.25kg, while the Air weighs 1.35kg. These are small differences, but there’s no doubt Microsoft’s machine is the more slight and portable offering. 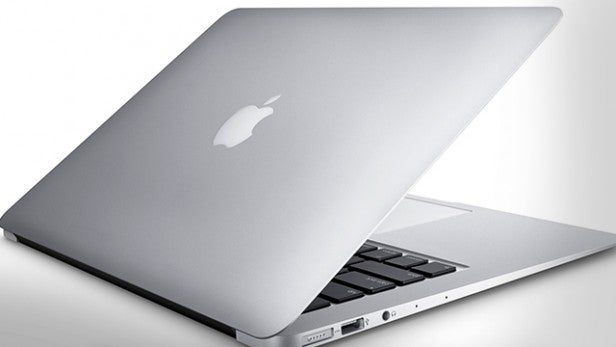 Microsoft has provided several colour options for its laptop: Platinum, Burgundy, Cobalt Blue, and Graphite Gold. Apple’s machine comes in either Space Grey or Silver. Both feature backlit keys but Microsoft has taken the liberty of outfitting the Surface Laptop with Alcantara fabric on the area surrounding the keys.

There’s no fuzzy keyboard tray on the MacBook Air, but whether that’s an issue will come down to your personal preferences. We’re yet to test out the keyboard mechanism on the Surface Laptop, but we found the keys on the Air to have a crisp, clean and light action, despite being slightly shallow. 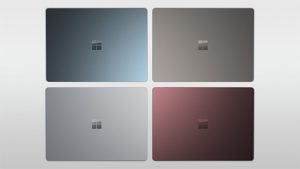 With the Surface Laptop, Microsoft has provided a 7th-generation Intel Core processor (i5 and i7 options available), along with either 4GB or 8GB of RAM, and a 128GB SSD, which can be expanded if you pay more. It’s a decent set of specs, though not quite top-end stuff. It should provide speedy performance, especially if you opt for the 8GB RAM version with any of the processor upgrades.

All the various configurations can be slightly confusing, so here’s a table of all the different setups available and how much they cost:

So, how does the MacBook Air stack up? Well, you’ll also find a dual-core Intel Core i5 or i7 depending on whether you want to upgrade. However the processors used in this laptop are 5th generation Intel chips, as opposed to the much newer 7th generation processors used in the Surface Laptop. This means they’re both less powerful and less efficient, and this becomes very obvious when you push the MacBook Air hard: the fans fire up to a cacophony and it gets very hot. 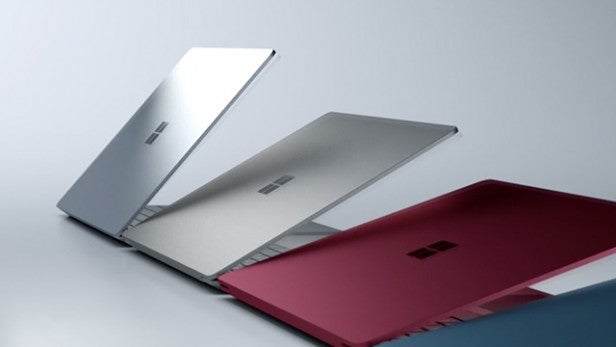 Aside from newer processors, The Surface Laptop also has an edge on the MacBook with its stylus support. You’ll be able to use Microsoft’s Surface Pen to doodle on your display and make notes if you feel inclined. And that display isn’t too bad either. Microsoft has provided a 13.5-inch, 3.4 million-pixel LCD touchscreen with a 3:2 aspect ratio and 2256 x 1504 resolution. That resolution on a 13-inch display should make for a sharp image, and we’re expecting it to be vibrant, too.

Apple, for its part, has kitted out the MacBook Air with a 13.3-inch LED-backlit screen featuring a 1440 x 900 resolution. That’s a significantly lower resolution than the Surface Laptop, and in this day and age is well below par, both in terms of resolution and colour coverage. It’s the weakest part of the MacBook Air and puts it well behind not just the Surface Laptop, but also most other premium Windows 10 machines. 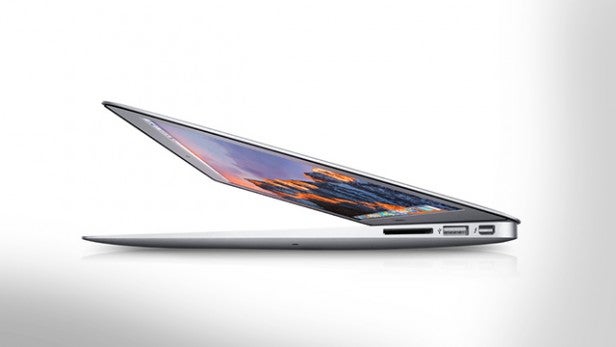 On the software side, you’ll find Microsoft’s new Windows 10 S running the show on the Surface Laptop. What is it? You can read our full guide to the new operating system here, but essentially, it’s Microsoft’s attempt to provide a stripped-down version of the WIndows 10 OS.

With a simplified, redesigned home screen, the new version of Windows only allows users to install applications from the Windows Store. It’s a more locked down version of the full OS that’s designed to give teachers and administrators more control over the system.

Naturally, the MacBook Air runs Apple’s own macOS Sierra. The latest version of the operating system, macOS Sierra, is a great iteration of the software, with a load of new features such as iCloud Desktop synchronisation, Siri integration, Apple Pay support built into Safari, and a load of other neat touches that make the OS a pleasure to use. 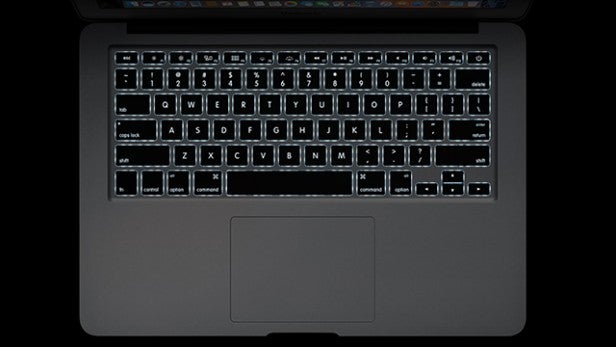 You can pre-order the Surface Laptop right now, with the device set to ship and hit stores on June 15. The basic configuration is priced at £979 in the UK and $999 in the US, while more expensive models will run you up to £2149 in the UK and $2199 in the states.

Apple’s machine is ever so slightly more affordable. The MacBook Air starts at £949 in the UK and $999 in the US, but could run you as much as £1409 ($1549) if you want the top-spec version. Apple seems to have abandoned the Air entirely, so don’t expect a new version to arrive any time soon.

Surface Laptop or MacBook Pro, which is best? Let us know your thoughts in the comments.